Did anybody else watch the world title fight last night between Jack Caterall and Josh Taylor last night ? I follow boxing on a casual basis as one of my favourite spectator sports and over the years have seen plenty of dubious decisions . Last night however was the final straw for me disillusioning me completely with the clear corruption involved . I accept that judges scorecards are to an extent subjective and often I admit I would have difficulty picking a winner either way but surely there could be no question of who won that fight . Catterall outboxed Taylor from he first bell and scored a knockdown ..... the verdict from every pundit watching was a comprehensive win for Catterall the lowest margin being by 5 rounds some by as many as seven yet Taylor got the decision . Three former world champions commentating all openly stated on air they were ashamed to be part of the sport . It seems there is no official independent overseeing of this sport in spite of the millions of pounds involved and one would think an expectation from the general public they are watching a fair contest . I personally have never seen such a blatent display of corruption in any sport . The only three people who thought Taylor won were Taylor and two of the judges in the split decision . Perhaps there are some on here who watched it and see it differently I'd be interested to hear . By the way I have no axe to grind in terms of wanting one or the other to win ... I actually had never heard of Catterall before the fight and have great respect for Taylor as a world class operator and undisputed champion .

Absolutely outrageous verdict.
A perfect example of why nobody should ever bet on the result of a boxing match.

Taylor said he only boxed at 60% of his ability and Catterall at 100% of his and he still won, Reckons Catterall was not good enough to beat him .
T

Remember the Alie vs Henry Cooper fight. Cooper won that fight!
I remember seeing an interview with the corner man who admited he cut Alies glove to give him time to recover.
Anything invloving large amounts of money is always going to have corruption.
Last edited: Feb 27, 2022
T

TiggerXFM said:
Remember the Alie vs Tommy Cooper fight. Cooper won that fight!
I remember seeing an interview with the corner man who admited he cut Alies glove to give him time to recover.
Anything invloving large amounts of money is always going to have corruption.
Click to expand...

Quite right, i've altered it for you

Splash it all over 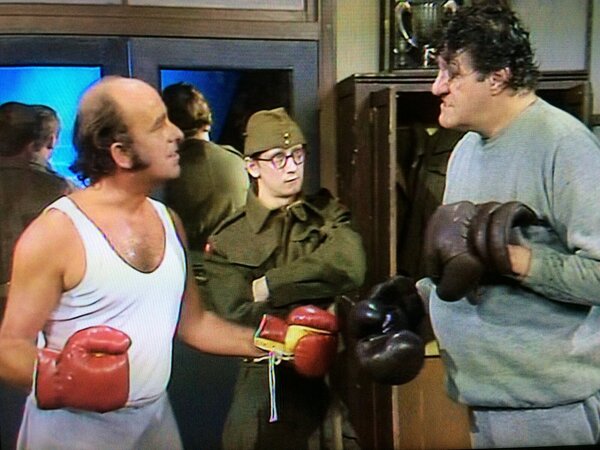 I’ve not watched the fight yet, as I was out last night, but my Facebook feed is nothing but posts about it, and everyone is saying the same. Not sure if anything can be done to correct the clear mistake, like an inquest or something, but there’s a petition going round, which I suspect won’t achieve anything.
Some of my friends went to watch it, and even Taylors local fans were saying it was the wrong outcome
G

even paddy power are refunding anyone who backed Catterall to win

It was a absolute disgrace, I have followed boxing for more years than I would like to think about and I have seen some s**t outcomes in my time and this was one of the worst

It was the first boxing bout l have watched in years, it will be years again until l watch another, it was a disgrace to say the least. Even the commentators were in total shock, the judges must have been on the take, and should be brought to task, to find out why the scored the fight the way they did.

Surely in this day and age, there must be some way to review this properly. The bout will have been filmed from multiple angles in high definition, surely it's not beyond the relevant authorities to appoint an independent panel to rewatch the bout and determine if the scoring was fair and correct.
T

If a fight is so contreversial then there should be a rematch.

TiggerXFM said:
If a fight is so contreversial then there should be a rematch.
Click to expand...

I dont really see how a rematch would prove anything with the same people controlling boxing and nothing legally anybody can do about what appears to be wholesale robbery of both the participants and the paying public . Catterall simply could not win any more comprehensively than he did without a knockout and since he is probably quite unlikely to knock taylor out as he isnt the heaviest of hitters from what I have seen it seems being a better boxer is irrelevant. I expect when it comes down to it the fact is Taylor is a known name around the world and holds all four belts therefore much more likely to be able to draw multi million dollar televised fights than an unknown name like Catterall ...... unfortunately for the promotors and the behind the scenes people pulling the strings Catterall hadn't read the script and proceeded to beat their man up giving them no option but to cheat !
Last edited: Feb 27, 2022

Added to which Taylor himself effectively ruled out such a rematch in his post match interview . primarily I suspect because he didnt fancy another comprehensive ass kicking such as the one he had just endured . If I was a betting man ( and as Peter said earlier you have to be a bit crazy to bet on boxing in the hope that the best man will win) I would say Taylor will move up a weight division for his next fight in order to avoid such a rematch.
T

He'd be better staying put, and taking thw rematch, if he moves up in weight I think he will find it harder.
If they had a rematch, he would prolly put up a better show having droped some rust off during the fight.

TiggerXFM said:
If a fight is so contreversial then there should be a rematch.
Click to expand...

Nothing controversial about the fight itself, it was the judges that caused the upset, so so corrupt.
T

nutmeg said:
Nothing controversial about the fight itself, it was the judges that caused the upset, so so corrupt.
Click to expand...

I do know that nutmeg.

There have been lots of fights where the blatant winner has lost on the judges scorecards.....controvercial.
S

I honestly cant imagine what fight the judges were watching who scored for Taylor it certainly wasn’t the one going on in the ring!! I have seen on facebook paddy power are actually paying out on cattarell
C

Assuming that the judges know something about boxing, it must be corruption as no one could possibly think Taylor won that fight.

Christmas in the Ads world ?

The 100 Greatest Comedies of All Time
2