So after a proper struggle down the canal yesterday for just a few fish I was back on my local commercial today for the first time in a couple weeks. It certainly turned out to be an interesting session as it really was like two rolled into one. The first half saw fairly bright sun that had masses rudd of averaging about an ounce going mad and a light and intermittent but awkward direction wind that meant when you occasionally got through the rudd you could hardly present a bait so only caught a few better fish. Second half though the sun went in which saw the rudd disperse and the wind dropped allowing better presentation allowing a decent number of the better fish to be caught.

Fished from about 8.45 to about 4.45 and in that time had 5 fairly typical commercial sized carp, about 15 good sized skimmers, probably pushing 50 just about acceptable roach, 1 tiny perch and must have been 80 odd mostly tiny rudd for I’d guess maybe 35lb. It really was a session of two halves as the first half probably saw 75/25 split of rudd to better fish with thankfully the reverse in the second half.

As per the last few sessions all fish were caught on the 13ft drennan acolyte ultra float rod paired with the 2500 shimano Sahara RD reel loaded with 3lb maxima to a 1g drennan loaded crystal insert waggler to a size 18 to 2lb drennan silverfish hook to nylon set up about dead depth in just over 5ft of water. The vast majority of fish were caught on single red maggot fished over loose feed of red maggots over frenzied hemp groundbait but I did have a few fish on caster, flake and punch first half when trying to no avail to avoid the rudd.

After being on my tod yesterday my grandad was back with me today. He did largely give up on really trying fairly early on due to the rudd but still had plenty of fish in the form of 3 carp, 3 skimmers, 3 perch, 30 odd roach and like me probably 80 odd flipping rudd for probably about 20lb.

All in all after a pretty disastrous first half the second half of the session recovered things well enough that it turned out to be another good session. Weather looks a bit iffy next weekend but if it’s not too bad I might have a last session here before the travel restrictions ease allowing a welcome change of scenery. I can happily spend ages on one bit of river given the generally nicer surroundings and more interesting fishing but too much longer on effectively a pond where only the skimmers are a good size will get samey soon. The place has been a godsend over the last few weeks though giving me reliable fishing close to home so can’t complain at all!

Few pics of the swim, one of the smaller skimmers, one of the bigger skimmers, a roughly stamp roach and the first carp of the day which I guess was slightly under stamp. 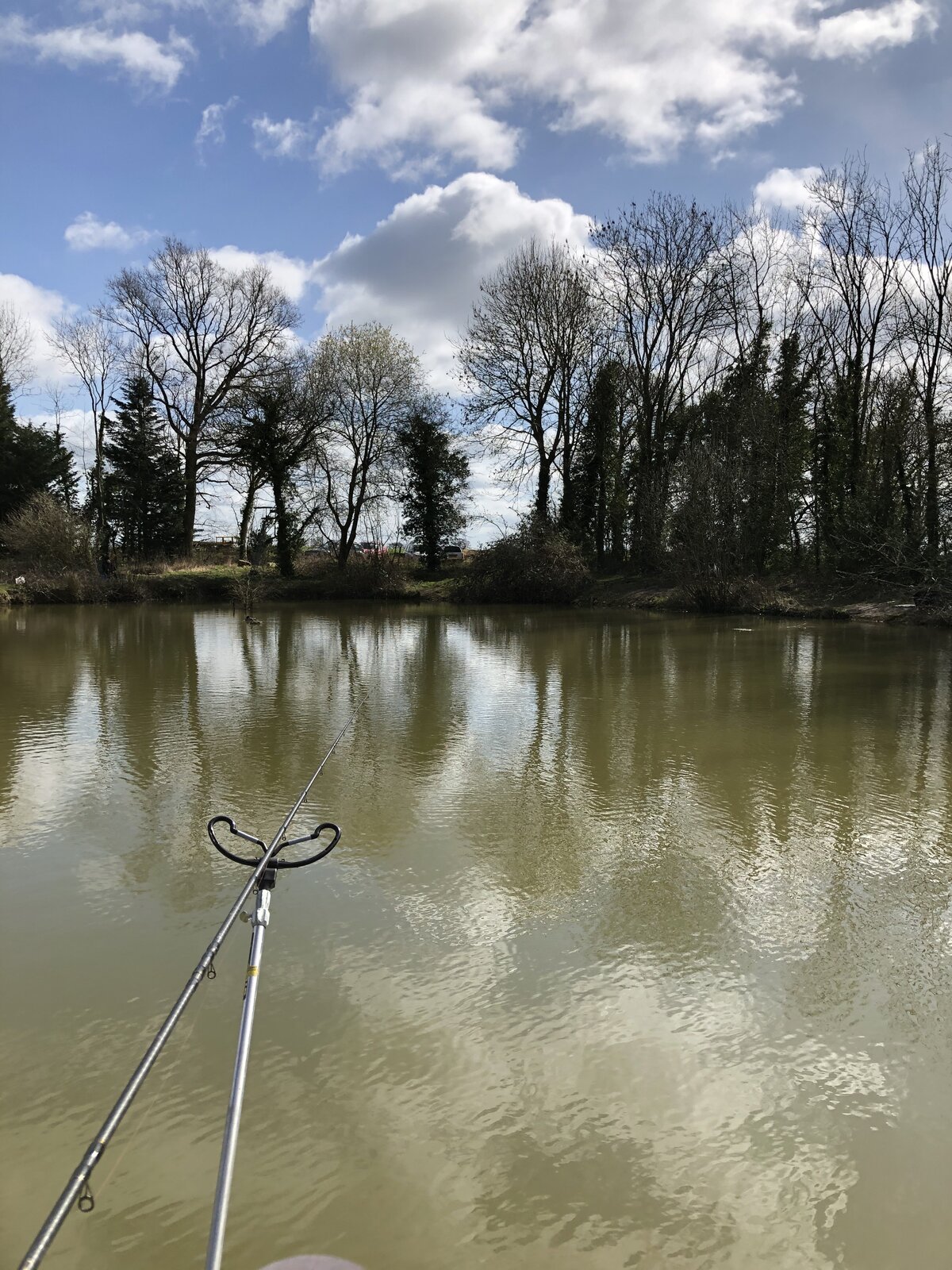 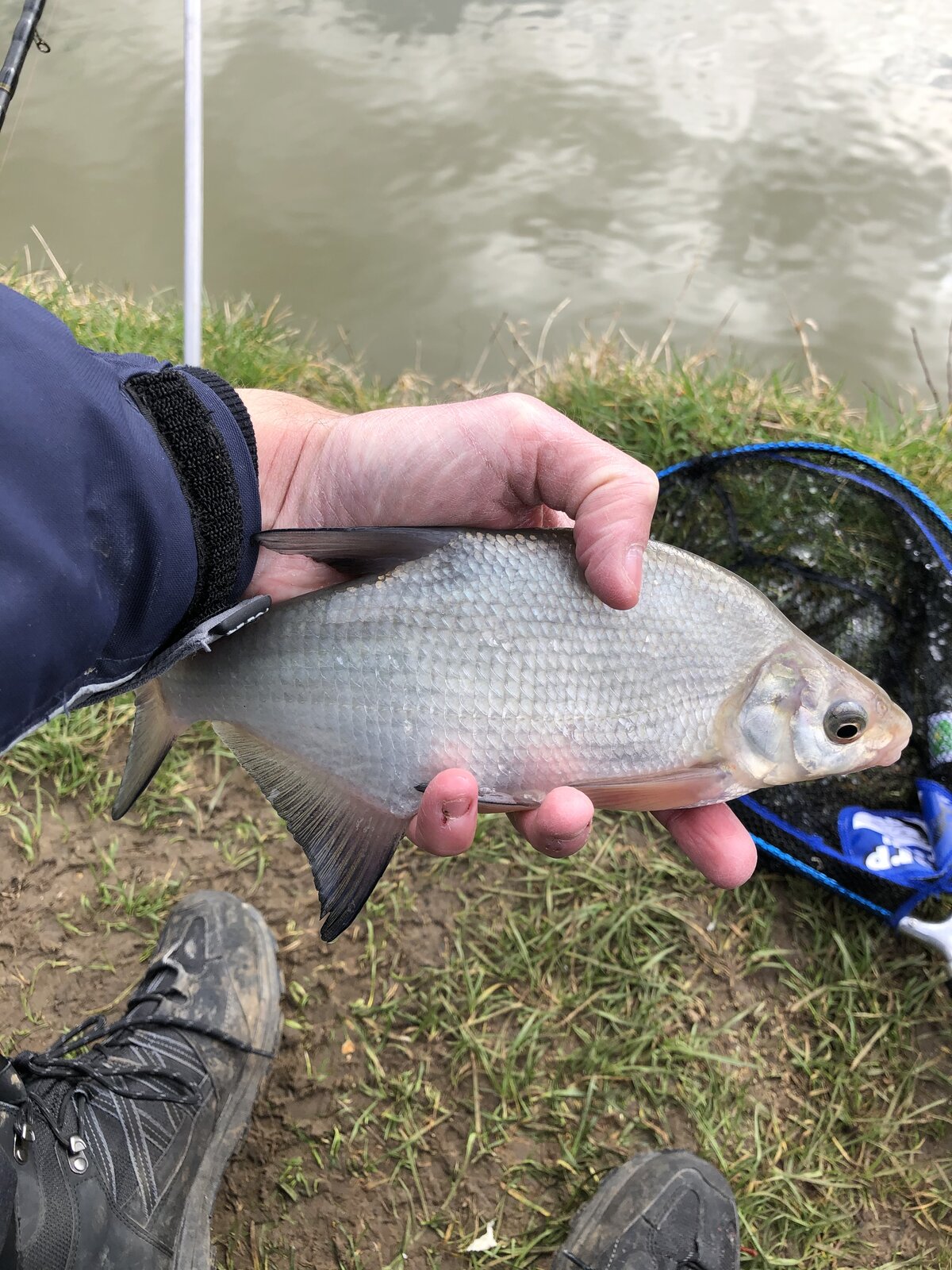 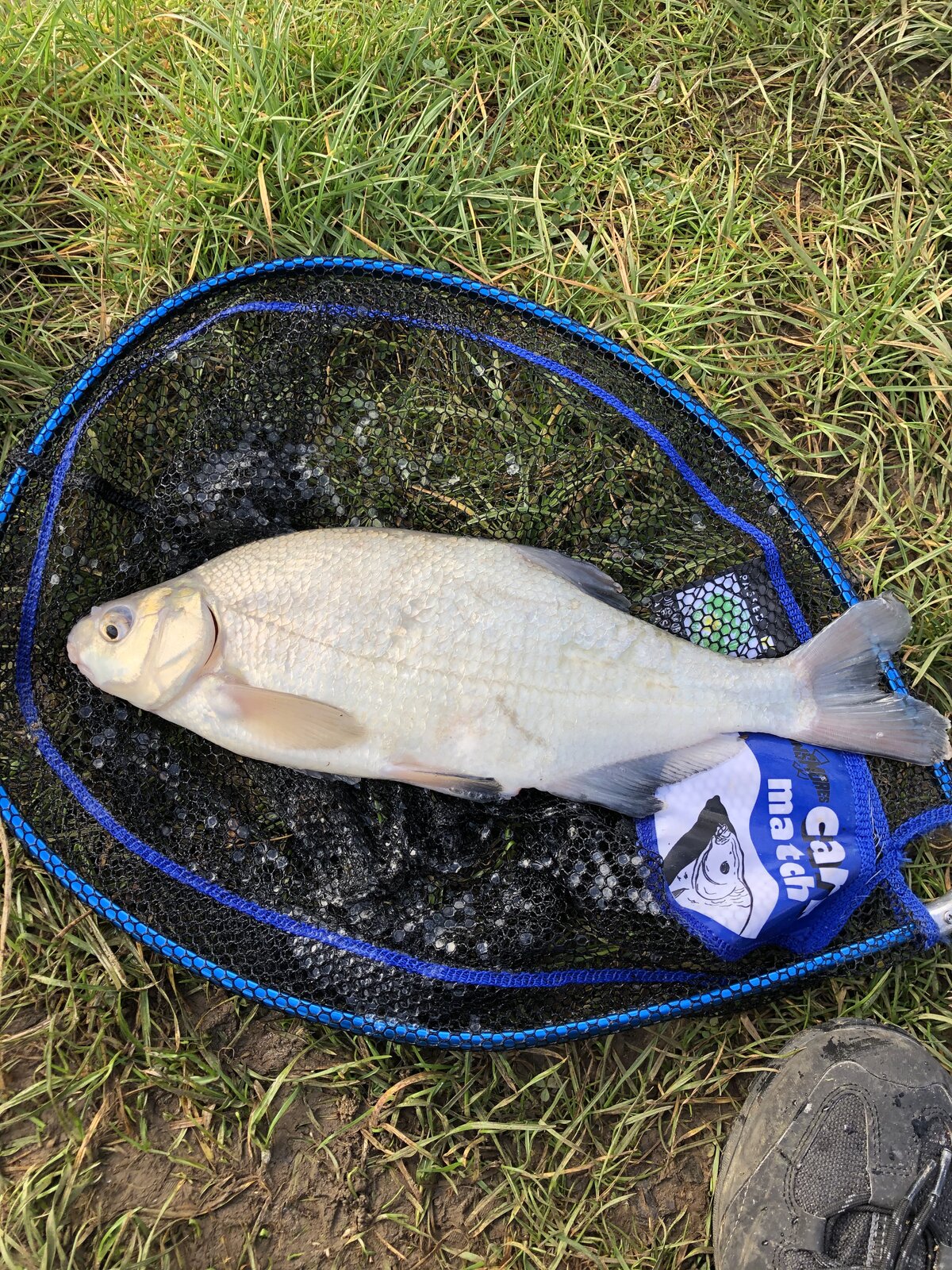 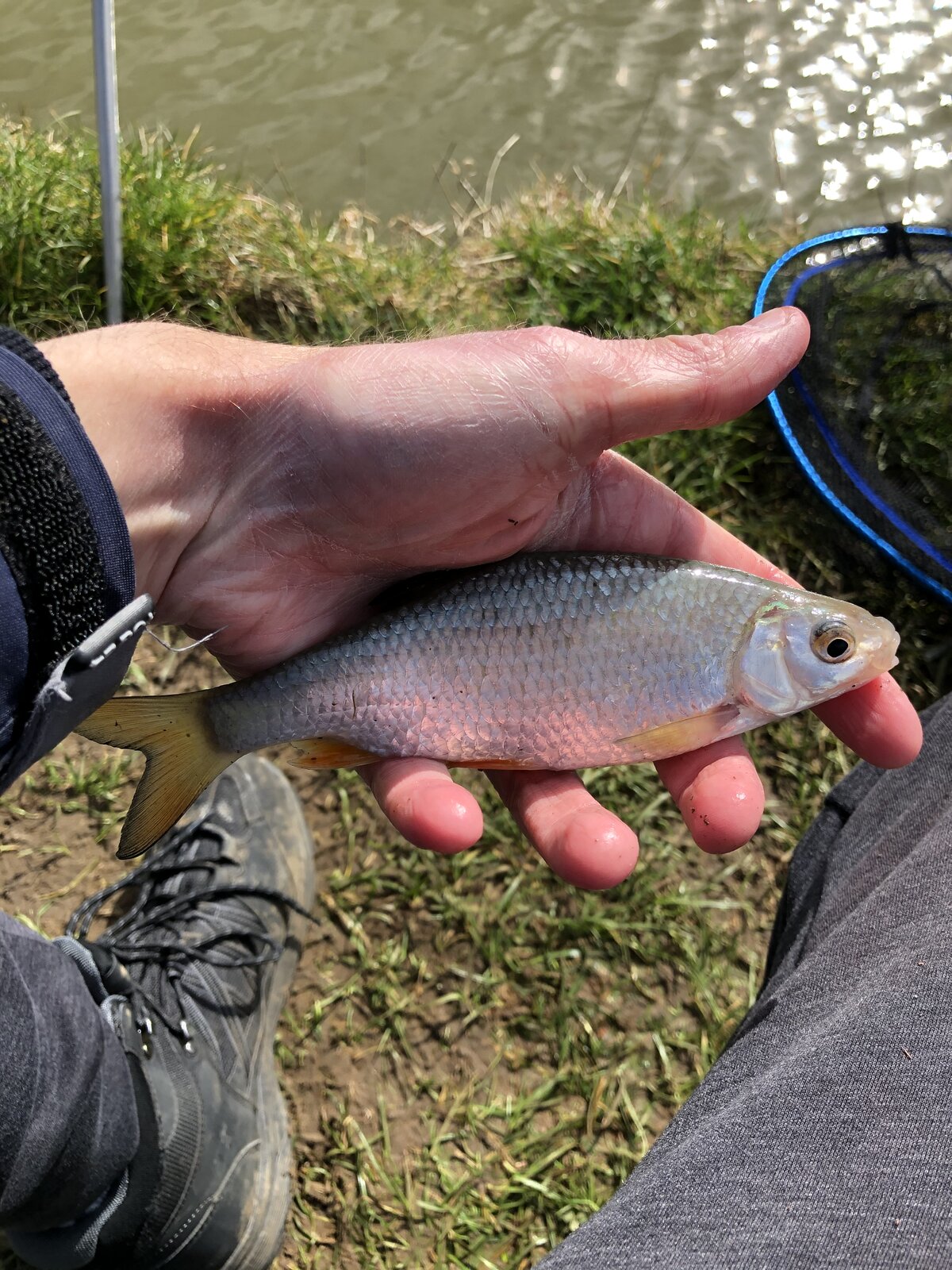 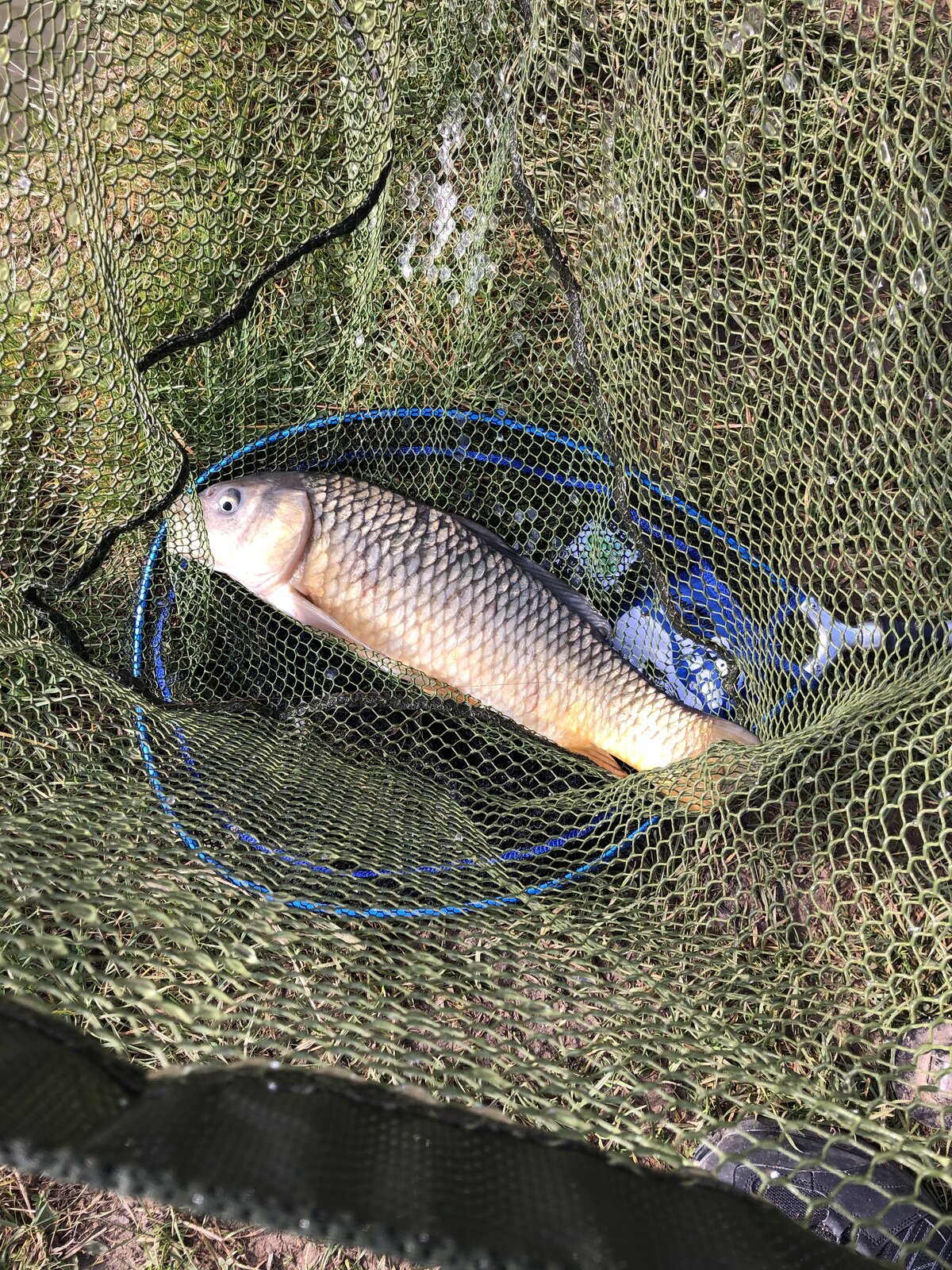