Make sure my names on the list of advisors.
I'd love the chance to tell Boris and his chums what to do.

Just seen on the news that there is a 'rush' to get to the UK before friday and the cabin crews are scared about working on those flights, i wonder how many are going to be carrying the 'new varient' the Indians are suffering with?

Shut it down now, all those who have travelled will just have to accept they went abroad during a pandemic and they faced the risks.

Even i would support Boggis if he added India to the red list right now and made everyone go into quarantine on arrival.

matt Hancock has said the 103 people identified with the new Indian strain have links to travel. Surely the boarders need closing asap. It’s like “hey, London tower is on fire” ......”it’s ok we’ll send a fire engine round on Friday morning”

It's been like this since day one. Always a delay before implementation of any new measures to combat the virus.
F

You getting my PMs Daz?
B

I take it the people coming in from india have been to the Hindu festival which we have all seen the pictures of on the net with no social distancing or masks. Doris really is beyond stupid , I know lets wait for the horse to bolt then we can lock the stable, the mind boggles.

Coronavirus briefing today. Boris and NHS doctor Nikita kanani.
Bbc question
Do you think it right to be have a coal mine in Cumbria with climate change

ITV question about the football super league.
I guess we winning the covid battle if these are the questions

floatfisher said:
You getting my PMs Daz?
Click to expand...

Got one today. Replied.

This was interesting to see differences in recording of Covid deaths in different countries, page 6.

This is what happens when you ease lockdown too soon. Crowds at cricket, massive festivals and weddings allowed. 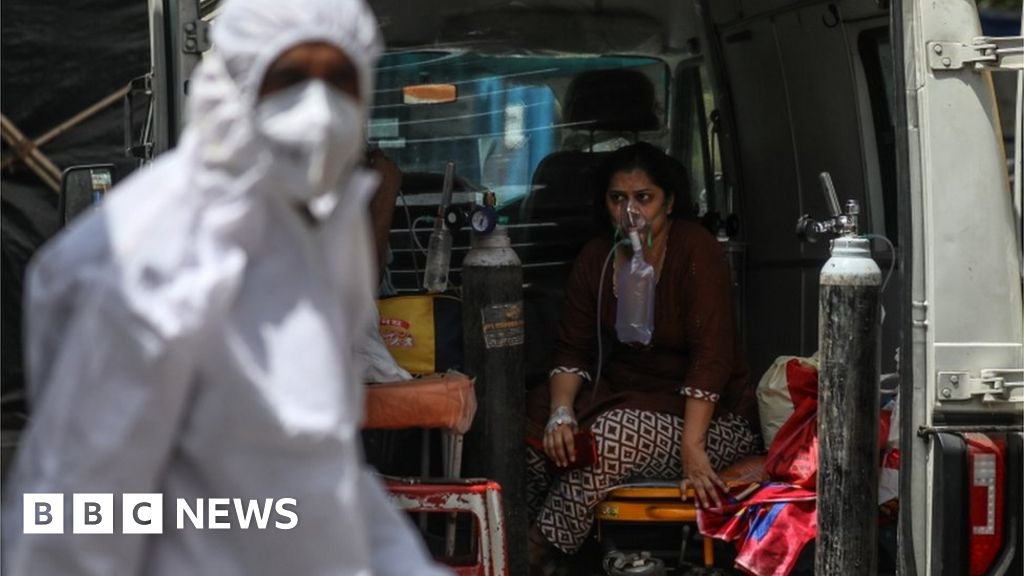 Wonder how all the UK companies that moved business, call centres etc for cheap labour are feeling about that decision now.

India broke the daily world record for reported cases in 1 day yesterday, with over 300,000.
With how vast a country it is, with lots of poorer areas lacking healthcare facilities to test and the number of asymptomatic cases this virus produces that will be drastically under what the real figure is as well.
It's absurd that you can still fly in to the UK from there today. I've read some 900 people arrive to the UK from there per day. As usual, the government are behind the 8 ball on this. They should have been red listed a long time ago. We already know there's a variant rife out there which looks problematic when it comes to existing vaccines.
Beyond that kind of UK based viewpoint, it's a really serious situation going on there and clearly they're struggling to contain it.
The crux of the matter, from what I understand, is they don't offer state support to keep people indoors to prevent the spread. No grants, no loans, no furlough - so many poor people are damned if they do and damned if they don't... Stay in and they can't put food on the table for long, go out and they'll run a high risk of getting infected because in the cities especially there is such crowding as a result of overpopulation.

I guess the only blessing is, so far, for all the negatives the death rate is low. Let's hope it stays that way.

Trogg said:
It's now been verified that the Wuhan coronavirus can pass from human to human and a fourth death has been confirmed
Click to expand...

I wonder if any of us back then really had any idea what was coming.

BBC News said:
India has reported 314,835 new coronavirus cases in the last 24 hours - the highest one-day tally recorded anywhere in the world.
Deaths rose by 2,104 in the same time period, India's worst daily toll.
It brings the country's total confirmed cases close to 16 million, second only to the US.
Click to expand...


I wonder if any of us back then really had any idea what was coming.

or really cared at that point

The reporting is a bit wayward.
4000 deaths one day then 2000 next but with record cases I can see it climbing above the 4000 again.
Seen a clip on YouTube other day and wagons of wood arriving for the cremations and didn’t look like anything special with no families allowed. Really Sad.
We got to thank out lucky stars on the whole we have managed and not been overwhelmed.
And yet still some of bitching on about a few quid or a text message sent during the height of the pandemic when we would of paid 10xover the odds for equipment to save lives.
D

Sat watching the news on Tuesday morning with government officials saying how bad the situation was in India and quarantine will commence on Friday at 04.00hrs, I look on my flight radar and one flight from Mumbai had just landed at Heathrow with another flight from Mumbai on final approach, get the flights stopped!!

I remember early on last year when the government stopped all flights.
biggest repatriation ever if I am correct and they took pellets for that. So they then came out with a warning to when they were going to stop the flights.
Dammed if you do. Dammed if you don’t.
Not sure of the answer but sure someone will know it on a fishing forum.

1 million cases in 3 days in India.
Not really sure what to say
Y

Could the Indian government be held to some criminal charge. Sure the next elections will be eventful

The issue facing the government is they have a duty of care to all UK passport holders, so cannot just turn flights off without giving its citizens due notice.
What they can and do do though is manage and record those returning within the notice period to nullify the risk.

To do so, it's a bit like you being out of the country on business or personal reasons and suddenly being told you can't come back

Maybe send enough vaccine for medics and the older people rather than preventing travel. That way the variants can be reduced. The sooner the World reduces Covid the better chance humanity has. National protectionism , blocking travel is short term solutionism. Big thinking required. Nationalistic triumphalism over vaccines is as useful as fishing for bream with half a mackerel

B
Have you had the Goverment letter ?