A decorated Army Major vexatiously accused of drowning an Iraqi teenager at the time of the Anglo-US invasion has been cleared of any wrongdoing following a 17-year witch-hunt.

Major Robert Campbell, 47, was investigated on bogus claims that he forced suspected looter Saeed Radhi Shabram Wawi Al-Bazooni, 19, into a river at gunpoint in Basra in May 2003.

Eyewitnesses had claimed that Maj Campbell and colleagues from the 32 Royal Engineer Regiment caused Saeed Shabram's death after he slipped below the water and failed to resurface.


The incident sparked an inquiry into the British Army hero, who even returned his medals to the Queen in 2018 in disgust at the way he had been treated by the Ministry of Defence.

But a judge has now ruled that the allegations against Maj Campbell were based on lies, collusion on the part of Iraqi civilians and a 'possible conspiracy' to pervert the course of justice.

It is the latest of more than 4,000 cases brought by disgraced solicitor Phil Shiner and his Public Interest Lawyers against British soldiers to have collapsed because of a lack of evidence. 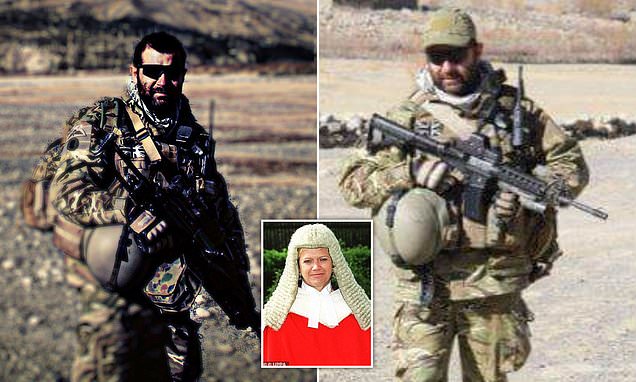 Army hero accused of drowning Iraqi in 2003 cleared of wrongdoing

Major Robert Campbell, 47, was investigated on bogus claims that he forced Saeed Radhi Shabram Wawi Al-Bazooni, 19, into a river at gunpoint in Basra in 2003.

Apparently numerous investigation were carried out and everyone found there was no case to answer.

No support from the MOD who, I believe, instigated the latest investigation. Disgraceful, makes me ashamed to be a veteran.

About time - these cases are appalling, no serviceman deserves to be treated like this.

The real disgrace is that this has taken so long and a man doing his duty has had to endure years of his integrity being questioned.

Disgusting that this went on for so long. Guilty until proven innocent comes to mind.
B

how can anyone especially a hero be treated like this , does he now have the right to turn the tables on this arsxhole shiner and maybe take out an injunction and sue the baxtard for defamation of character or something.

The real war Criminals are still trying to Ruin the Country.
B