Second half of the season saw us back at the same venue we fished back in May – Grange Farm Pond, just outside Thirsk. This match was our traditional float only fixture and, as has been the case for at least forty years, is decided on a points basis – one point per ounce + one point per fish. This can occasionally lead to some unusual results.

Sadly there’d been the first frost of the winter the previous night – the fields being white over on Saturday morning – fortunately it was overcast and reasonably mild as I arrived at the venue just after 7.30. There were only six of us fishing so I bunged two pegs on the top end of the road side and the other four on the spit that almost cuts the lake in two. 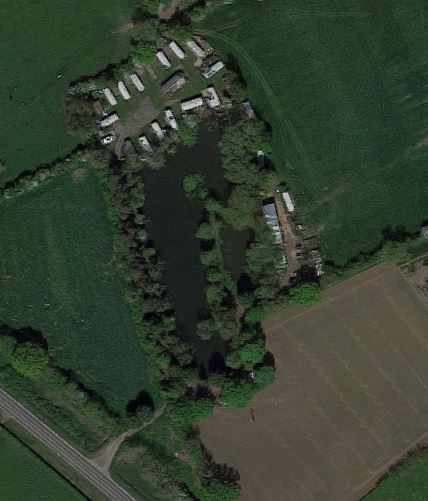 The draw saw Kev on the second peg from the caravan site entrance and Paul on the fourth. Opposite Kev, Tony was on the point, followed by Steve, George and myself.

Target species are mainly roach and skimmers / bream – there’s a few big tench too but it’s rare to see them caught during a match – although Paul did get one a couple of years ago. 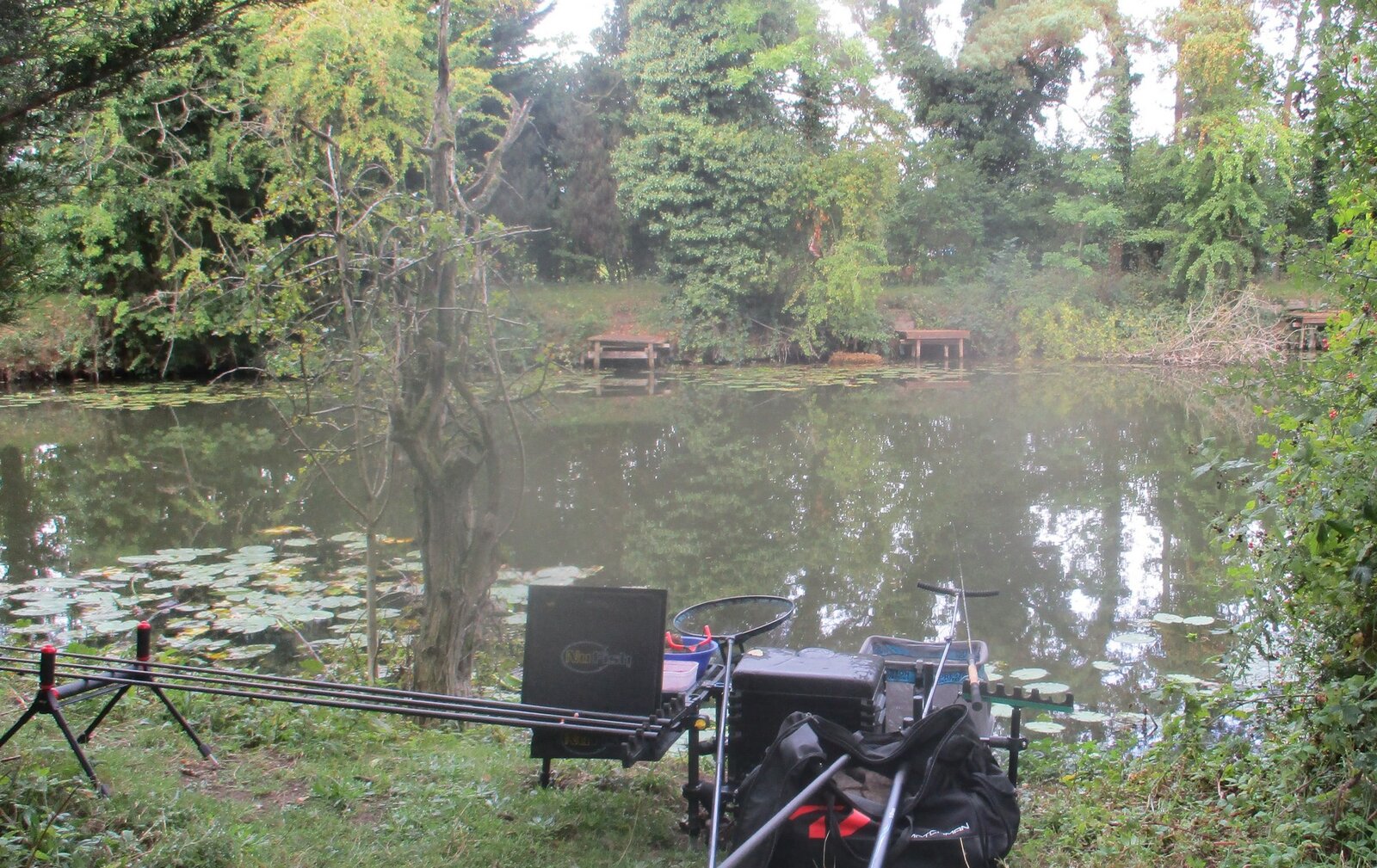 My peg did have the bonus of a short walk but not much else of note. 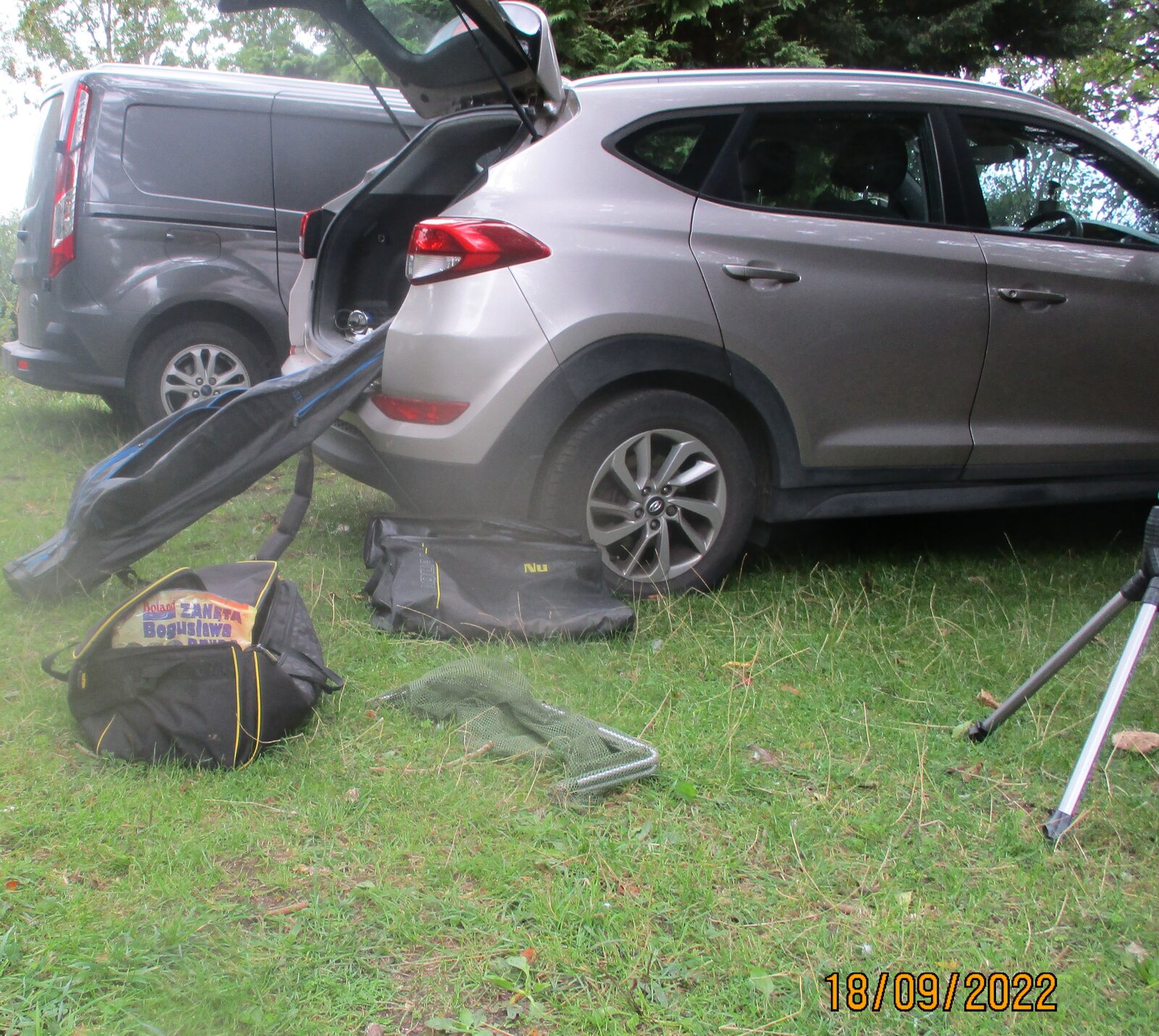 I had 5’ at the edge of the lilies before it deepened off quite quickly to around 9’ at 10m. Bait wise I had caster, maggot, worm and corn – groundbait was a 50/50 mix of Boland Bream Black and VDE Natuur. I had two rigs set for the deeper swim – one with spread-shot, the other with a bulk and droppers and one for closer in level with the lilies. I also had some ready rigged waggler rods and used a Shakespeare Zen 13’ to fish full depth and a Viva S6 11’10” to fish shallower. The skimmers in here are quite unusual in that they feed at all levels – I’ve fished in the middle of winter and caught them 5’ deep in 10’ of water on punched bread, feeding a bit of liqqy over the top.

I started by potting a couple of caster laced balls of groundbait onto my longer line and whilst that settled had a look over the 2+2 line, just loose feeding maggot. That failed to provoke any response so it wasn’t long until I dropped in on the 10m line – it was a full 15 minutes until I got a bite (which needless to say I missed) but next put in I swung a small roach to hand. I got a tiny skimmer next chuck (what we used to call milk bottle tops on the Trent years ago) and thought I might be getting somewhere before it all went dead again. That sort of set the tone for the rest of the match – a couple of fish then nothing – even my ‘never fail’ bait of worm daubed with a little Pol Vitamo (which has worked here before) only produced a small perch - which is generally a pretty good indication there’s nothing better in your swim.

Opposite I’d seen Kev land one ‘proper’ bream and Paul was having problems with a six or seven pound pike that get grabbing his silvers – four times he had it on – once almost in the net. He did succeed in snaring a smaller specimen on maggot later on. 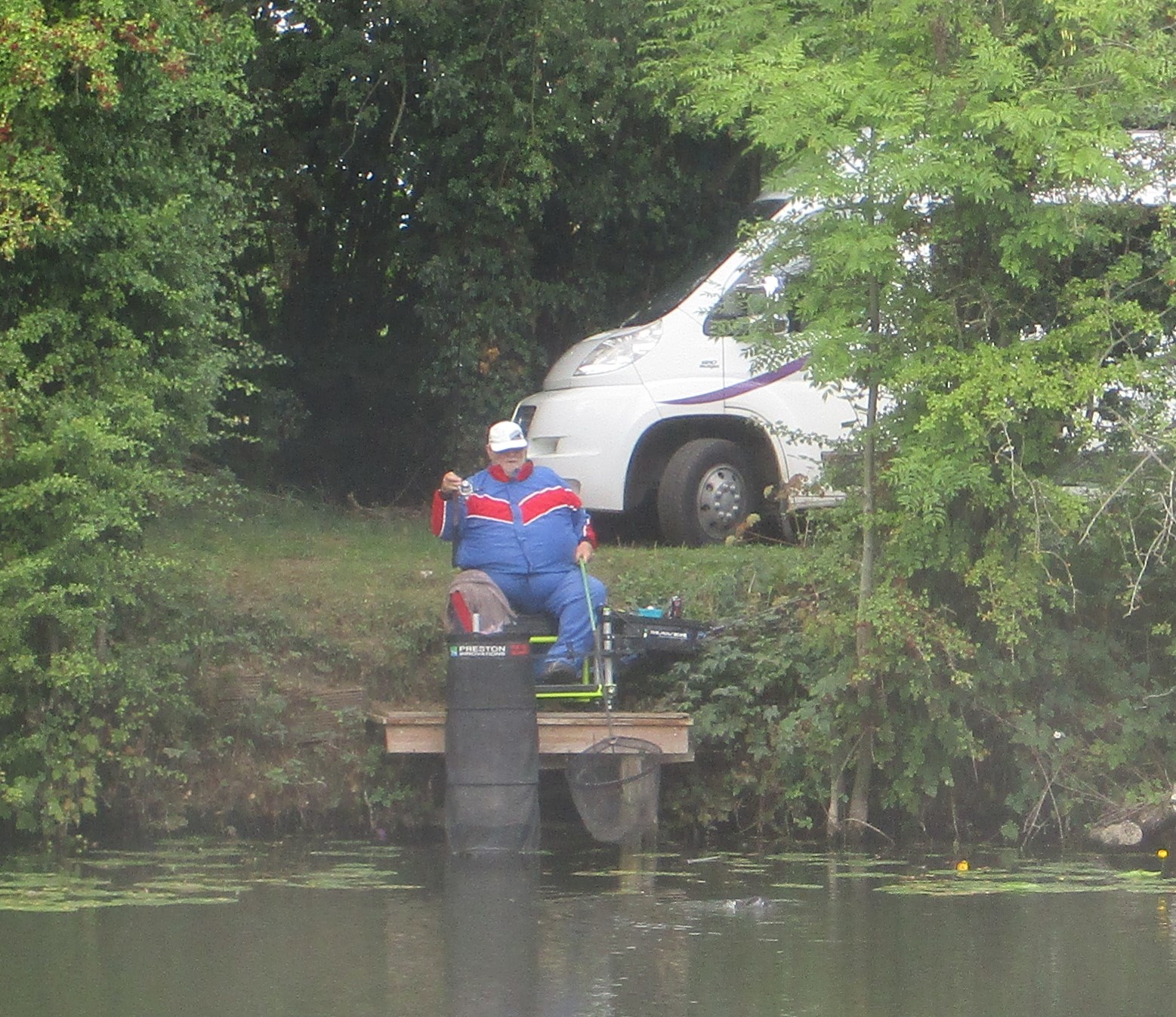 On my bank George was getting a fair few small silvers – further along both Steve and Tony weren’t get a lot of fish but did have one or two net skimmers. That was what I needed and I sat it out with bigger baits looking for bigger fish for the remainder of the match. 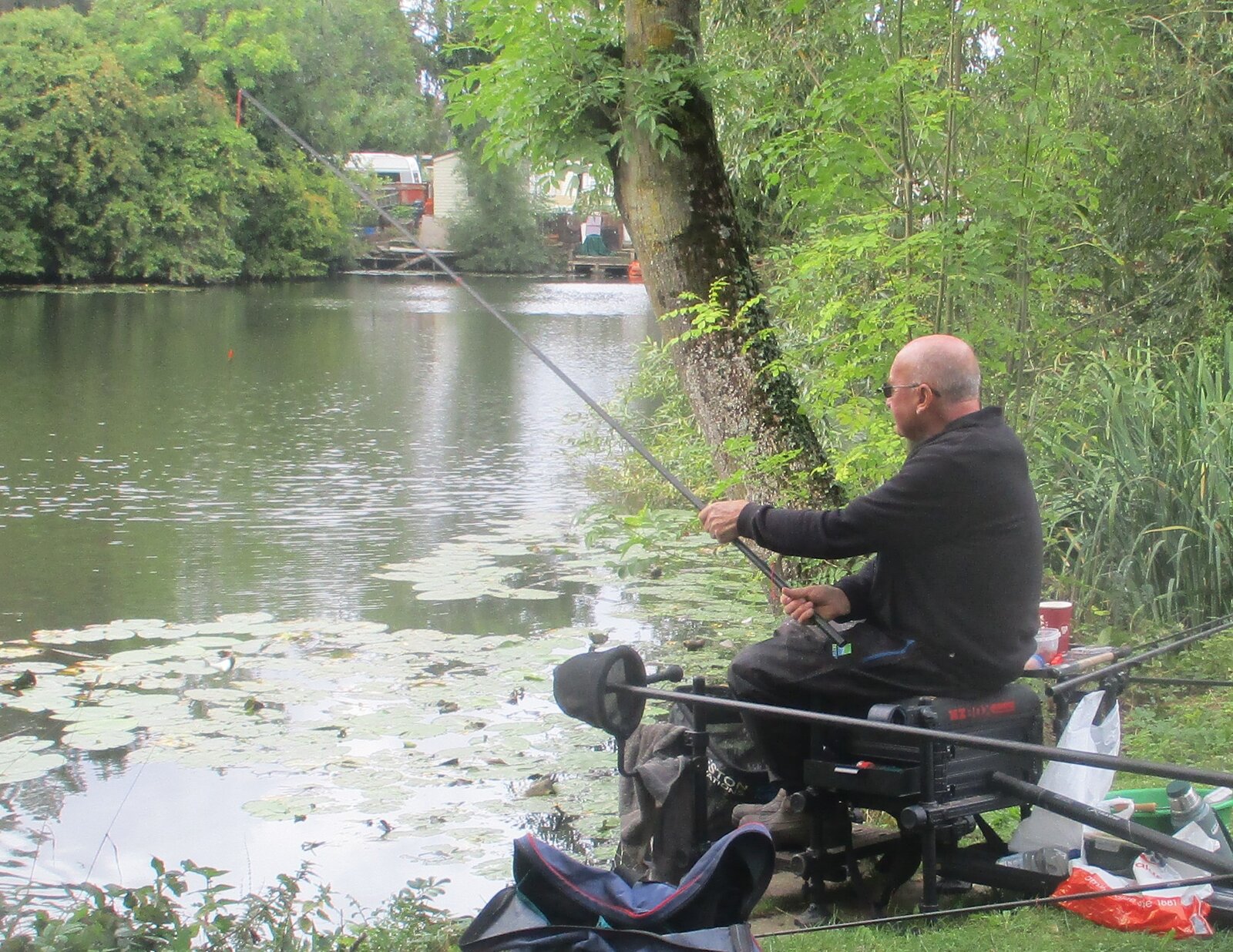 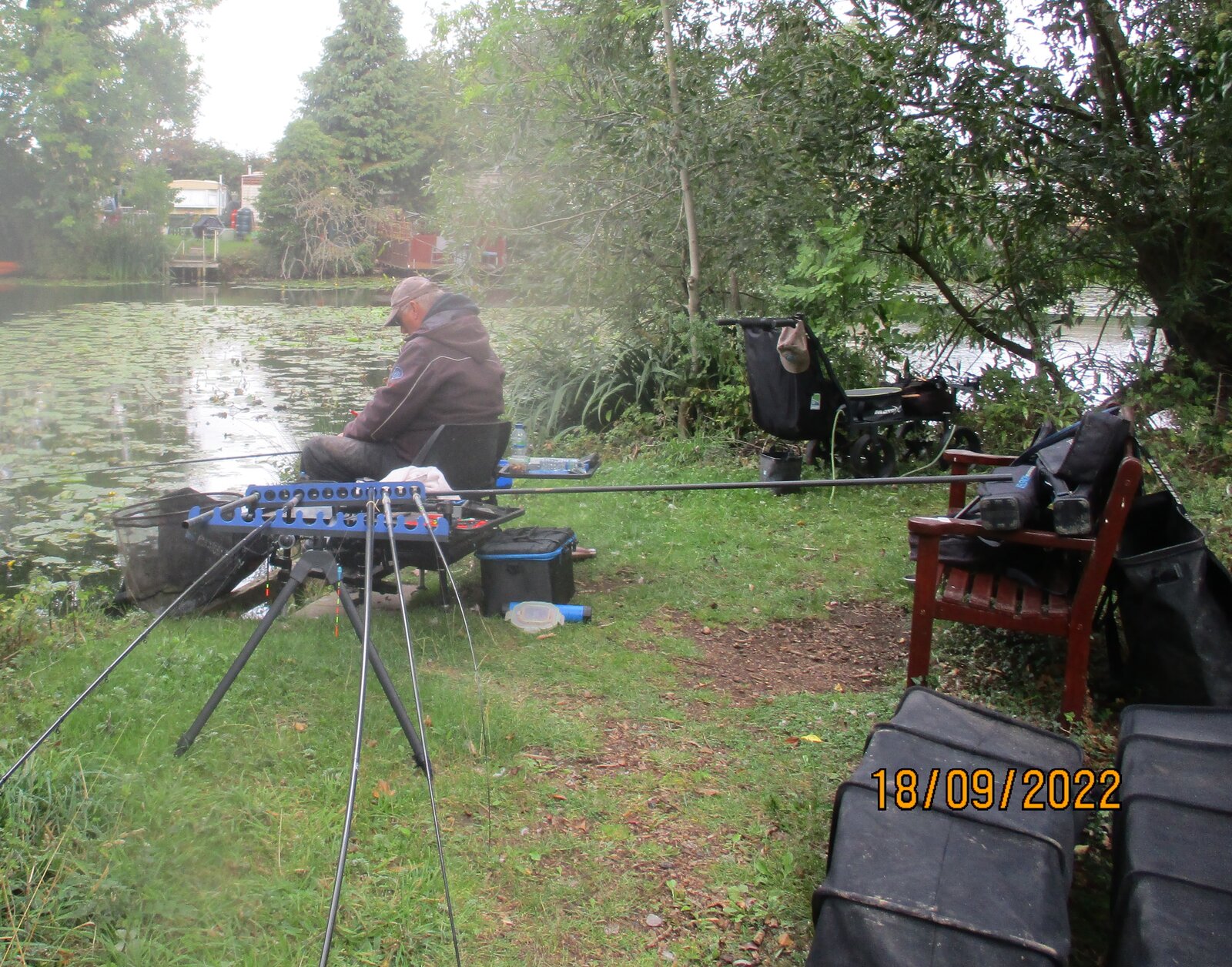 (The extra keepnets were perhaps a tad optomistic) 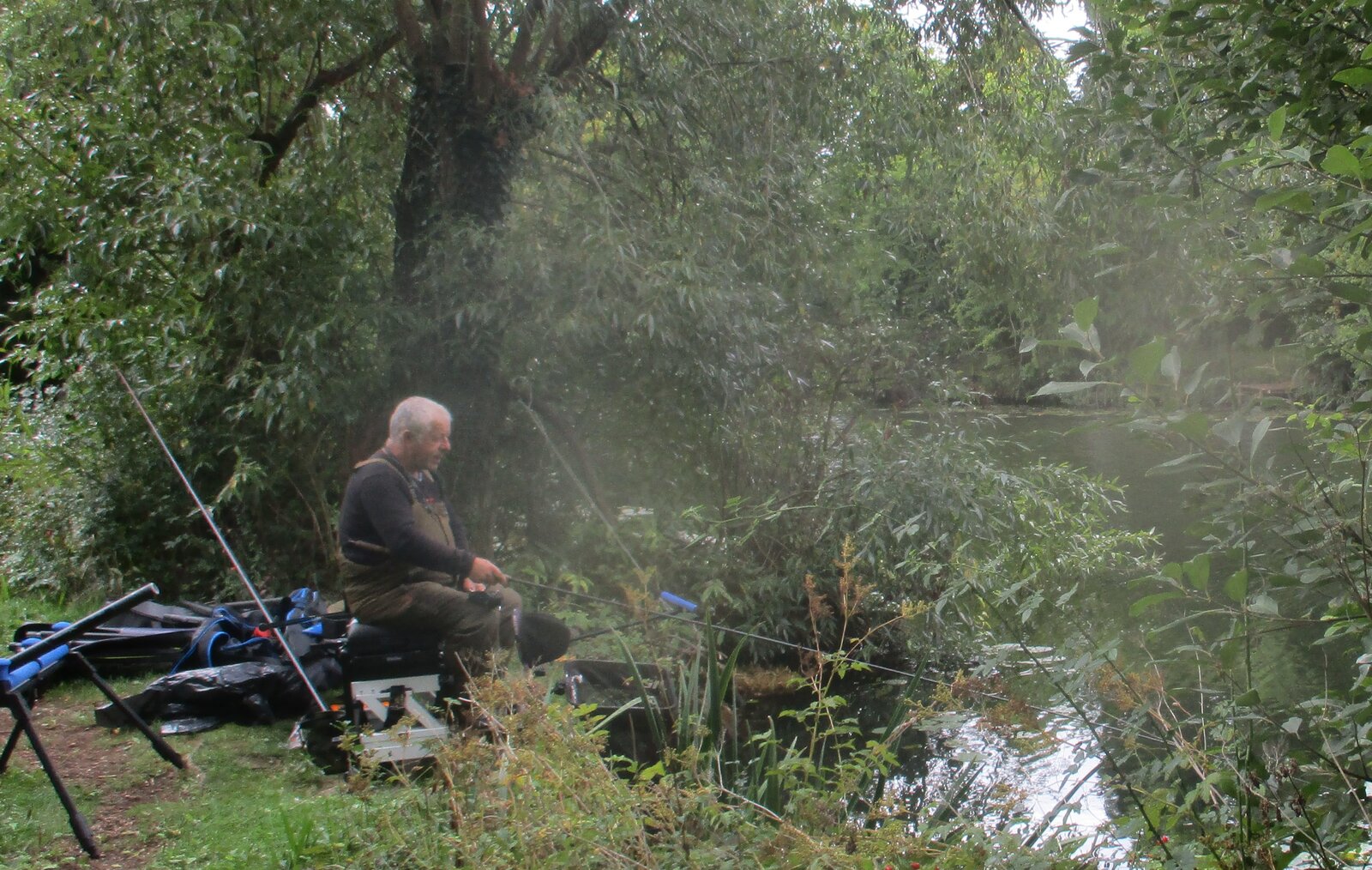 Starting the weigh-in over at Kev he only had 15 fish (which is what I thought I had) but with two proper bream and skimmers he weighed 5lb 9oz – 104pts. 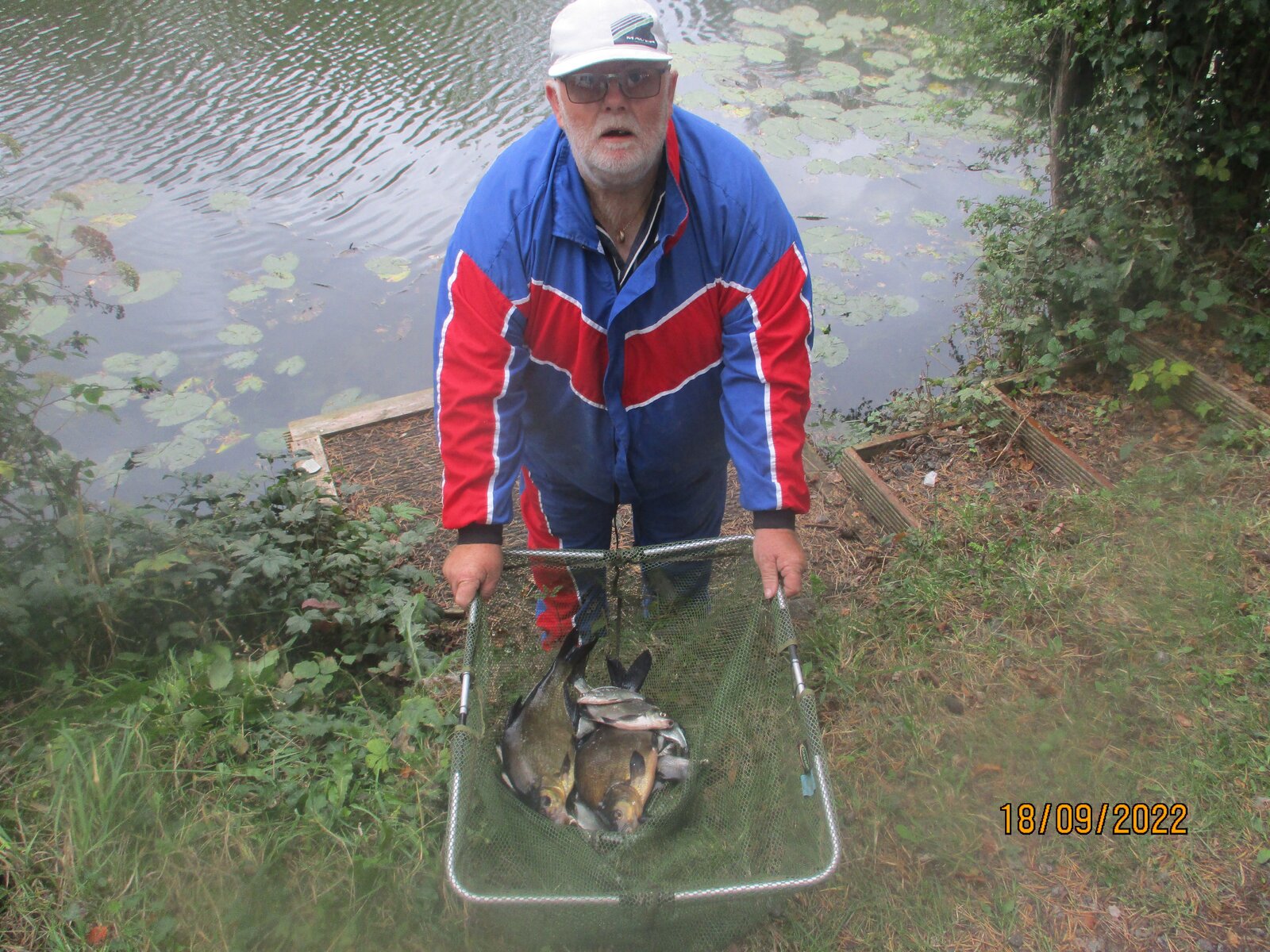 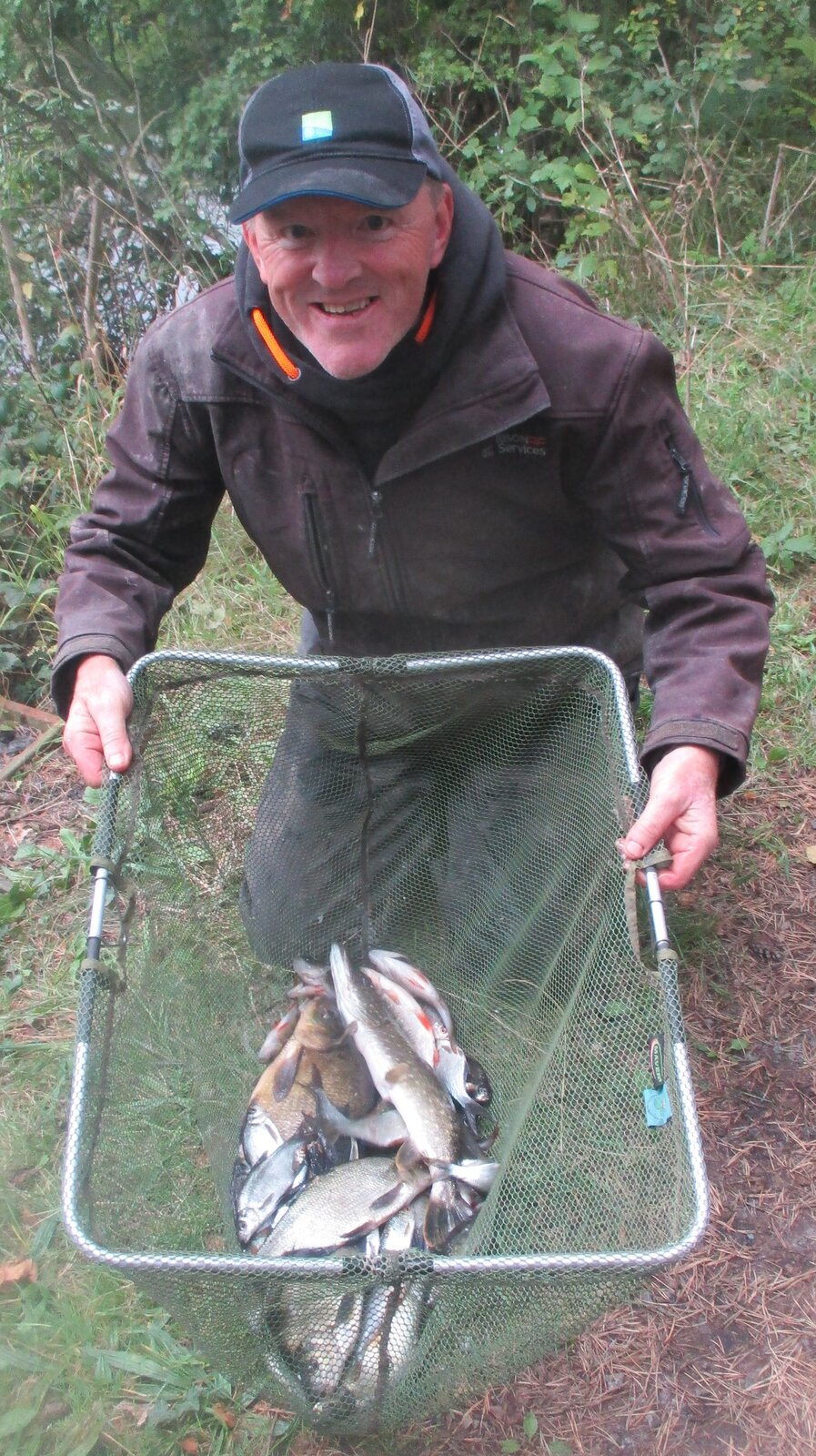 Round to me and I did have 15 fish - sadly all of the junior version – they weighed 1lb 5oz which amounted to 36pts. 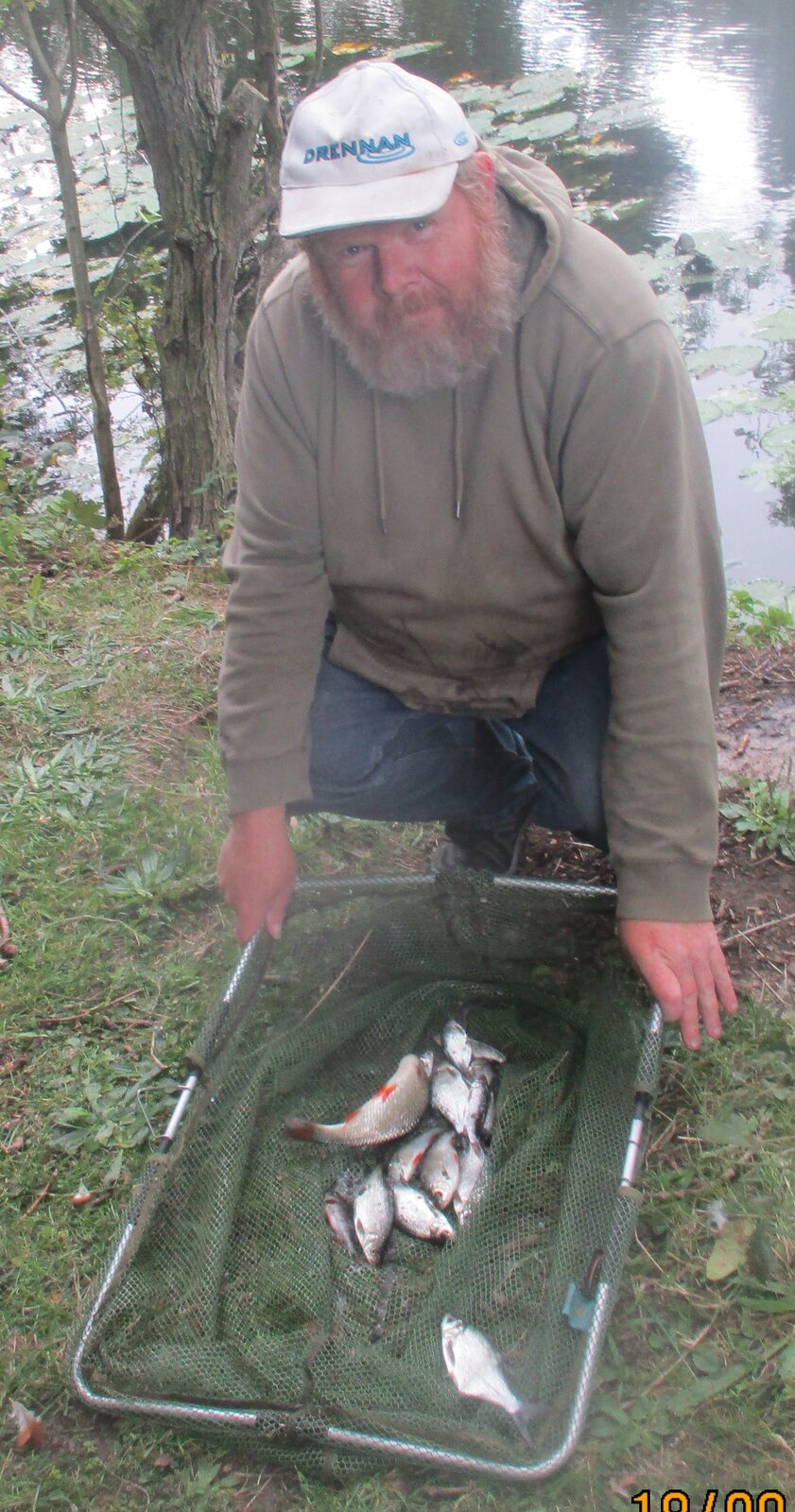 All the rest of the weights were very similar – George’s collection of bits went 2lb 14oz and with 37 fish that scored 83pts. 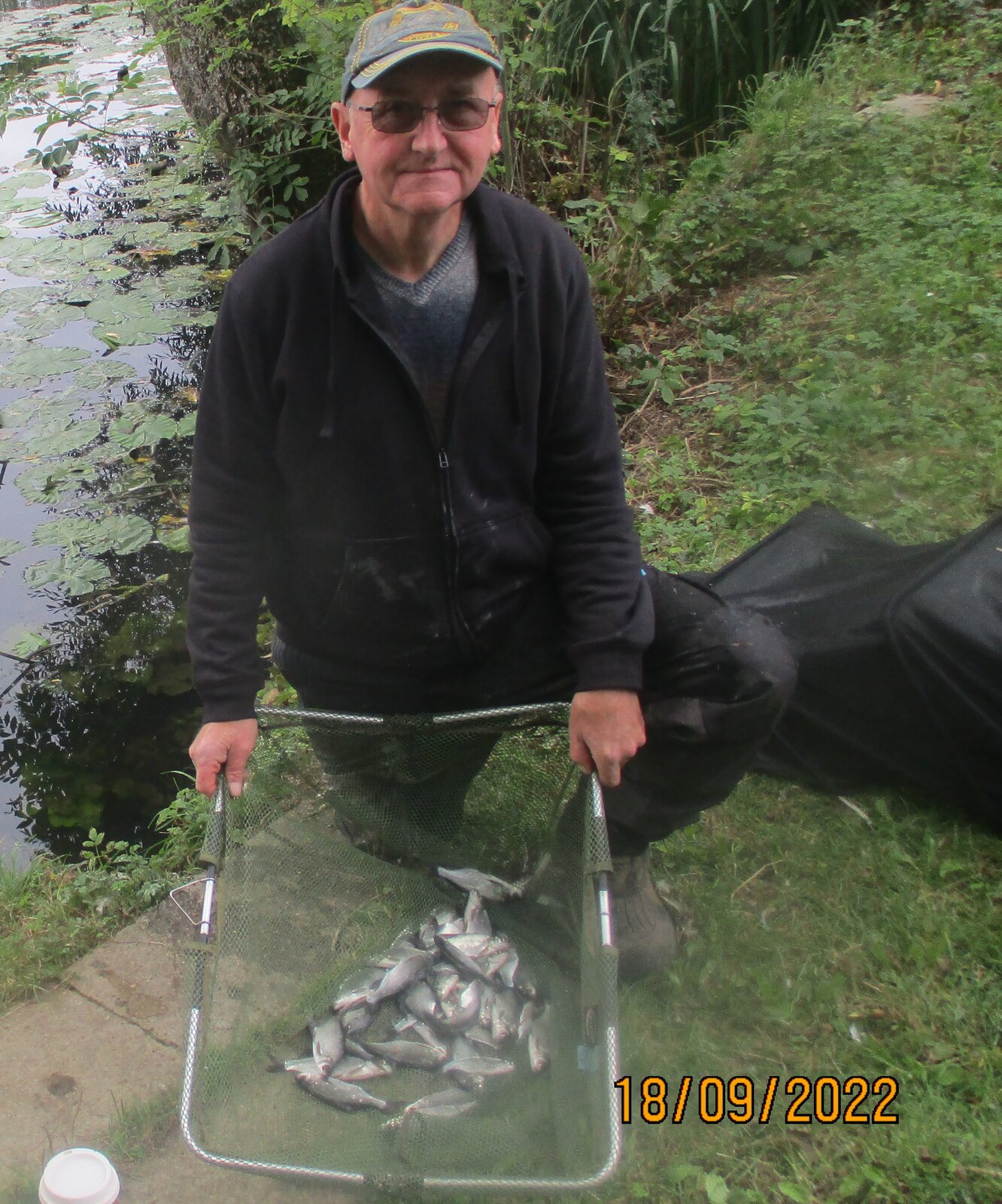 Steve had the same weight but only 21 fish and hence 67 points. 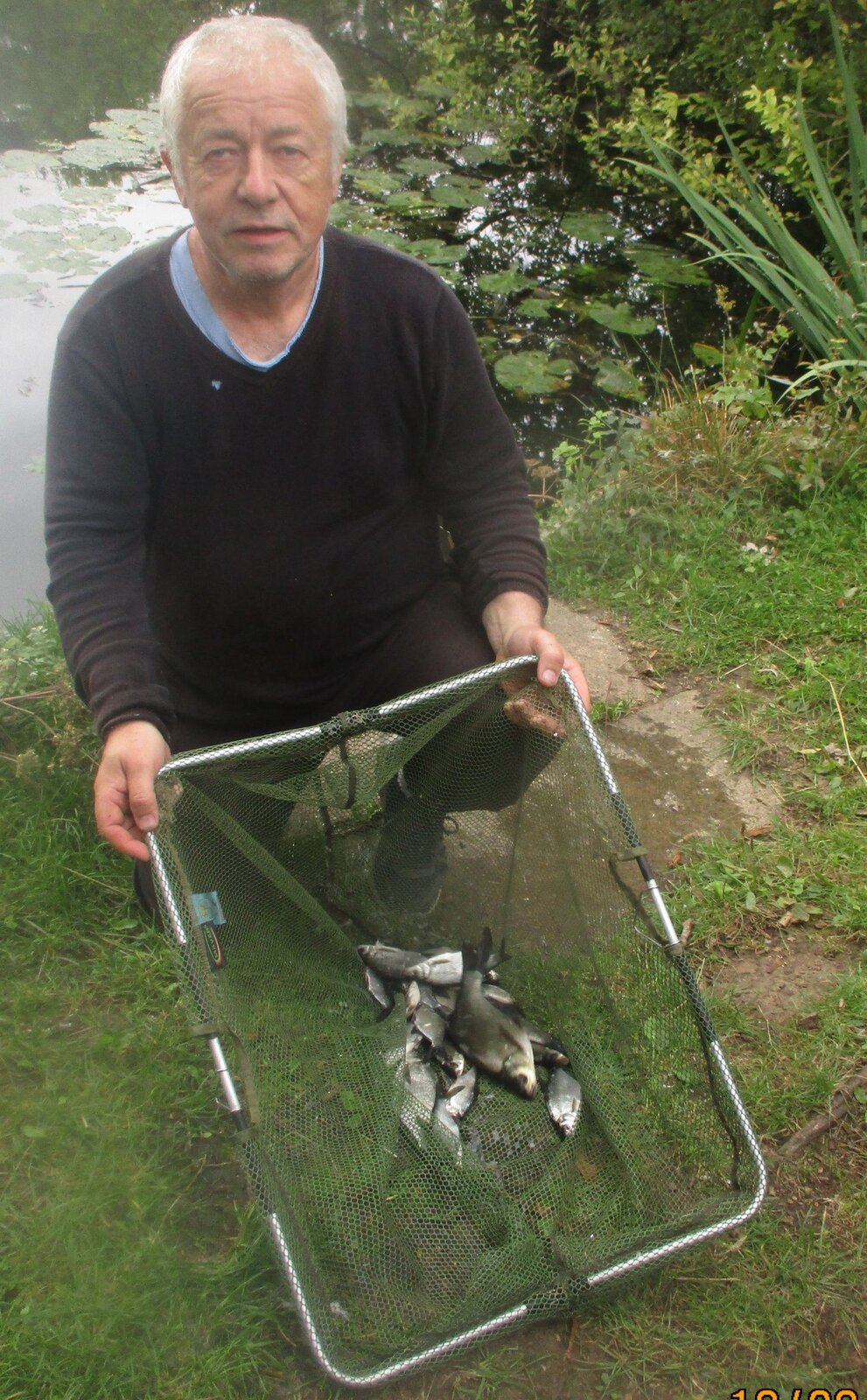 As for better than last time, we totalled 22lb 7oz back in May and exactly a pound more this time around (and with half as many anglers)


Lockwood Beck next on 2nd October and then Arena Lake on Forest Lane on the 16th October – we’ve only got fifteen pegs on the latter so places will be limited. 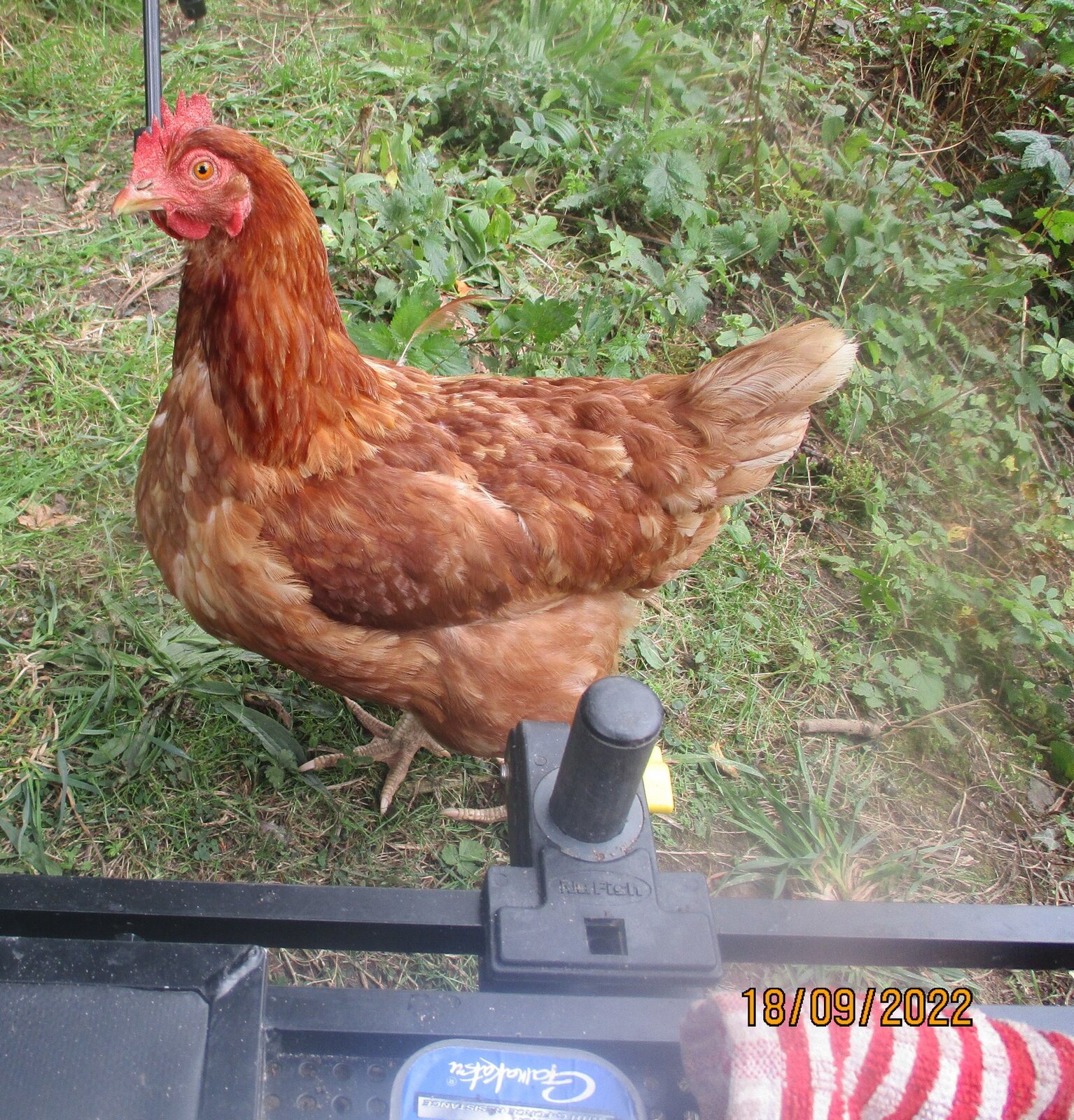 Nice write-up as usual.... It looks like you've morphed into Grizzly Adams...

Bit Baffled at the Beck