Away day to Alton Towers.

MunchMyStump said:
Tall enough that she can knee you in the nethers...
Click to expand...

A genuine concern, would be horrid for her to miss out on the rides.

tipitinmick said:
Well, when you’re not perving over female anglers you can give me a lesson.

As soon as I finished perving over the female anglers I'll book you a lesson Jim....
T

Peter said:
A genuine concern, would be horrid for her to miss out on the rides.

You said I could borrow those next

tipitinmick said:
You said I could borrow those next

You get vertigo standing up....

Total said:
You get vertigo standing up....

And panic attacks when I see a brush.

Anyone seen the Munchies? Are they still stuck in Alton Towers? Or have Nestle got them? 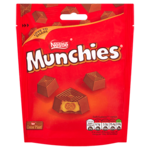 Dave said:
I gave Mr Munch a concerned call on Thursday to make sure he wasn't still attached to the big dipper - he's fine
Click to expand...

It’s Mrs Munch to you not Big Dipper.

Went myself a couple of years ago. There are some good rides there. I'm not massively into rollercoasters these days but TH13RTEEN takes you by surprise if you go on that. Went on The Runaway Train with my niece and that is pretty white knuckle for a small rollercoaster, so much I was holding her arm the whole time in case she fell out. There used to be Teacups there that you could spin so fast it felt white knuckle. And that's not even the big rides.

Apologies for the late reply. Yes I am alive and yes we had a great day. Some of the rides are just out of this world, Thirteen being one of the best. It was a hot day so I made picnic lunch the night before and carried plenty of water in my old army back pack. Lots of queuing for the rides but we got very lucky on a few of them as they were just opening as we were walking by.
It was actually rather nice to have a rest between the rides as they certainly give you a good bloody shaking!
Eldest daughter was determined to win a big cuddly toy from one of the stalls...and failed. She opted for hook a duck with everyone a winner with the obvious outcome of winning. Our last ride of the day was the lazy river, a really nice end to a superb day out with the ones I love.
As we headed to the exit there are a few more stalls with big cuddly toys... Go on then, I'll have a go. 3 Balls for a fiver, bounce it off the springboard and into the basked, fist shot was the tester, second shot...GET IN!!! Big cuddly Owl for my girl in the bag...
All was not without some sort of drama though, what outing would be where we are involved...
M1 back home with about 60 miles still to go, the engine oil light came on again.... Topped it up and remembered to put the cap on this time
About ten miles later, still some 50 miles from home I started to feel some judder in the steering wheel, @Mrs Munch was fast asleep after being awake for some 26 hours at that point... I slowed down and it felt like a flat tyre, a quick inspection and all tyres were inflated. Wheel bearing or hub I was thinking, dammit! I took it slowly and managed to get us home once again but by now the car really was like a ride at Alton Towers bouncing around all over the place! Good old Mrs was now very awake after the last part of the trip and as I parked up I asked to look at the wheel as I reversed back and forth... It's wobbling all over was the technical response. I wasn't going any further and booked a Uber for my eldest and we retired for the night.
Took the car to the local Russian owned garage in the morning and awaited a call.
Dimitri called.. Tyre bad, big lump, we change £55 is ready.... There was a huge lump in the centre of the tyre, about 4 inches long and 2 inches wide. I have never seen anything like it my life, but I was thankful once again that it was a simple solution.

So yes, the day had plenty of ups and downs, with a curve ball thrown in at the end. It was a great day though

Sounds like a good time was had by all

Mine and my daughter's favourite day out. Our record is 33 rides in one day.

Once queued for over an hour in blistering heat for Air. Lady in front of us was told she was too fat for the ride. 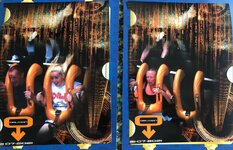 When this pandemic is over.
2