Anyone gotta a spare Tin Helmet 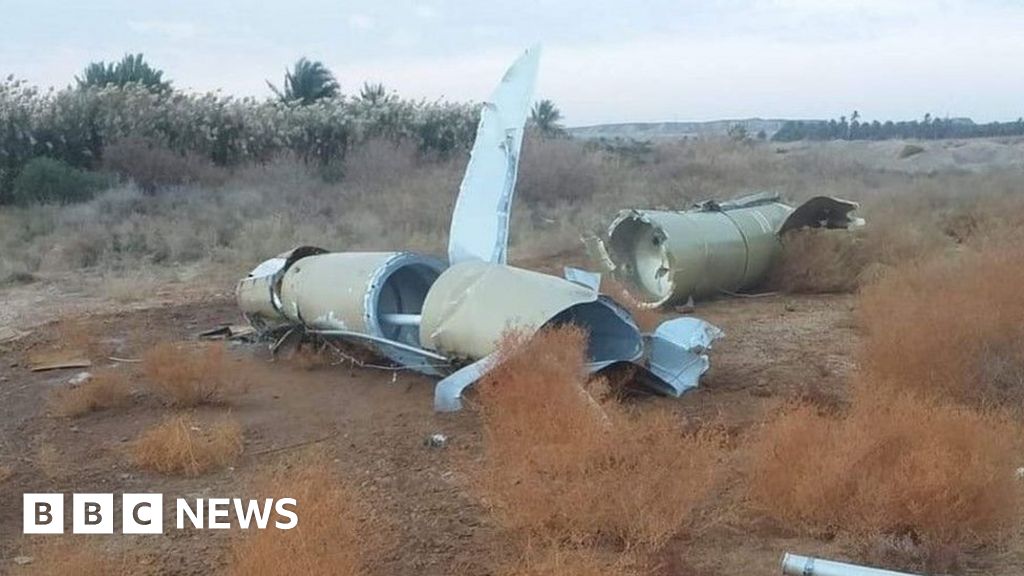 The strikes on two bases in Iraq were retaliation for the US killing of General Qasem Soleimani.
www.bbc.co.uk

The strikes on two bases in Iraq were retaliation for the US killing of General Qasem Soleimani.
www.bbc.co.uk
Click to expand...

Hang on, I'll empty the one under the bed.

Hope all our troops are safe.
I bet the Iranians killed more of there own people by stamping on them yesterday. In fact they kill there own people every month if they don’t agree with the bosses.
Don’t get into a fight you know you will lose.
A few missiles to keep there people happy I would say.

I bet the Airports are rammed with all the Dinghy boys wanting to get back and fight for the one they were all Mourning.

Wise Owl said:
I bet the Airports are rammed with all the Dinghy boys wanting to get back and fight for the one they were all Mourning.
Click to expand...

I'd be worried about the ones over here who have come claiming asylum. Who knows how many are here under false pretence.

Dave said:
I'd be worried about the ones over here who have come claiming asylum. Who knows how many are here under false pretence.
Click to expand...

Ya mean the ones who will fight with us as appreciation for the better life we have given em ?

The strikes on two bases in Iraq were retaliation for the US killing of General Qasem Soleimani.
www.bbc.co.uk
Click to expand...

Iran TV - riveting!
The program on after that the most watched middle east soap - Westbankers.
Mohammed is once again having trouble with his neighbours whilst Mohammed has a new goat.
The garage is full of broken down Toyotas as Mohammed cant get the parts due to the trade embargo so he has a new plan, a taxi company called Taliban Taxis.
Over in the Queen Sheeba Mohammed has found 40,000 Shekels under the sink and thinks his brother Mohammed may be gathering funds to buy a catapult.
Theres trouble in the cafe as Mohammed has bought a cheap brand of green tree and at number 12 theres speculation as to whether Aisha is pregnant or wearing a suicide vest.
The real question is who is the Father (Mohammed?) or has she become a Jihadist???

Why do people keep on talking about WW3 when it is obvious that there would only be a small number of countries involved ! Could it be a bit like the world series in baseball where only American teams take part ?

As I say when the sh,t hits the fans we will all be the same and all because of greed and religion

Religion is not worth a toss. Really. Sorry if offends anyone but it’s the cause of more trouble and wars than politics.
If there is someone up there watching us I wonder if climate change is effecting him.

yet those that wish wars never see a battlefield

Corbyn seemed more interested in the welfare of the Iranians and Iraqis than in what Soleimani has done to British troops and our allies. No wonder he has lead Labour to the position they are in.

Should this not be in the political section ?‍

i would of thought its more Current Affairs

mickthechippy said:
only if you want to make it political my little village friend (re bringing labour and corbyn into it)

i would of thought its more Current Affairs
Click to expand...

Well I sure a war in the making is political. But hey ho. You know better than me.
funny how your being personal insults into the conversation again. Thought you had learnt your lesson about that in the past.

When the attacks are the major topic at the 1st PMQs of the new government
But not political. Every day a school day.
D

The only problem I think we will see is a rise in terror strikes.

Y
Was trying to think of a title but couldnt