After another good Thames Roach session in my favourite Thames swim on the sandford old channel on Sunday I took a day off to have another go to today as pretty much perfect weather presented itself. Temperatures were in the lower mid 20s, the wind was a virtually non existent mostly upstream south easterly and the sky was cloudy but high light cloud rather than low dark depressing looking stuff. The river still had nice colour but was now barely crawling along which tempered expectations a bit but with the weather so good I was still confident of a good day and so it turned out to be in the swim that just keeps giving.

Started fishing on waggler and maggot bang on 8.30 and after the obligatory handful of bleak went onto hemp and started catching roach, dace and the odd other fish at a good pace they were just very small up until at least 10. Kept switching between set ups with different depths and shotting and by midday I started sorting out a better stamp mostly on the shallower rod so stuck with that until packing up at just after 3.30. Bit trickier to keep count today as my grandad was with me again and we could actually converse again after last weeks noisy winds but I’m pretty sure I ended up with 83 roach so eclipsed sundays tally of 77 which I was certainly pleased with. Had slightly more other fish than Sunday as well but with a very different break down of species with about 20 dace, over 10 bleak, 4 chublet and 3 silver bream. However whilst I’m sure Sundays Roach tally would have cleared 15lb with the other species probably taking to the total to within a couple pounds of the 20lb mark todays roach despite being greater in number would have probably fell a couple of pounds short of 15lb as they really were small in the morning. Would have easily cleared that mark with the other fish added though maybe by about a pound or so still a good result in my book. As to why I didn’t get as many good roach today I do wonder if the now mega slow flow gave them a too good a look at everything or maybe I’ve over fished it a bit (don’t worry I’m leaving the swim for a bit now!) or maybe it was just the fishing gods saying you’ve got perfect weather so you aren’t having perfect fish! 83 roach from that swim would give you a half chance of 20lb in roach alone usually but for whatever reason they were well short of that stamp today. Tbh though it was still probably an even better session than last week as obviously still good fishing but also the weather just perfect being not too hot, too cold, too windy, too bright or too dark instead just right so was a very enjoyable session indeed. A very nice way to round out a spell of fishing this swim through July as I’ll now probably not return until early September unless elsewhere really proves dyer in the meantime in these rainless times. Only bad thing was that I left my landing net pole in the car park!

Tackle wise as usual I set up both the 13ft and 14ft drennan acolyte ultra float rods both paired with 2500 shimano sahara RD reels loaded with 3lb maxima and both with size 18 to 2lb Drennan silverfish hooks to nylon. Normally though I’d have two different size waggler or sticks or one of each but today in the perfect conditions I used a 1.5g drennan loaded crystal insert waggler on both. Difference between the set ups was that the 13ft was set just off bottom and the 14ft a good half a foot shallower with the shallower set up also having slightly more spaced out shot in the string for want of a better word. The shallower set up was definitely more effective again though so I had probably 3/4 of the fish on it. Hook bait aside from the early handful of bleak on single red maggot again was just hemp (forgot tares again not that it’s really mattering atm) and loose feed was also just hemp over an initials few balls of dynamite frenzied hemp match black groundbait stuffed with maggots and hemp.

Grandad was on the feeder again nursing his back again but did say he probably could have float fished today given the perfect conditions and that he want in quite as much pain he just couldn’t be bothered to move to set it all up once he’s settled. Unsurprisingly the feeder was rubbish again and he caught even fewer fish than last week with probably about 30 being all roach and bleak but he did at least have some nice fish this time with a much better stamp of roach than me the biggest certainly going at least 1.25lb so probably had 5lb so in total.

All in all whilst the fish were a bit small times there was still enough better ones as well to make it very enjoyable and was good to get my best catch of the season numbers wise even if probably a couple pounds short of last week weight wise. It really was so nice fishing in such nice weather as whilst not any session I’ve had in this swim so far this season has had bad weather and all produced good bags they were all rather on the warm and often breezy side so was nice to be more comfortable today. The fishing really is so consistent in this swim. That’s now 50 odd, 64, 77 and 83 roach from it on the bounce this season (after between 40 odd and 80 odd from 6 sessions last season) plus anything from probably 25-40 other fish in bags ranging from I guess maybe 13-18lb (after probably about 12-22lb last season) which is unrivalled by any other swim I fish. Didn’t even do too bad in it the first season I fished it when I didn’t know what I was doing! But 4 sessions on the bounce is enough in any one place even for me so I don’t plan to return now until probably a couple more sessions in the first half of September. I’m busy this Saturday and potentially Sunday afternoon (working on avoiding that!) so might be restricted to a morning session Sunday which is partly why I took today off in terms to get a proper session in for the week as much as it was to take advantage of the weather. Where I go Sunday will probably depend on how much time I get but thinking back down on the stretch opposite the meadows. Will be a lot clearer there than the old channel and some swims will be at a stand still but will still be flow in others so should still be able to put a decent bag together in one of those. At least that’s the plan!

Marginally less repetitive pics today as cloudy rather than blue skies for the swim pics and no other token fish amongst the selection of roach. Different scenery next time out I promise! 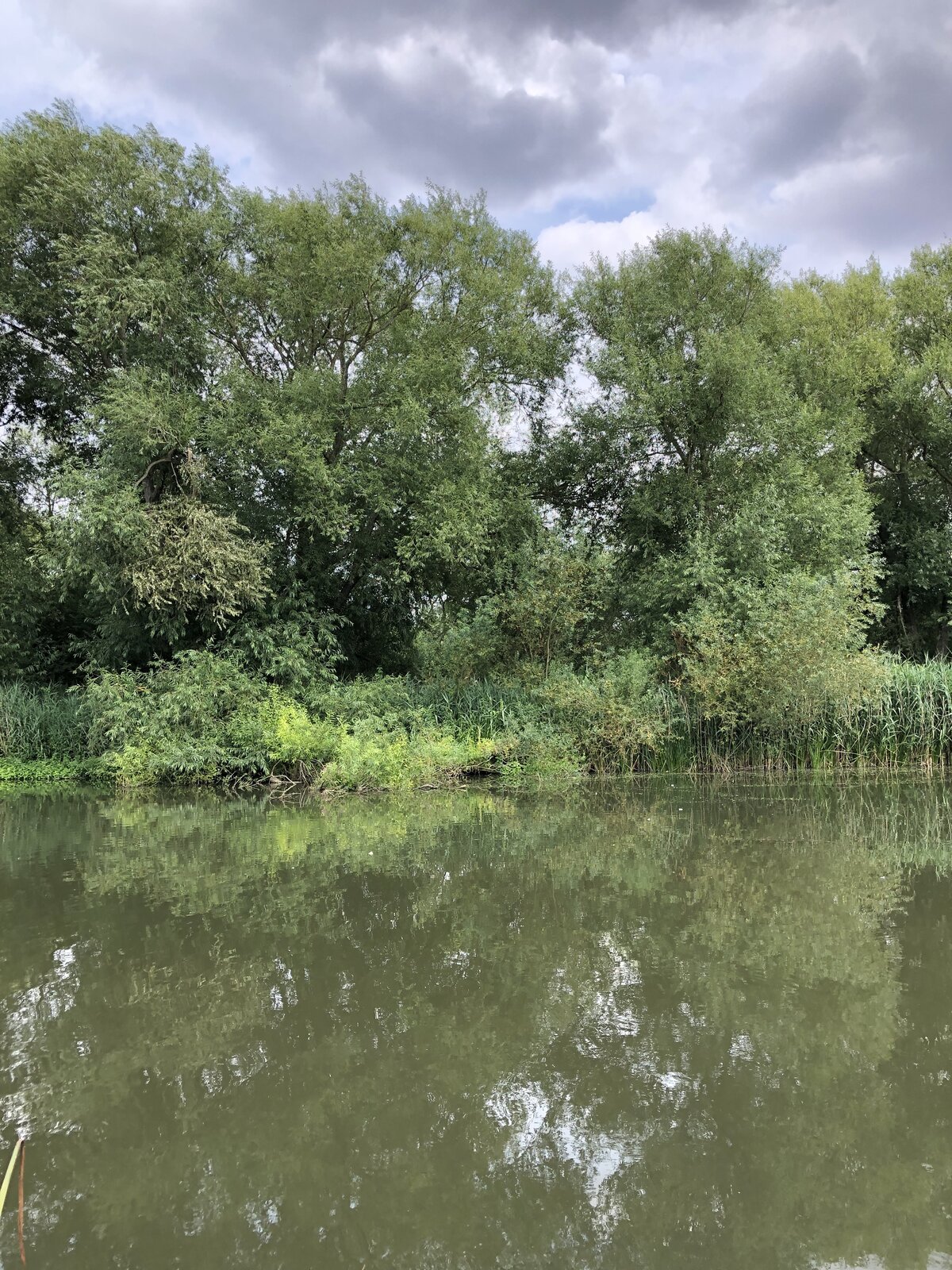 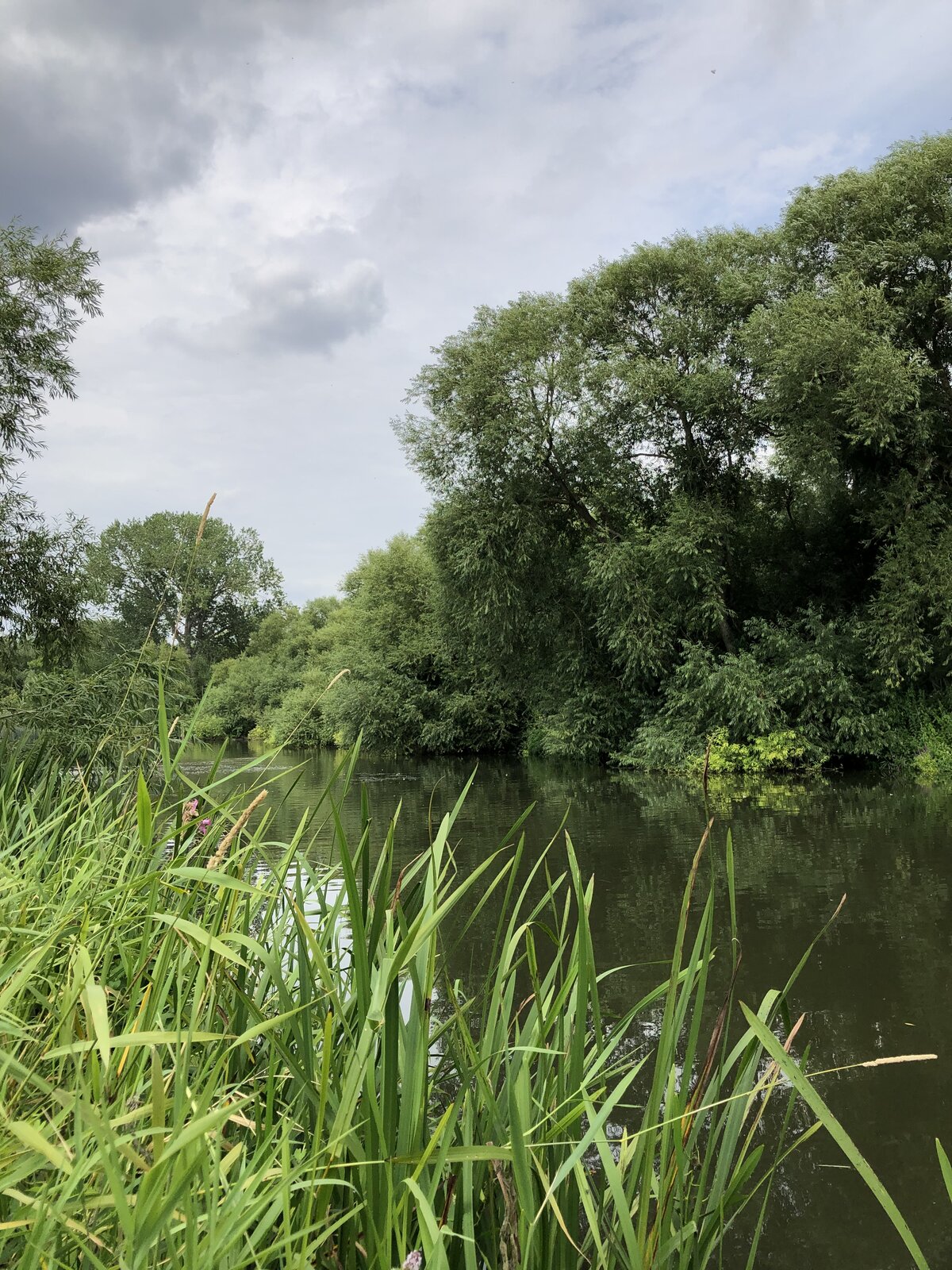 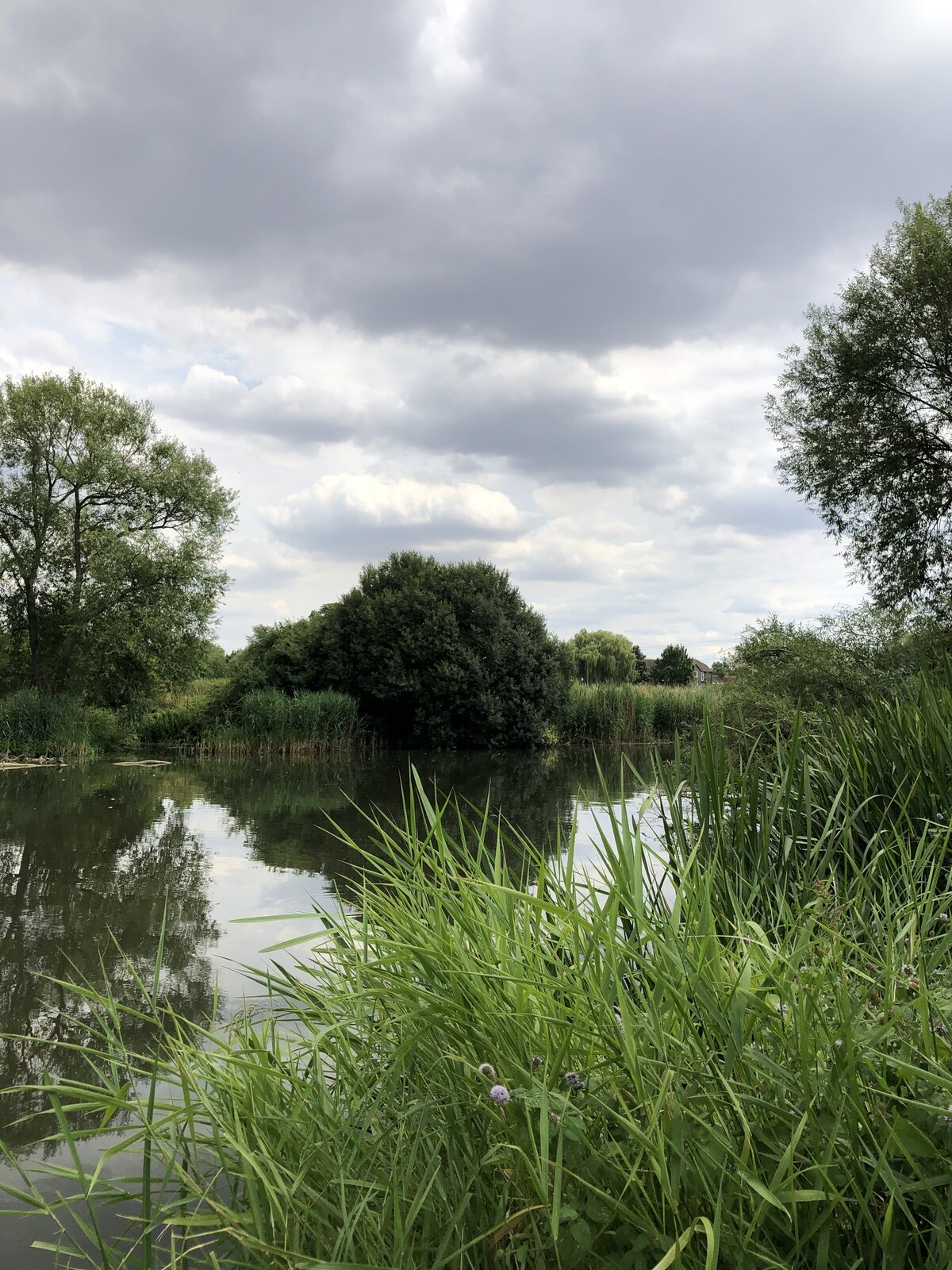 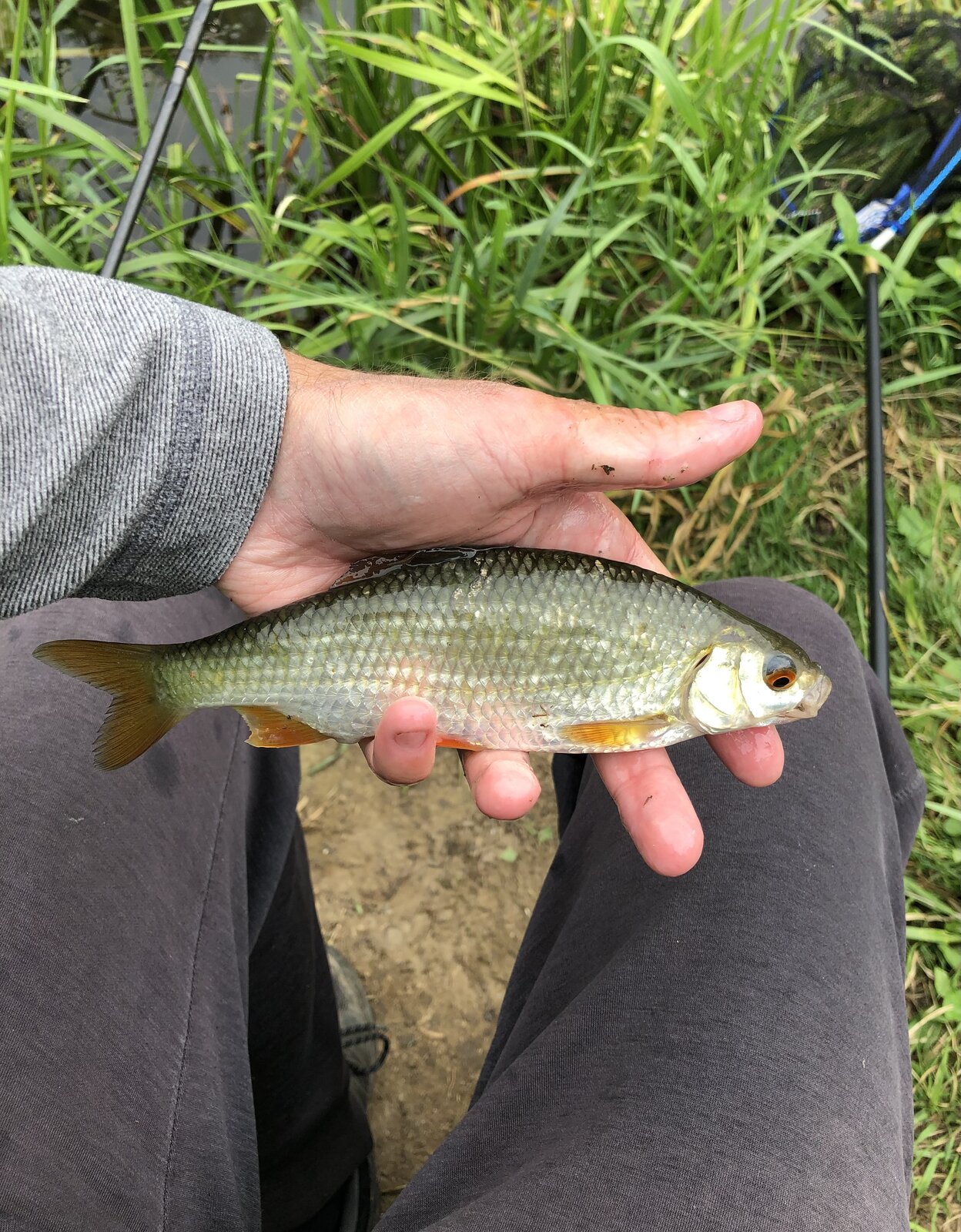 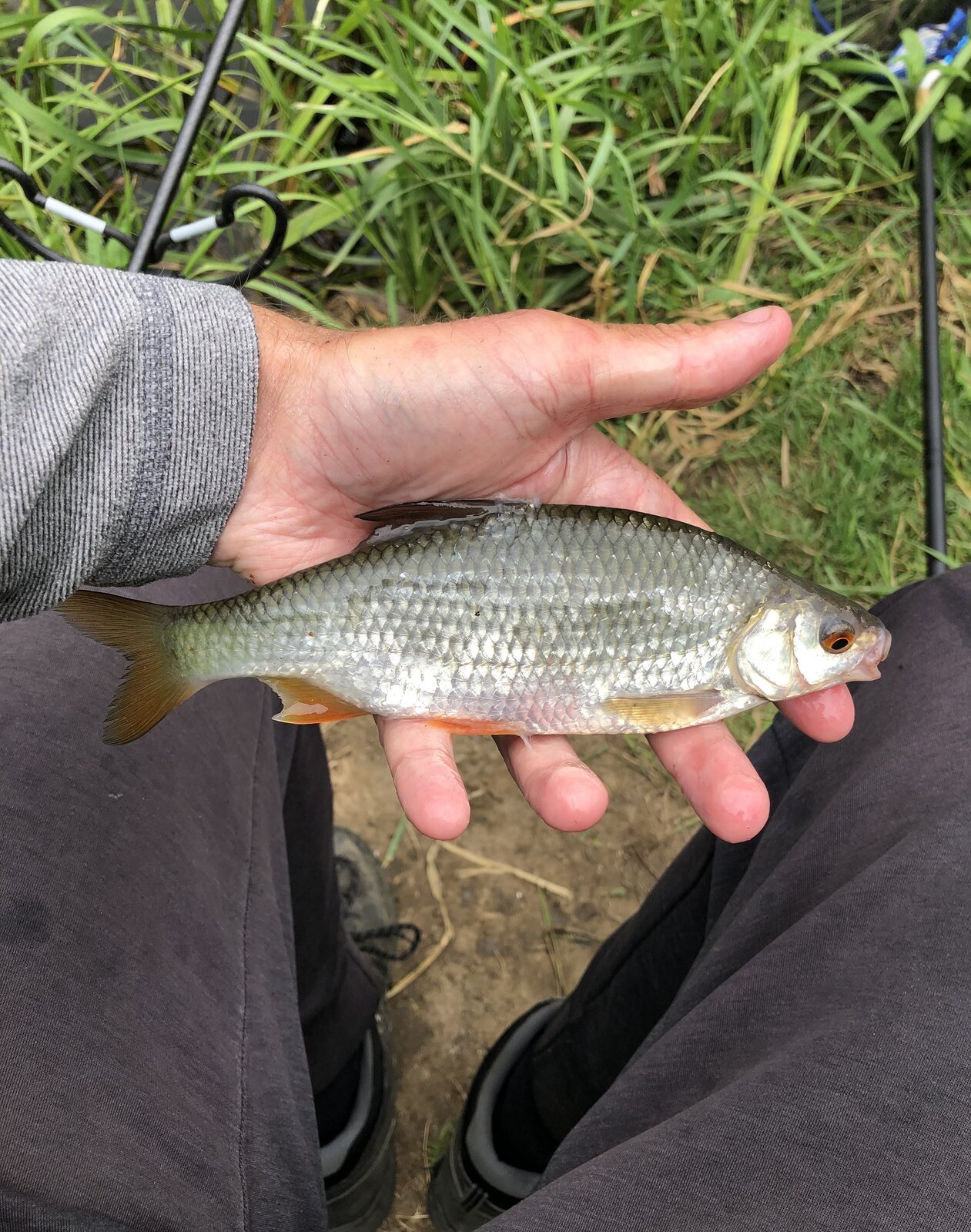 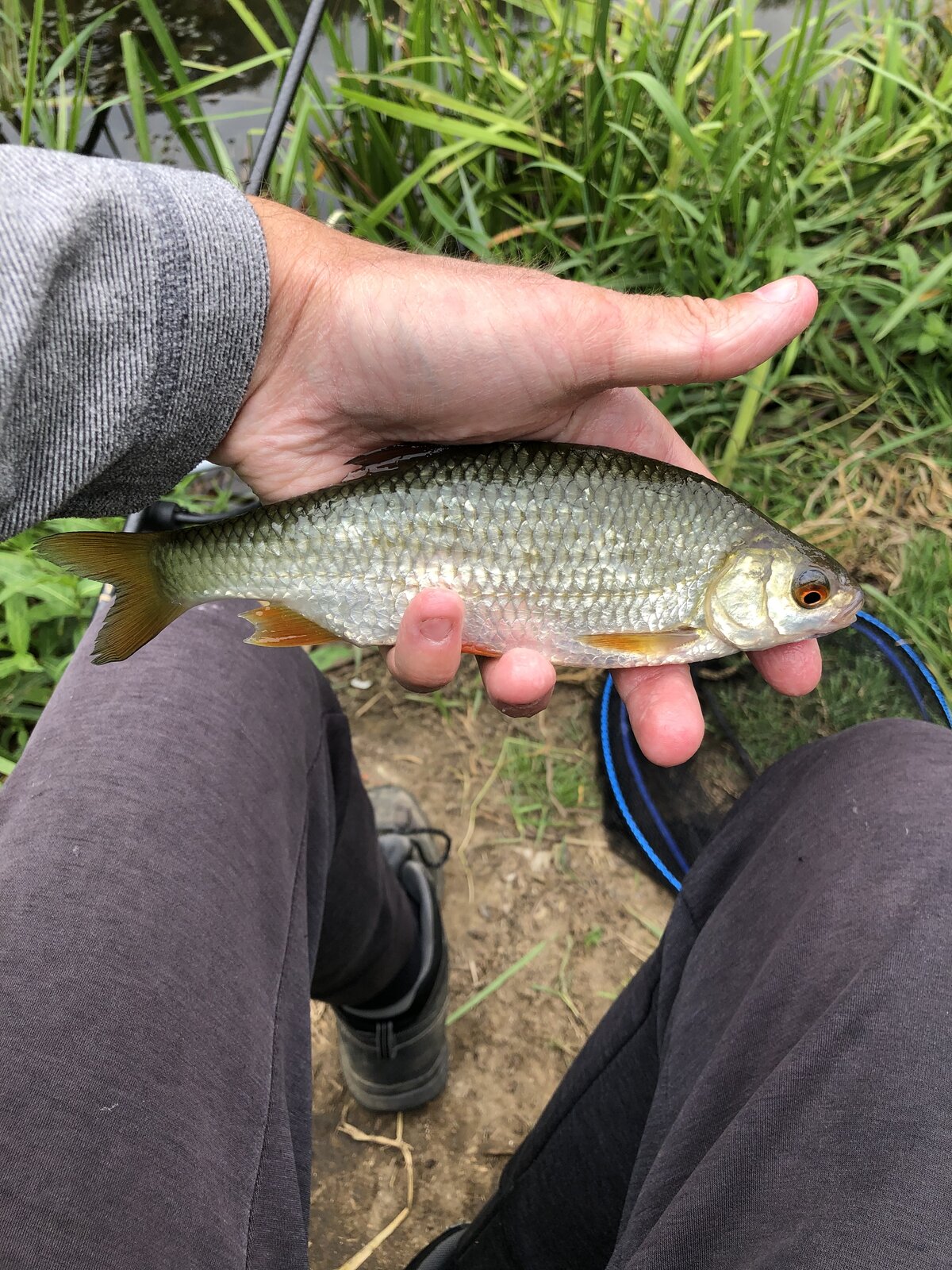 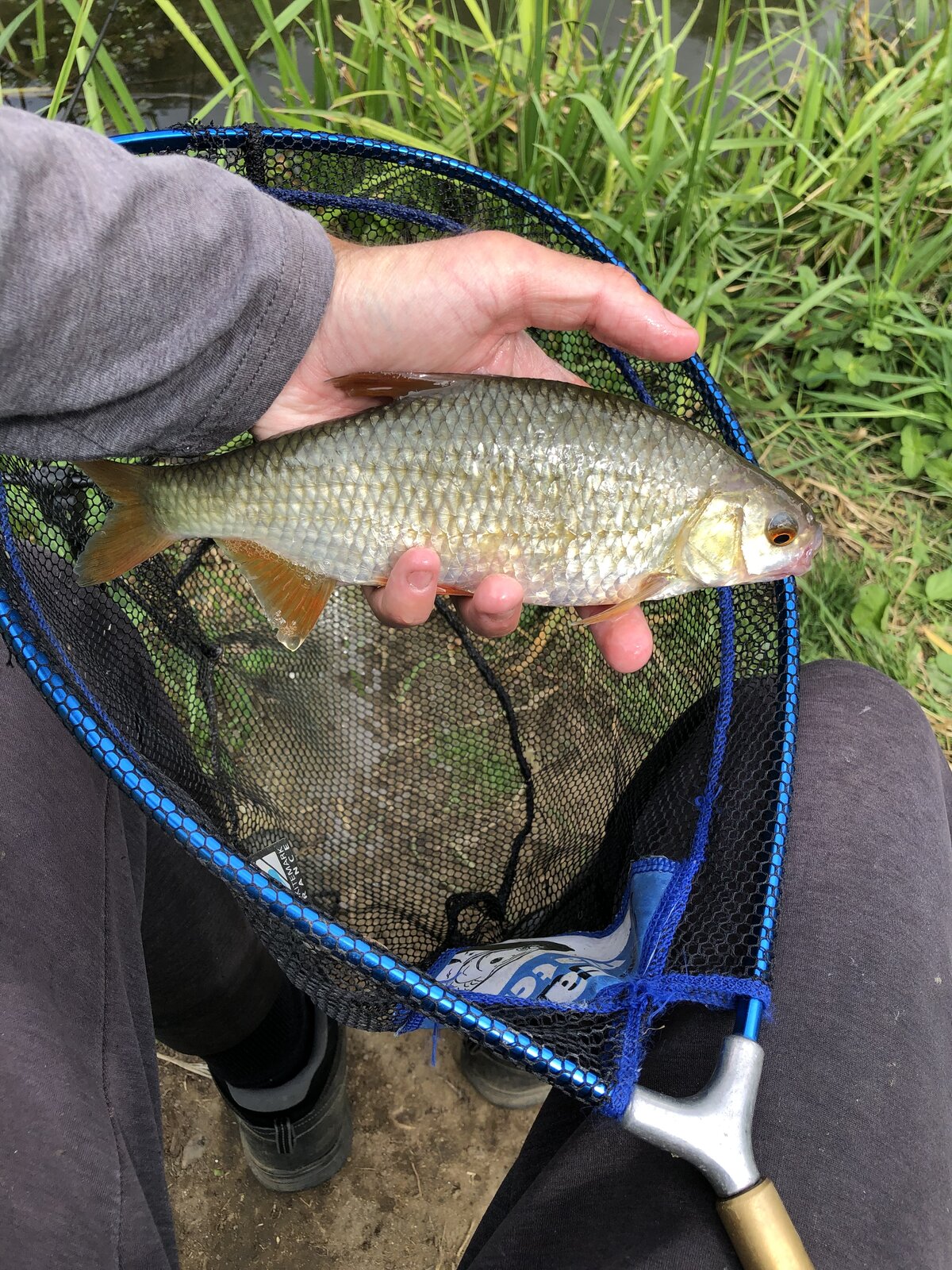 Meant to add once in the swim today we didn’t see a single person on the water or on the land and whilst you dont see many people in this spot ever I think today might be the first time that’s ever happened to me whilst fishing. Literally complete tranquility all day. Well apart from the weir noise although even that’s quieter than usual atm as the waters just trickling over it due to the lack of anything beyond short light rain showers a couple times a week so far this month.