Anniversary of the D Day Landings

One of the most poignant pieces I've read.....

Gliders troops from the Sixth took the bridges at Orne
But some never saw that first breaking of dawn
They held out through daylight as the Panzers attacked
But they never retreated, they never fell back

The Eagles were screaming as they took Carentan
They didn’t all make it, but the Germans, they ran
Clearing the streets as the mortar shells burst
Dying in scores were the Hundred and First

Canadians that fought near the town of Courseulles
Torn up and mangled by huge jerry shells
They all knew the danger, some knew that they’d fall
As they ran through the bullets to breach the sea wall

British Commandos at Ouistreham, Queen Red
The bridgehead they took there was paid for in dead
Advancing inland as the day carried on
Fewer and fewer with a lot of mates gone

If you visit years later and hear the sea roar
Don’t forget those who went there in June 44
For all those that fought there and the many that died
Appreciate your Freedom and Remember them with Pride. 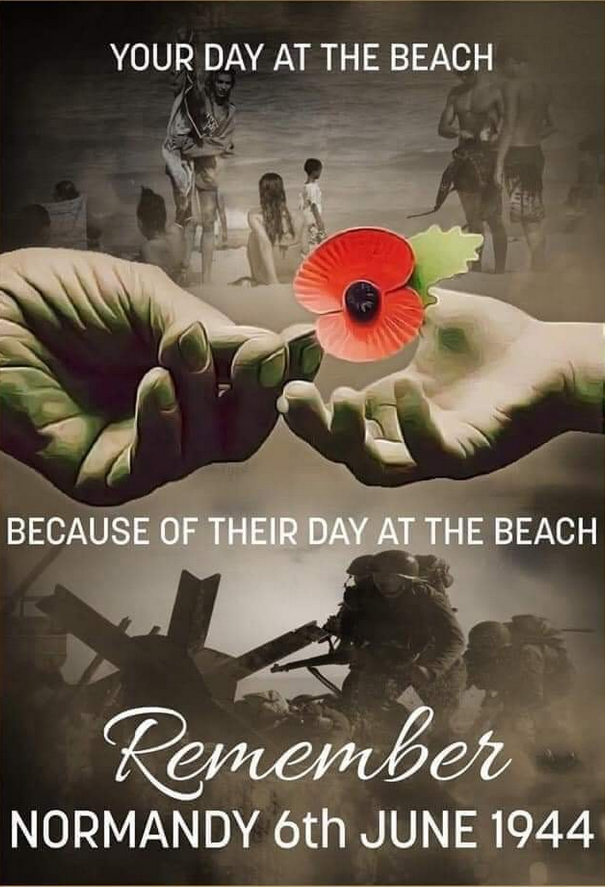 Visited the beaches and most if the places mentioned above several times over the years, when touring on the bikes, we usually stay in Arromanches-les-Bains the site of the surviving mulberry harbour, if you have a wal in to some of the gun emplacements that remain along the coast, and look through the slits where the German machine guns would have been, you realise how intense the killing must have been, you are so close to the beech looking down on a landing craft You really couldn’t miss. Its worth visiting the new memorial that opened this year. If you go and sit in the church at St Mere Eglise have a long look at the stained glass window.

I was born in 1948. As a child growing up WW2 was only 3 years past ending . Only when getting a bit older and realising how fast time goes by did I realise how recent it was to me. I tend to think of the Falklands War as very recent until I realise it was 1982 and 40 years FFS!
With the Ukraine in mind nothing much changes does it?
P

Must have been like hell leaving the boats on the beaches

The best thing on Sky Sports

Apparently the first 15 minutes of Saving Private Ryan are regarded as the most realistic scenes ever made. I have watched it many times and it is truly frightening. The German machine guns were set up at an angle that allowed them to cover all of the beaches
N

I wonder what the response of the u25s of today's Great Britain would be if asked to do the same....

This post in no way seeks to diminish the sacrifice made on D Day.

I always find it of interest when reading of the numbers involved and the number of deaths and casualties.

156,000 soldiers assualted the beaches or parachuted into enemy held territory supported by nearly 196,000 naval personnel. That territory was defended by approximately 50,000 troops in fortifications and emplacements. Total allied casualties were roughly 15,000 of which 4,414 are known to have died. The Germans suffered casualties estimated at between 4,000 & 9,000.

In purely numerical terms I find the number of casualties on the allied side remarkably low. On the German side they seem high for troops in well prepared fortifications.

Each death, on whatever side, is tragic and sad. But after the first wave that took the brunt of the defensive fire and suffered most casualties odds were remarkably good that a soldier would survive.

What is sad is this thread and Chervil's has up to now only received 13 posts.
A sign of the times.

Those figures are just for the assault wave Neil and the German forces such as the Panzer and grenadier support divisions were held back.

The Battle of Normandy figures were over 425,000 Allied and German troops were killed, wounded or went missing.
This figure includes around 210,000 Allied casualties, with nearly 37,000 killed amongst the ground forces and a further 16,000 deaths amongst the Allied air forces.
Last edited: Jun 6, 2022

It's a very humbling experience when you walk through a WW1 or WW2 cemetery in Northern France. Seeing the ages of some of the boys who lost their lives, so we could live the life we have now.......

I know this lad died fighting WW1, but he was only 16 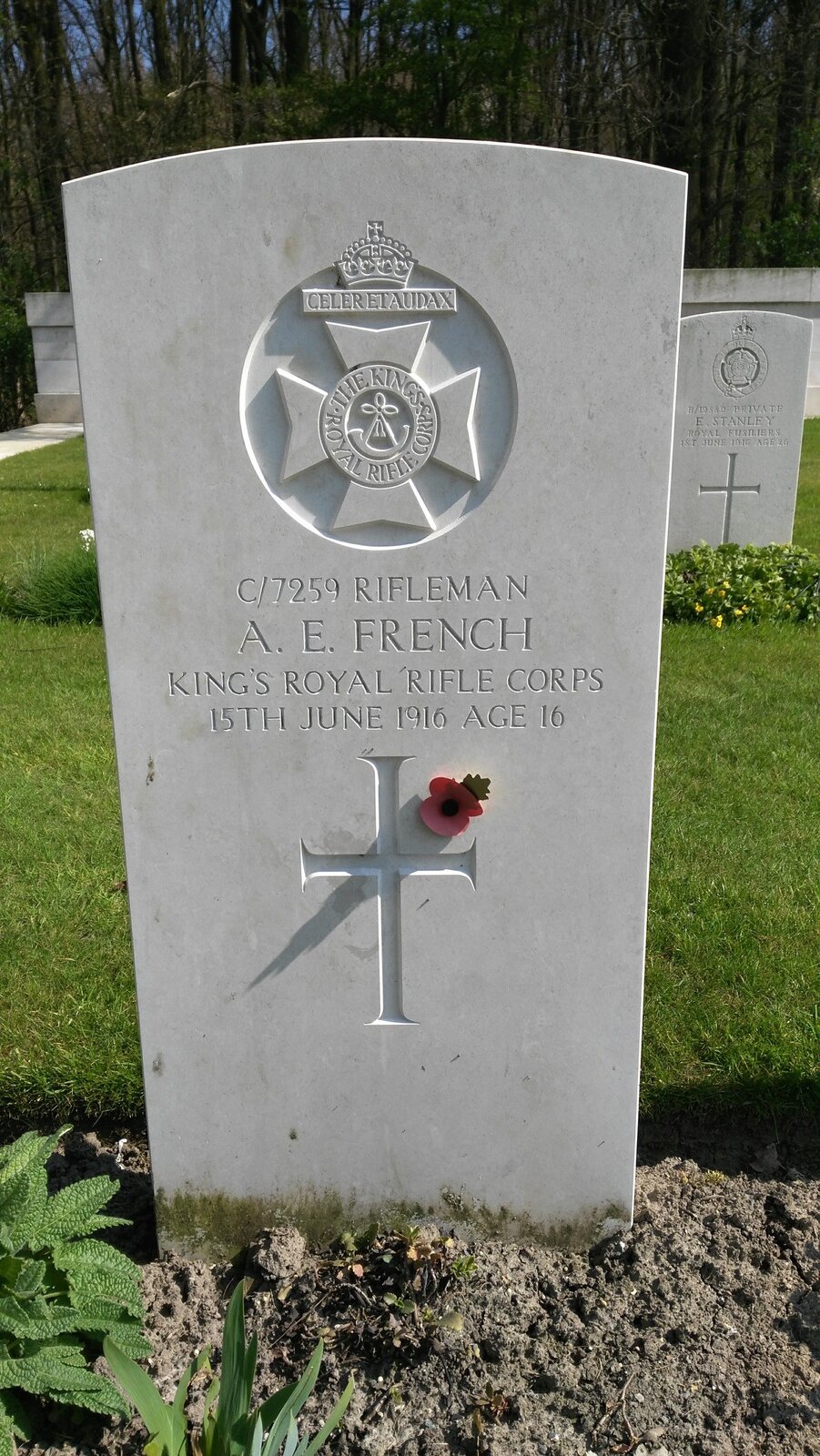 bezzer said:
It's a very humbling experience when you walk through a WW1 or WW2 cemetery in Northern France. Seeing the ages of some of the boys who lost their lives, so we could live the life we have now.......

I know this lad died fighting WW1, but he was only 16

My Dad's grave in the Tilly-Sur-Seulles war cemetary,killed two months before I was born. 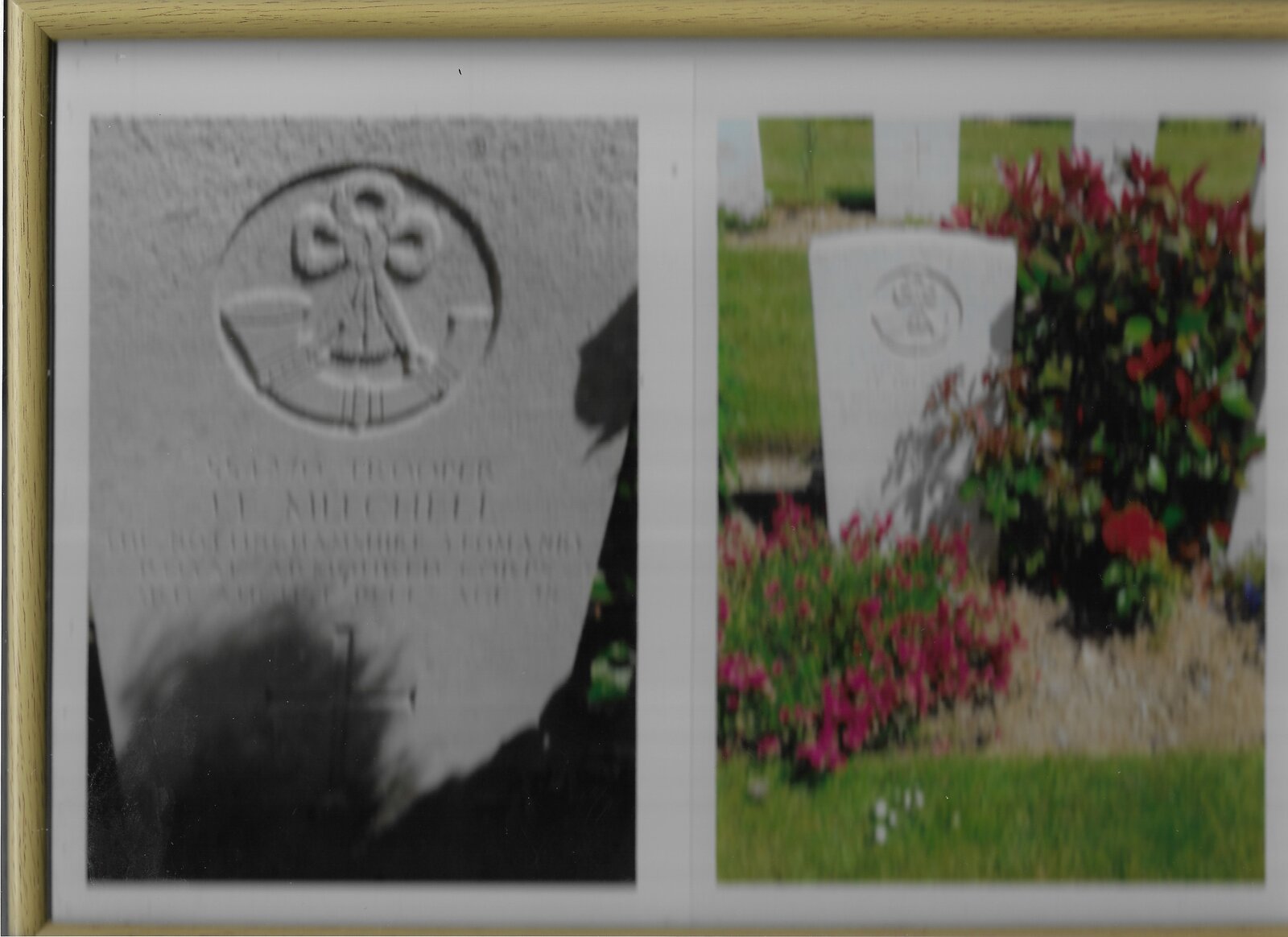 The Adventures of Reg !

What was the best day of your Life?
2

Covid for Christmas - Some lessons learned.
2