84fisherman said:
nah, there's a lot of names now in angling that I have never heard of, obv until someone tells me.
Click to expand...

OldTaff said:
Need to read this - especially pages 4 & 5 where our dearly missed Mick the Chippy dropped himself in the muck up to his neck and we all had a chuckle
Click to expand...

He was gracious about it. Especially when Steve told him how many times he’d won Whiteacres.

I didnt know about all the takeovers

Leeda is a well-established distributor of fishing tackle and owns the Wychwood, MAP and Leeda brands.
www.leeda.co.uk

stikflote said:
I didnt know about all the takeovers
Click to expand...

There’s been that many I don’t think a lot of people will. 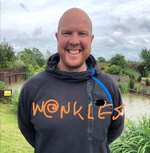 You heard it here first. What a scoop.

84fisherman said:
You all just speculating and assuming. There's no info online anywhere that I can see in regards to Andy May joining any other company.
Click to expand...

So what, it's what forums are for exchanging information and opinions!

Nunachuk said:
So what, it's what forums are for exchanging information and opinions!
Click to expand...

I expressed my opinion. I know what forums are for. Lets see where he ends up.
D

Well the MAP press release used a quote from the film, The Matrix, and mentioned the film title. So could be Matrix, or they could be messing with us. I've heard rumours mentioning both Matrix and Guru. Personally, I'd love to see him as an independent, but I think he probably needs a consultancy role to keep himself working as a full time angler. He may have wanted to work with a company that provides him with more screen time, because MAP are not good on the Facebook front. I could see him slotting in at Matrix, especially with Jamie, his Winning Ways partner being there. But Guru might be a bit mad on the Facebook front, with Godfrey, Tank and May on the same channel!!

Loving the fact you’ve blobbed out the MAP logo Mick.

I'm thinking independent, as there have been no press releases from other manufacturers, you would of thought if he had signed another deal they and Andy would of publicised the fact to make the most of his media presence. Or map dropped him cos he's not winning nout, and had no reason to jump into a lake

@sly could be sponsored by MAP.

62tucker said:
@sly could be sponsored by MAP.

Would you feel better if I was offended on your behalf?

Wasnt Andy May on the Guru podcast recently?

@Dave so did Tom pickering, amongst others. Have not seen any of them in guru gear.

SeanB said:
Would you feel better if I was offended on your behalf?

I am sure I can be quite offensive, err sorry, offended on my own behalf but thank you for your kind offer

Good luck to Andy, whatever he decides to do. proper gent and nice bloke. we need more like him.

T
WILL IT BE POWER'S FISH'O YEAR