Anyone else do this? Either because it's comfortable or you know it holds fish?

On my local Stillwater I have 4 or 5 favoured pegs and I just pick one based on where other people are and where any wind or sun is. On my main river stretches where it’s less crowded I do tend to just stick to 1 or 2 pegs that I know produce.

Nope... otherwise theres no challenge... done it a few times... but got bored and moved

Mate of mine when we fish a certain venue , he's always there earlier and on the same peg , I suppose I could get there earlier one day and gazump him but I couldn't stand the whining

I have a favourite swim on my local river, an old mill pool

its a place I never tire of fishing, I think I know it, but then if we have a bit of rain it can change overnight, the same with drought, the gates get shut and it changes to near a pond

the types and sizes of the fish that either I have taken or I have seen taken by others constantly amazes me,

tis a fine place for watching the world go bye to, it being in the centre of a bustling town,

here, just over the green spikey mind yer balls when climbing fence to the right 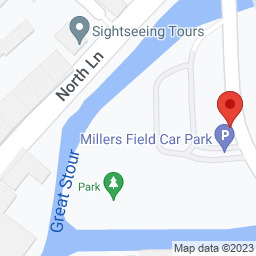 Use to fish on one part of the canal, there would be maybe 3 or 4 of use. One mate was always there early, we all new why, this one day we got there extra early the sock on his face was a picture. Never seen someone rush that fast from the car park only to find to angler already there and one on his so called peg. We didn't mind just set up a few pegs down he never spoke all day.and was one of the first to pack up and go.
He always insisted he was not bothered, but he was, he took some stick at work over it.

We all have favourite pegs, pegs we have done well on in the past or just swims we like to fish. Sometimes with my type of fishing, fishing the stick float you can be quite limited to the pegs you can fish on some rivers as the swims are where the deep glides are so you have no option. It isnt too long though before the explorer wants to see what is round the next bend...

I fish a large estate lake that is rarely fished. Come October I will stick with one main peg because the peg is deeper on that peg, I know that feed is going into it as I am the only one usually fishing in winter and therefore the fish will get used to finding food in the area. I will occasionally fish other pegs for a change but will always pay a visit to the peg to throw in some wheat.

This is my weir pool. You can see the parking spot and river from Google maps. You just have to hop over that fence. 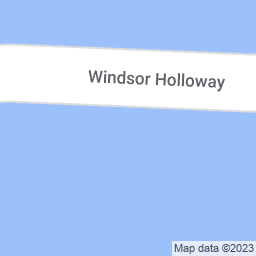 If I fished the Severn at Arley again today I'm likely to head back to the peg I fished last time for the second time because I did well there last time. Over time I'm going to explore a bit.

Because I had my favourite pegs on Wellingborough's Millcotton snake lake in 2013 I set myself the target of fishing all 40 pegs. Took me 18 months.

Wrote it up in my blog here if anyone is interested.

Millcotton is the name of a Wellingborough & District Nene AC club water about a ten minute drive from home. It was created to be like a c...

The matchman in my says just sit on any peg and make the most of it. To that end I always consult my notebook to see what pegs I have and have not fished recently. Sometimes though if I am in need of a confidence boost I will choose what is to me a good peg, or if on the canal one I know will produce even if breaking ice.

And I also will choose to fish a different rig, method or bait just to force myself to change and seek better ways or improvement.
V

I have a favourite swim on one of the lakes at our club, its a short chuck to an island on the method and the margins come alive too, I fish a pole float on running line (never used a pole) and bag up on Rudd, big Roach, Carp, Tench, Crucians, Perch...you never know what you'll get next.

I think part of the excitement before going fishing is wondering if the banks will be full, what peg will you get (especially in matches), and will someone be in your favourite swim.

it's the whiners I can't stand when you turn up and park up in your swim for the day and some moany old so-and-so turns up and say... oi... you're in my swim... also when you plot up and some cammo clad pillock shouts from the opposite bank oi... I'm fishing there fellah.... Don't think so mate

Fishing in the same peg isn't for me (if I can help it). I like to look at others and find out what's in there. Underwater features such as dips, hollows, plateau's etc. are all worth exploring and you never know where/when that bonus or PB will come from.

I started using mussel as bait for roach on a smallish pond. It was slow at first, but the roach seemed to develop a taste for them, and it certainly seemed to sort out the better fish.
The same peg fished even better a few days later, and improved even more over the next couple of trips, with plenty of fish between 1lb and 1lb 13oz.

Then on the next visit, that peg was occupied. There was no one else on the pond, so not wishing to crowd the guy out, I moved to the opposite side. And struggled with mussel.
Packing up, I offered half a bag of mussels to the chap in "my" peg, and he started catching straight away!
Stupid of me perhaps, but there you go.

On my next visit, I went back to the far side peg, and started catching on mussel, getting better and better as the day went on.

I cannot believe that the fish had got used to the bait in just that one swim, and were suspicious of it in adjacent swims.

The 4 or 5 pegs I fish on my local Stillwater each consistently produce midteen bags of roach with the only difference being some are slightly better for perch than others so it’s almost like fishing the same peg regardless on which one you are on. By contrast the couple of pegs I fish on each of my thames stretches can vary quite a lot in what they produce day to day so it can almost be like fishing a different peg each day at times.
D

i have a peg i fish when i first tried at 16 years old didnt catch until a old fella took pity on me and showed me how to fish it and the best wind direction to fish it on used to get big perch there up 2lb, not fished it for about 15 years tried fishing the last 12 months there had plenty of roach and perch but not the bigger perch, dont fish all the time there do try other swims but its a nice back up to avoid a blank

On the RMC is a bridge at a place called Giggers green. I like fishing to the west of this bridge but it was underfished and like a jungle
so I made two comfortable swims. Now pike can be a pain when fishing for roach but these two swims became almost impossible to
fish because of jacks.
Perhaps it was my fault fishing the same two swims, hemp going into the same spots on a regular basis plus the lingering aroma of red
magic must cause the silvers to hang around hence Mr Teeth on the scene.

When I fish commercials I often pick the pegs next to big beds of reeds. They're good fish holding areas but I really need to beef up my pole tackle as they're always straight in there when hooked. I need something to hit and hold them so thinking of getting a margin pole. Other than that, weather usually plays a part, there are plenty of times when I love having the sun facing me.

Zerkalo said:
When I fish commercials I often pick the pegs next to big beds of reeds. They're good fish holding areas but I really need to beef up my pole tackle as they're always straight in there when hooked. I need something to hit and hold them so thinking of getting a margin pole. Other than that, weather usually plays a part, there are plenty of times when I love having the sun facing me.
Click to expand...

An old tip! Try pulling the hooked fish in the direction of the reeds.
It ensures that the fish get into the reeds twice as fast, saving you time in the long run.

Anyone else have the same situation?