Well today I had intended to fish the canal again but after what must have been the 5th consecutive unseasonably late frost I thought that might beckon a blank so I went for the safety net of field farm fishery instead. It’s the very definition of an easy water that’s given me a couple good sessions in the last couple admittedly much warmer weeks and whilst I’ve never fished it after a proper frost before (it’s shut from sometime in November until start of March so misses most frosts) I was sure it would still fish fine.

I had intended to be there to start fishing about 8.45 like the last couple sessions but having not fancied scraping the car I let it thaw naturally and eventually started fishing about 9.15. From then until about 11 the weather whilst obviously cold was glorious with gently warming sun and the slightest westerly off my back and whilst stripping off the layers I’d had a good 40 fish by that point. Then the clouds gathered, the wind strengthed and turned to the north and the odd shower came through and until 1 it was really rather grim. Was so bitter that I had to put gloves on which combined with the cross wind hampering presentation and feeding slowed the catch rate quite a bit. About 1 it settled down a bit so I had another prolific period before calling it a day at 1.45 as my grandad was with me and had a prior engagement to go to so I thought I’d head off as well rather than wait for it to get cold again. All in all whilst that cold slower period certainly meant my catch rate wasn’t good as the last couple sessions or the general norm for there I reckon I’d still have had a good 80 fish having lost count during the cold spell whilst just trying to keep feeling in my fingers! Of those 6 were carp, about 10 were skimmers and the rest roach. Probably every other silver was a netter or nearly netter today which is quite good for a place that can be a nightmare for very small fish so I’d say I had about 15lb of silvers plus about the same again of carp. So maybe 30lb in 4.5 hours on a day more likely early February than early april as it certainly never hit double figures and spent most of the time probably closer to freezing therefore I consider it a pretty much session. That first part the session whilst it was calm and warmer saw most of the bit more proper roach caught which really whet the appetite for some more proper fishing when it gets warm enough for the more natural lakes and then when the rivers open beyond that.

Tackle wise today it was a simple one rod job as the lack really small fish meant I didn’t have to resort to targeting the carp which themselves werent that up for it today. As such it was the usual 13ft drennan acolyte ultra float rod paired with a 2500 shimano sahara RD reel loaded with 3lb maxima to a 1.5g drennan loaded crystal insert waggler and whilst I should have gone up to a 2g in the wind my fingers weren’t having that! Then end tackle was a size 18 to 2lb drennan silverfish hook to nylon and this was set up to dead depth in about 3ft of water. Hook bait and feed were both just red maggots today as again with no tiny fish to worry about there was no need to try pellets or anything and I didn’t have casters. Did consider balling in groundbait though which I’d never do on a place like this just so I wouldn’t have to get my hands cold loose feeding as much!

As I said grandad was with me again and had a pretty good session himself with probably about 60 fish of mostly roach, a few skimmers and 4 carp for probably about 20lb.

So despite the near frost bite it was another nice successful session if probably a couple hours shorter than planned. Was nuts that I was sat on the opposite bank in 20 degree heat last week given it was less than half that today but at least the fish didn’t seem to mind. Next session might be on the Easter weekend now as I’m otherwise engaged next Saturday and the Sunday looks rather damp but we’ll wait and see.

Two swim pics today to show just how much the weather changed plus a selection of roach and a couple carp. 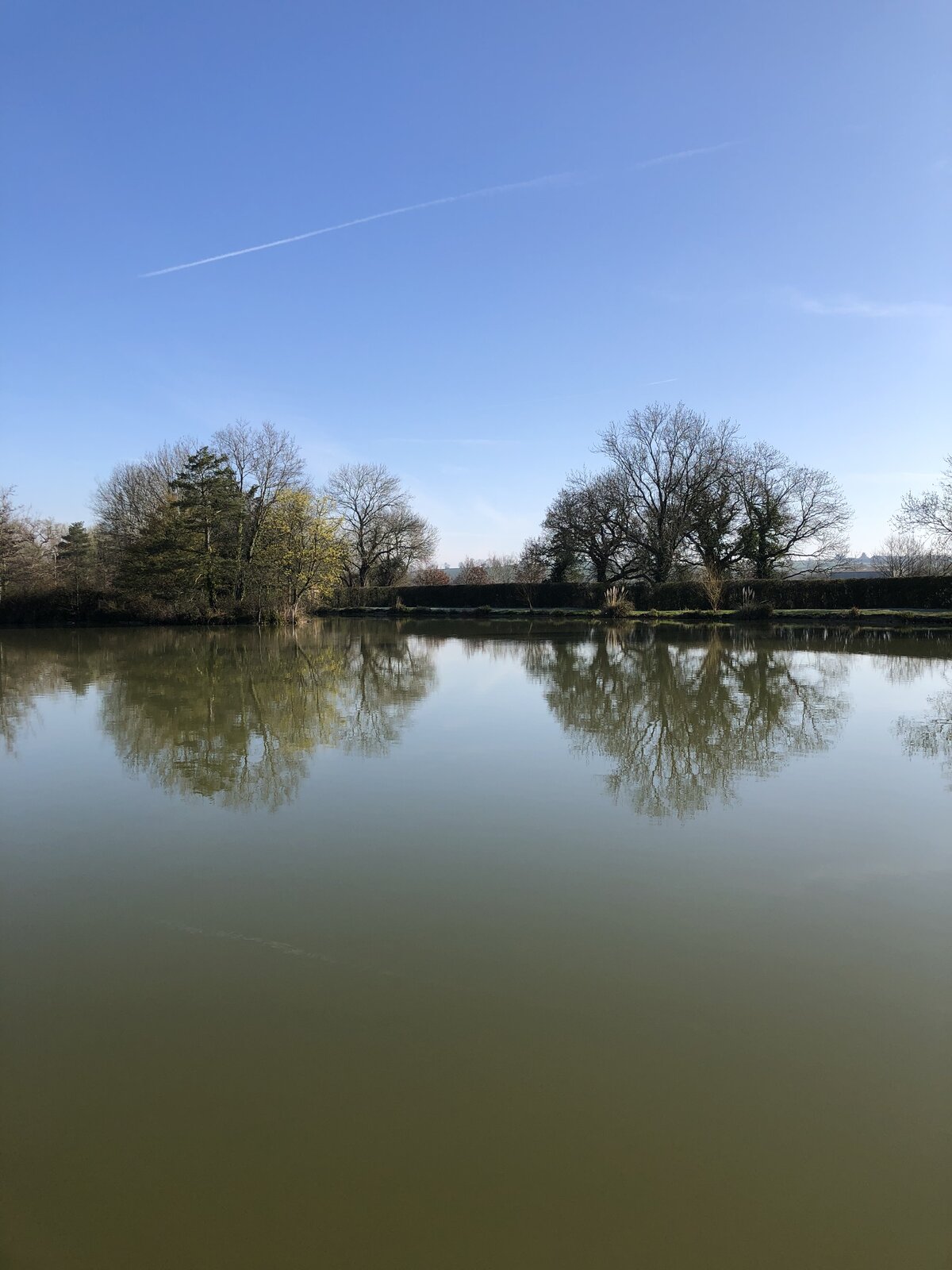 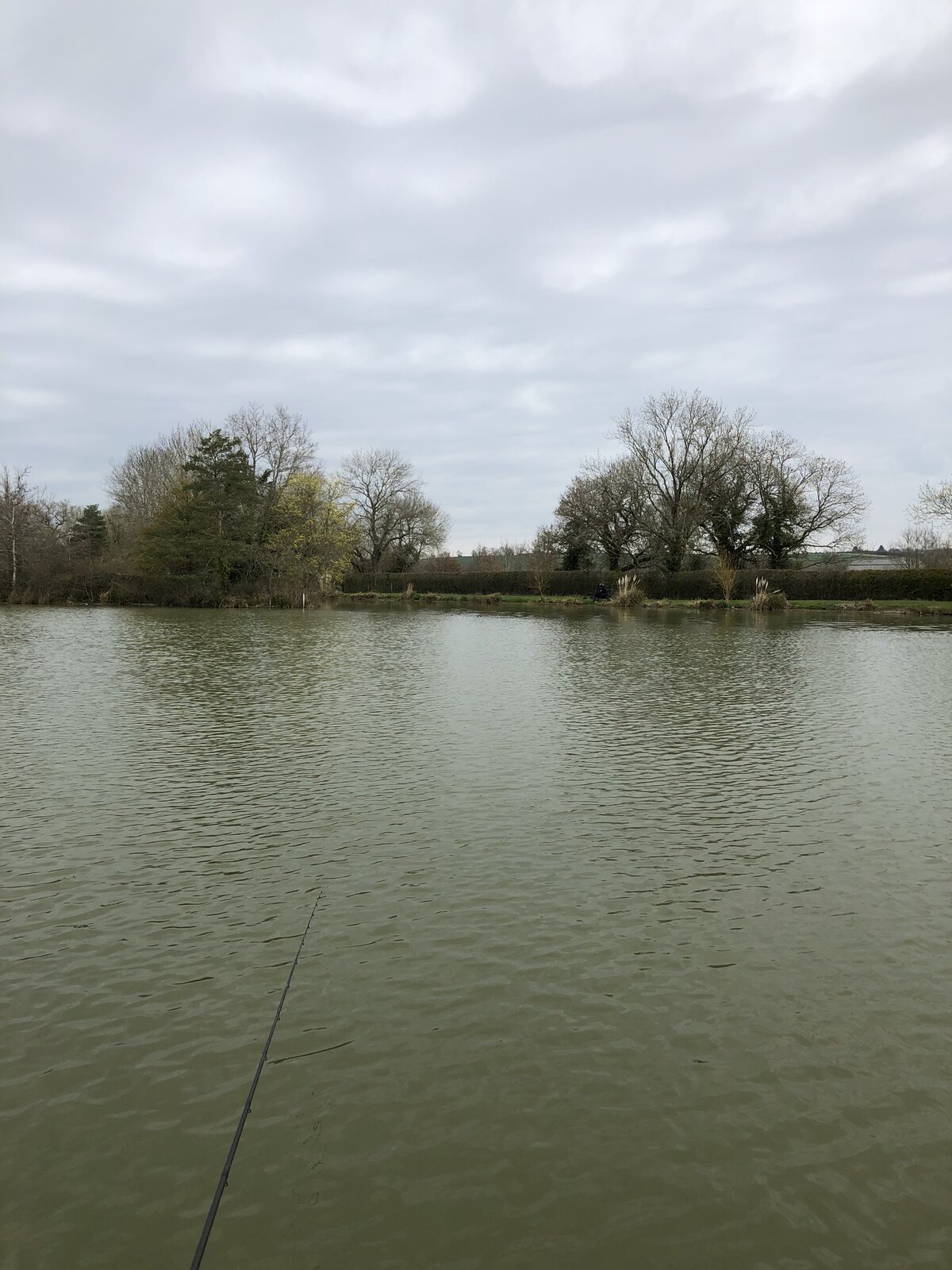 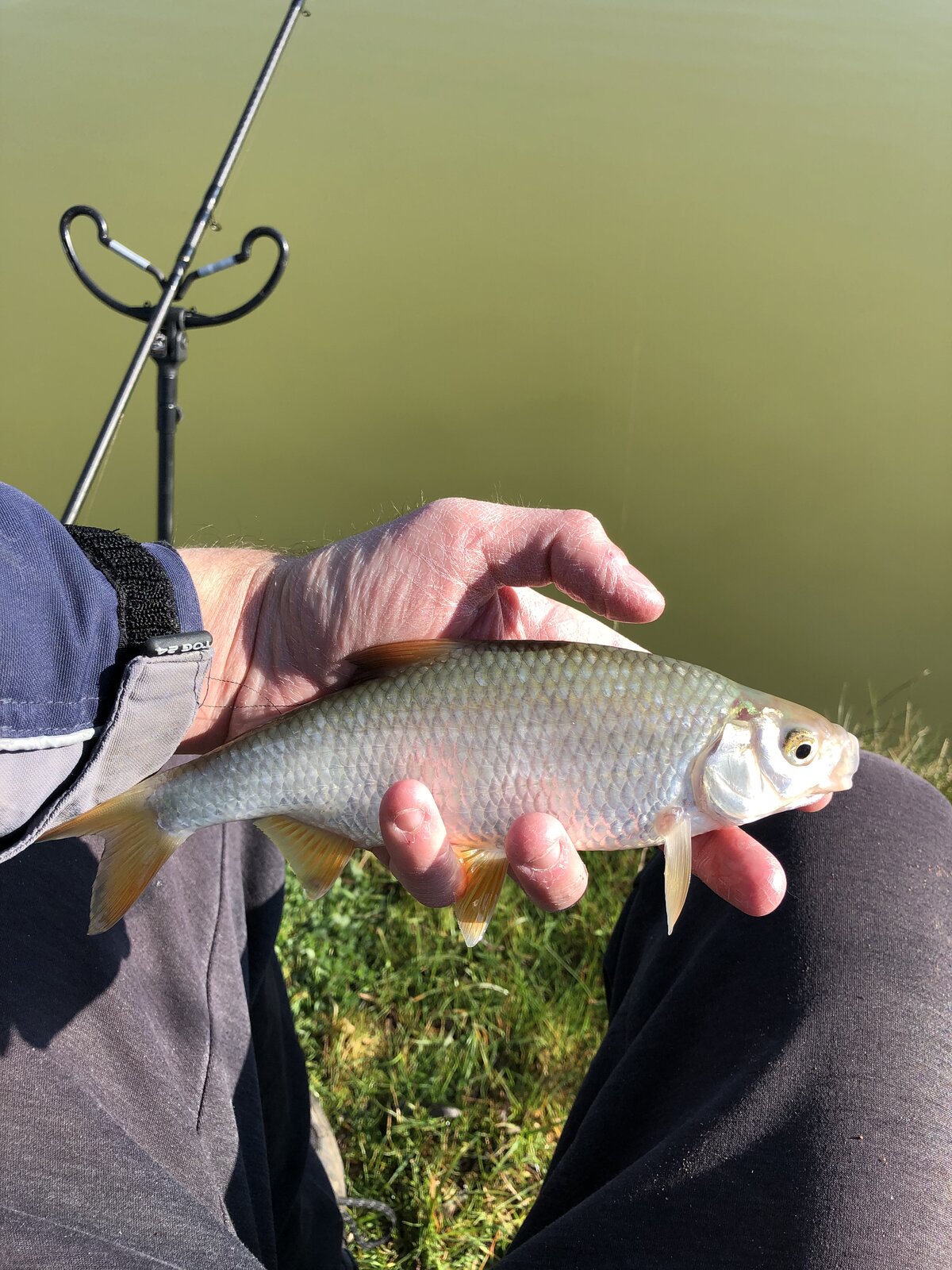 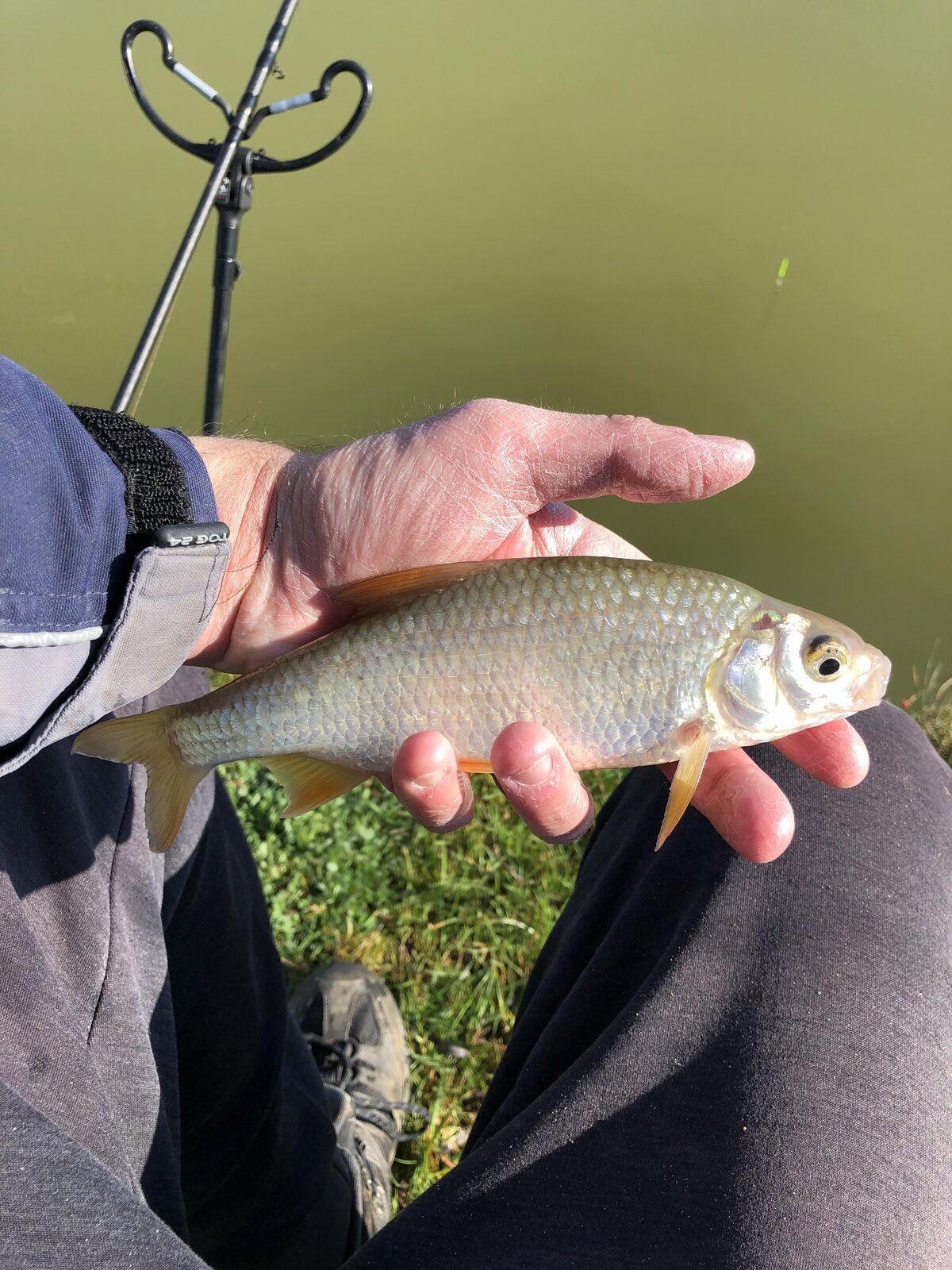 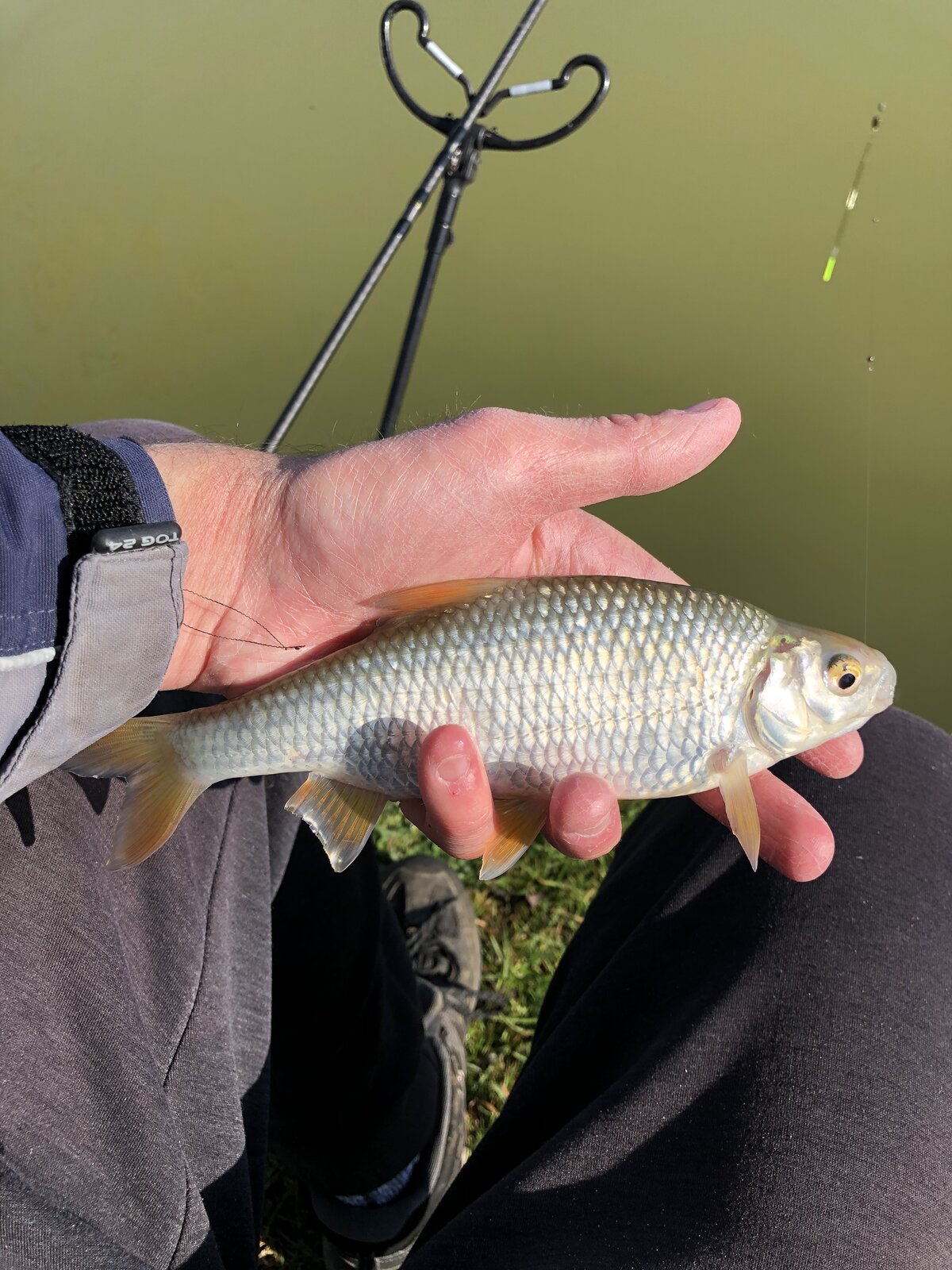 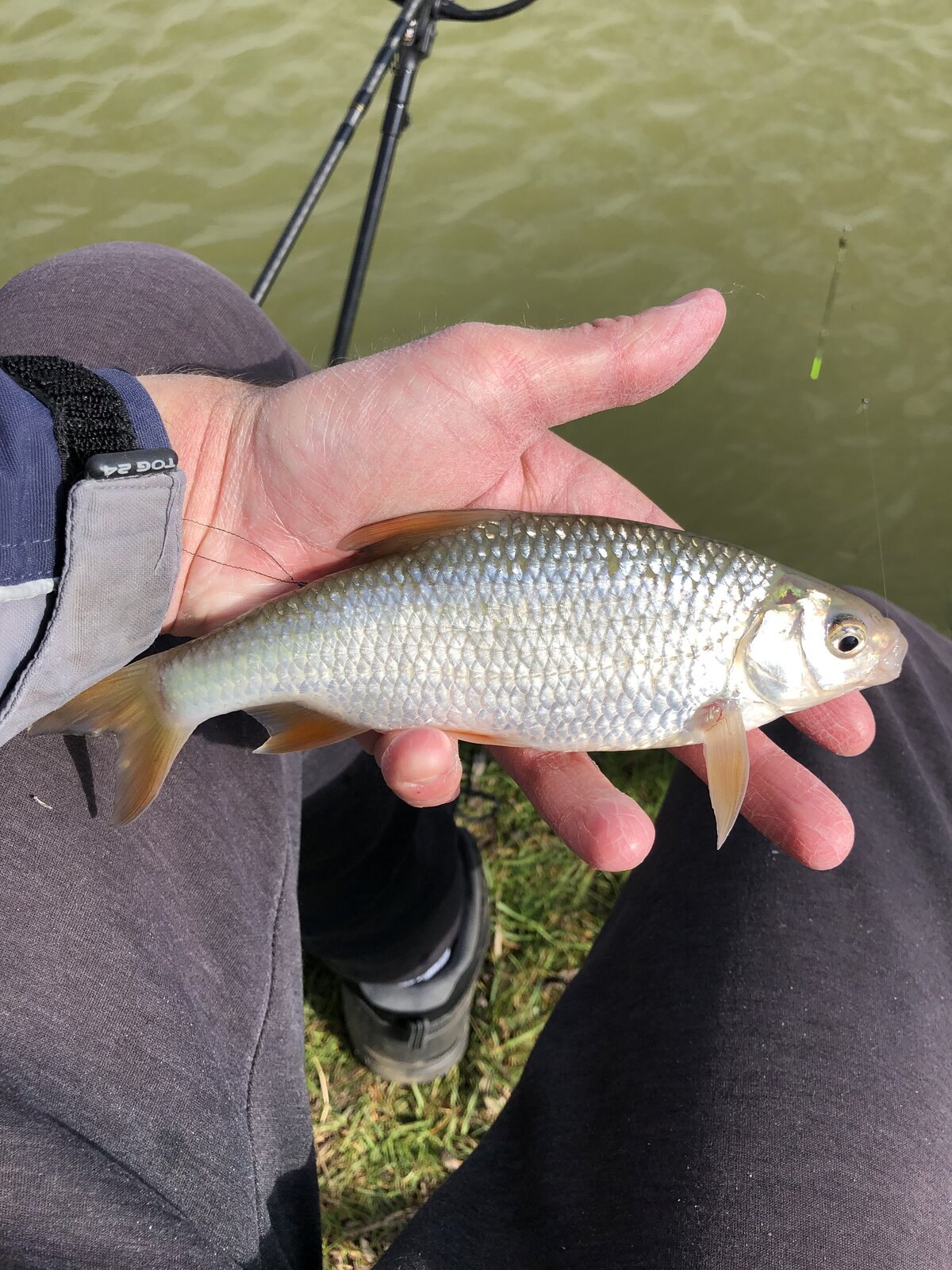 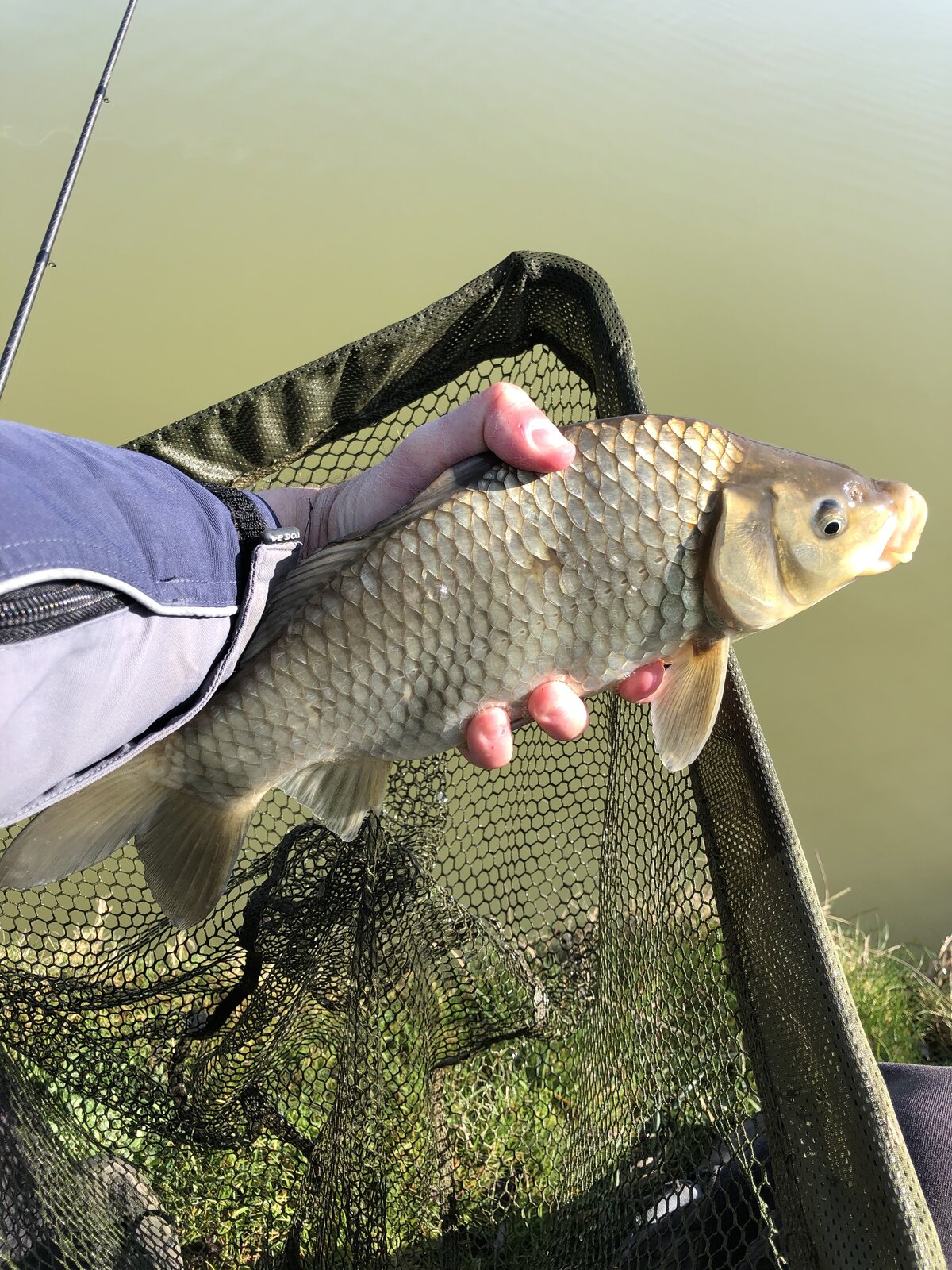 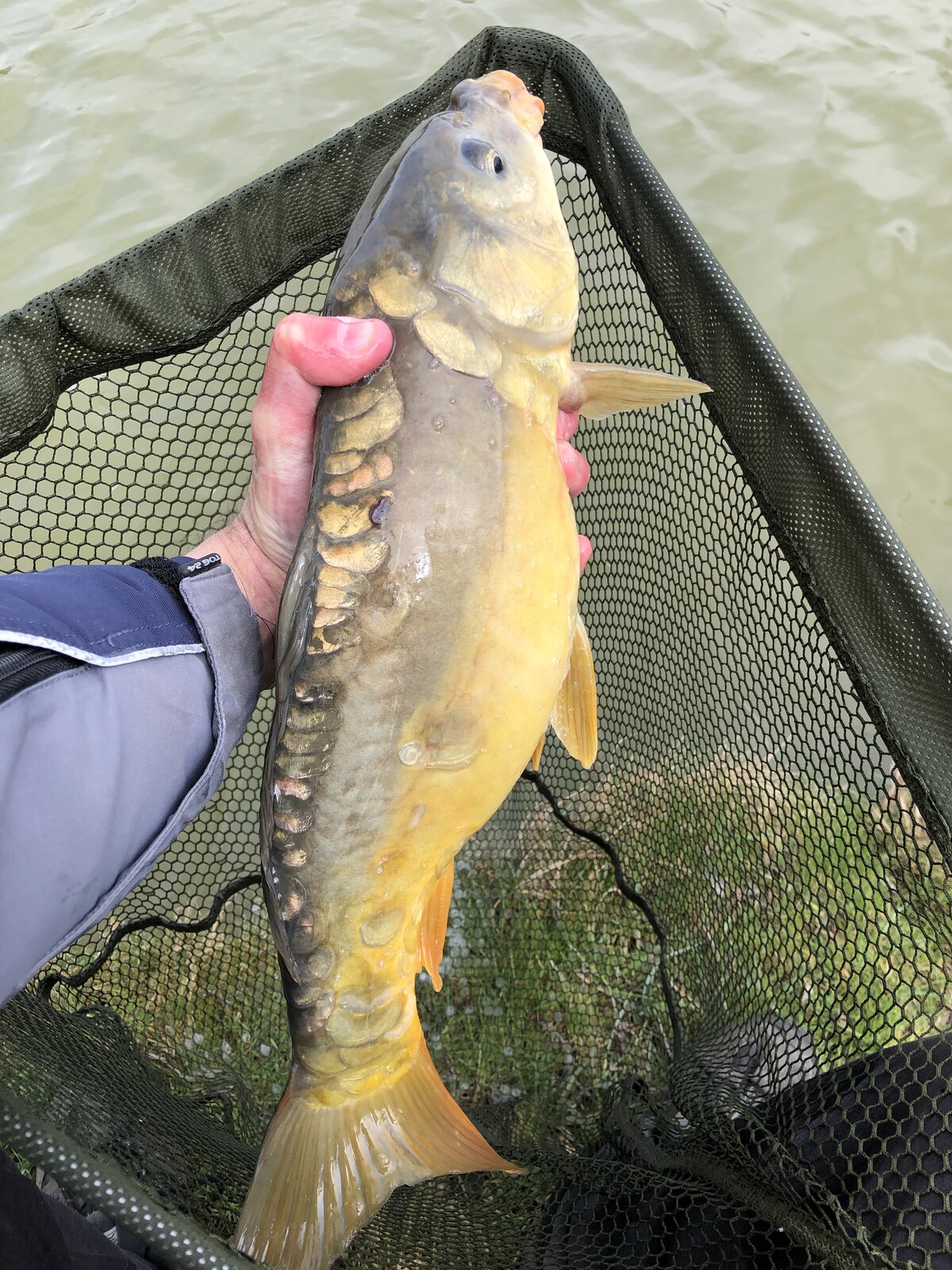 A good day out. Well played……

Baltic at the Beck