I guess like most of you, I started off fishing when I was young, with my dad. My first rod was a small Shakespeare spinning rod, bought from a Woolco store in the mid 80's when I was about 5 or 6, and my dad already had a rod of his own. For long enough, I didn't know where he got his rod from, I just knew that he had always had it and that it was noticeably different in appearance to my black carbon rod. It had a yellowish coloured blank, full cork handle and maroon/burgundy guide whippings. Around 1992, my dad’s father passed away and we received his old fishing gear via his will. He was a sea angler and aside from lots of feathered lures, I can't recall what other gear we received. Fast forward a little to 1994 or 95, I was given some coarse gear from a cousin of mine who used to fish, and I recall on one hot summers day, laying all the rods and tackle on the back lawn and giving everything a thorough clean and getting it organised ready for our next trip. The next morning or so, we woke up to find that the shed where the gear was kept, had been broken into during the night. Everything was gone, the padlock was still closed and intact, but the hasp had been removed. Naturally we were furious, the entire kit wouldn't have been worth much in monetary value, but in sentimental value it was priceless. We did get replacement gear from the insurance money, but I don't recall fishing with my dad much after that (golf gradually became our main interest at the time), though he did go out a fair bit with my younger brother.

With my recent desire to start going fishing again, I was keen to get my dad out along with my brother and my son. The 3 of us went out to a Weatherspoon's couple of weeks ago, we talked about all sorts of things, but fishing was the main theme. My brother was only 4 or 5 when we had our original gear stolen so we told him about what had happened. This was when my dad started discussing his old rod. He said it was a fibre-glass rod and that it was given to him by his dad. Though he's not the sort to say it, I imagine that rod must have held some sentimental value to him. It was then that I decided that I wanted to try to find and reunite him with the rod he once had. I knew it would be almost impossible to find the actual stolen rod, but I wanted to at least find another of the same type. I know he'd mentioned the brand or manufacturer name in the pub, but after 6 or 7 pints of Stella I couldn't remember if he said Sealey or Black Seal. However, I went straight on to eBay and began my hunt; 'Sealey' brought many results of old cane rods and also fibreglass but none of the results looked like his rod.

I then searched using 'Black Seal' and the search results were extremely limited in comparison but one listing in particular immediately caught my eye. When I clicked the listing, right before my eyes was a photo of the rod I so vividly remember, at least I was almost certain. It had the same yellowish coloured blank, full cork handle and maroon/burgundy guide whippings but the listing said it was a 7ft Spinning Rod. I couldn't recall any other details of the rod from memory, I never knew its length only that it was a bit longer than my old Shakespeare. Given that I was also quite young, I probably remember it being longer that it really was so perhaps it was the right rod after all. I wanted to be sure on the name, so I gave my dad a quick call with the ruse of asking him to find my old box of floats from his garage but with a brief topic change, I got the confirmation I needed; it was Black Seal. As soon as I was off the phone, I immediately purchased the rod for £34 excluding postage - absolute bargain in my eyes. Thankfully the seller posted immediately, and it arrived a day early yesterday afternoon securely packed in a large cardboard tube. Overall, it’s in really good condition, some of the guides have a bit of surface corrosion and parts of the guide coating seems to have also come away. I guess they could be replaced by a professional, but I'll leave that for my dad to decide.

I don't know its date of manufacture but a quick google suggests that there might have been 2No. Black Seal brands as I've seen 2 different logo's; one uses BLACK SEAL text and is by RG Edwards & Sons of Carshalton, Surrey, the other is a picture of Seal on a block of ice which is the logo on the rod. This appears to be manufactured or related to Mordex, a name I know through @Arry and his pins. I think the rod is from the 1960's but I'd be curious if anyone here has any knowledge on this rod at all.

I'm due to visit him on Sunday and looking forward to giving him the rod, I just hope he likes it 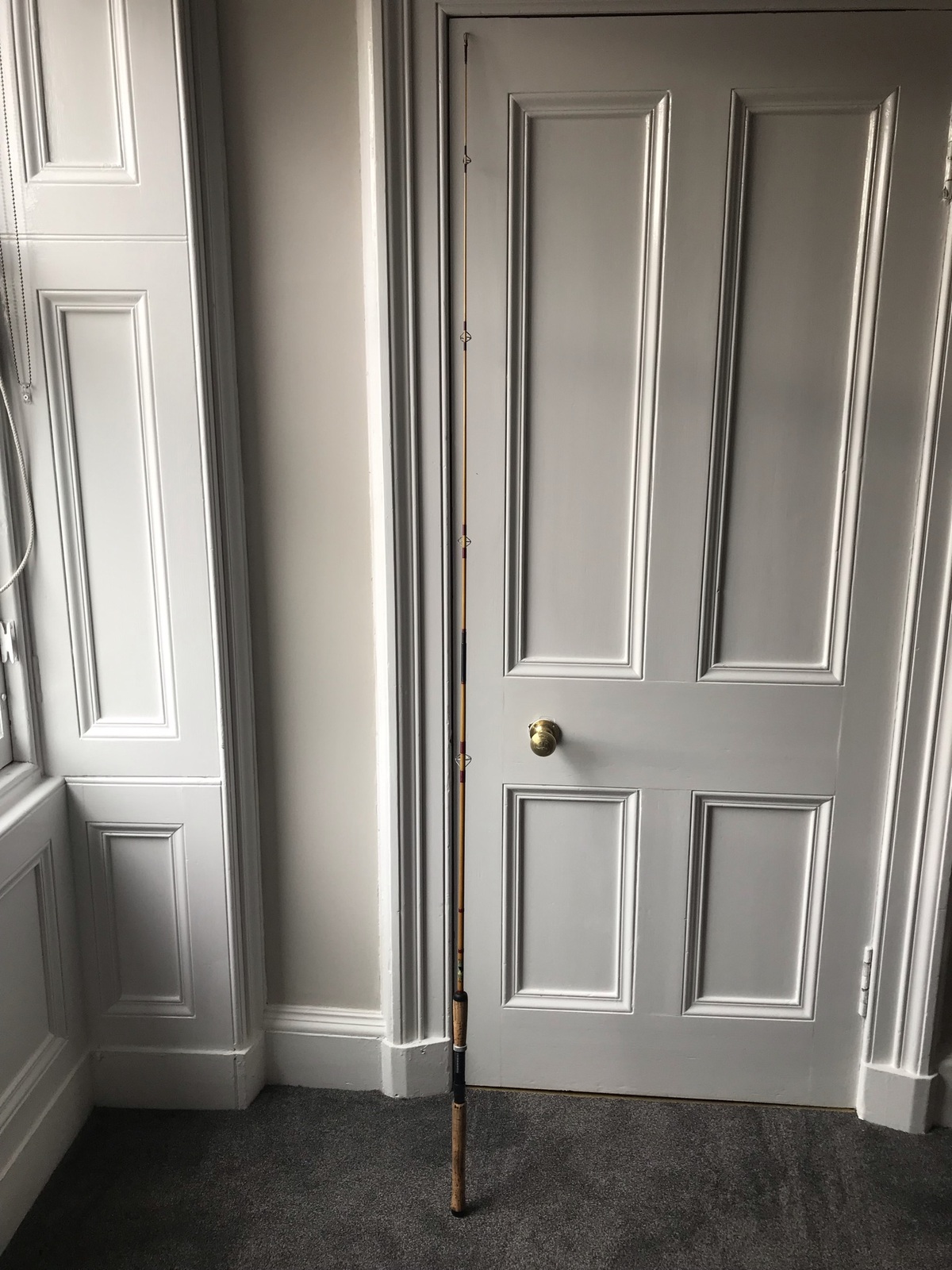 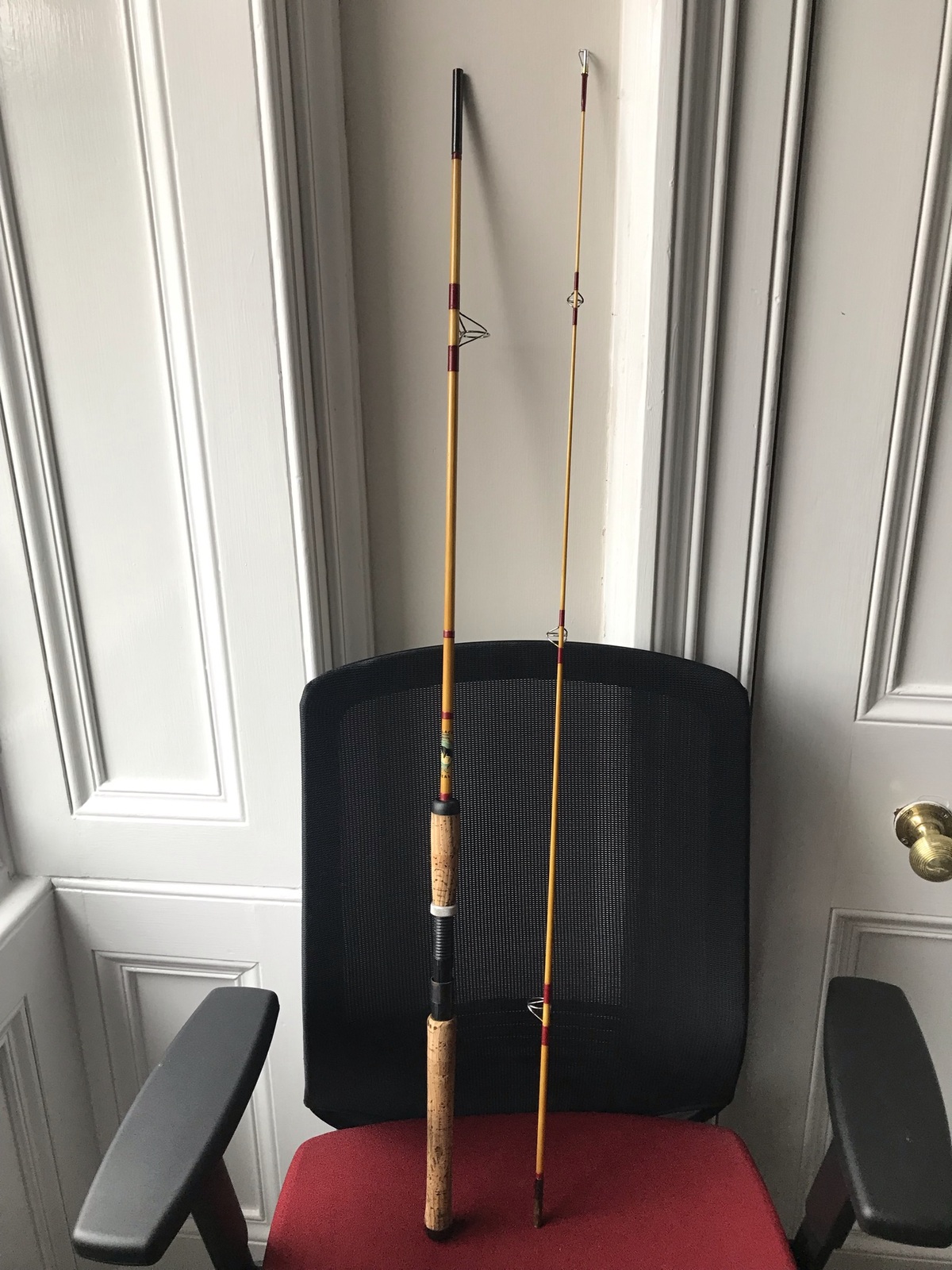 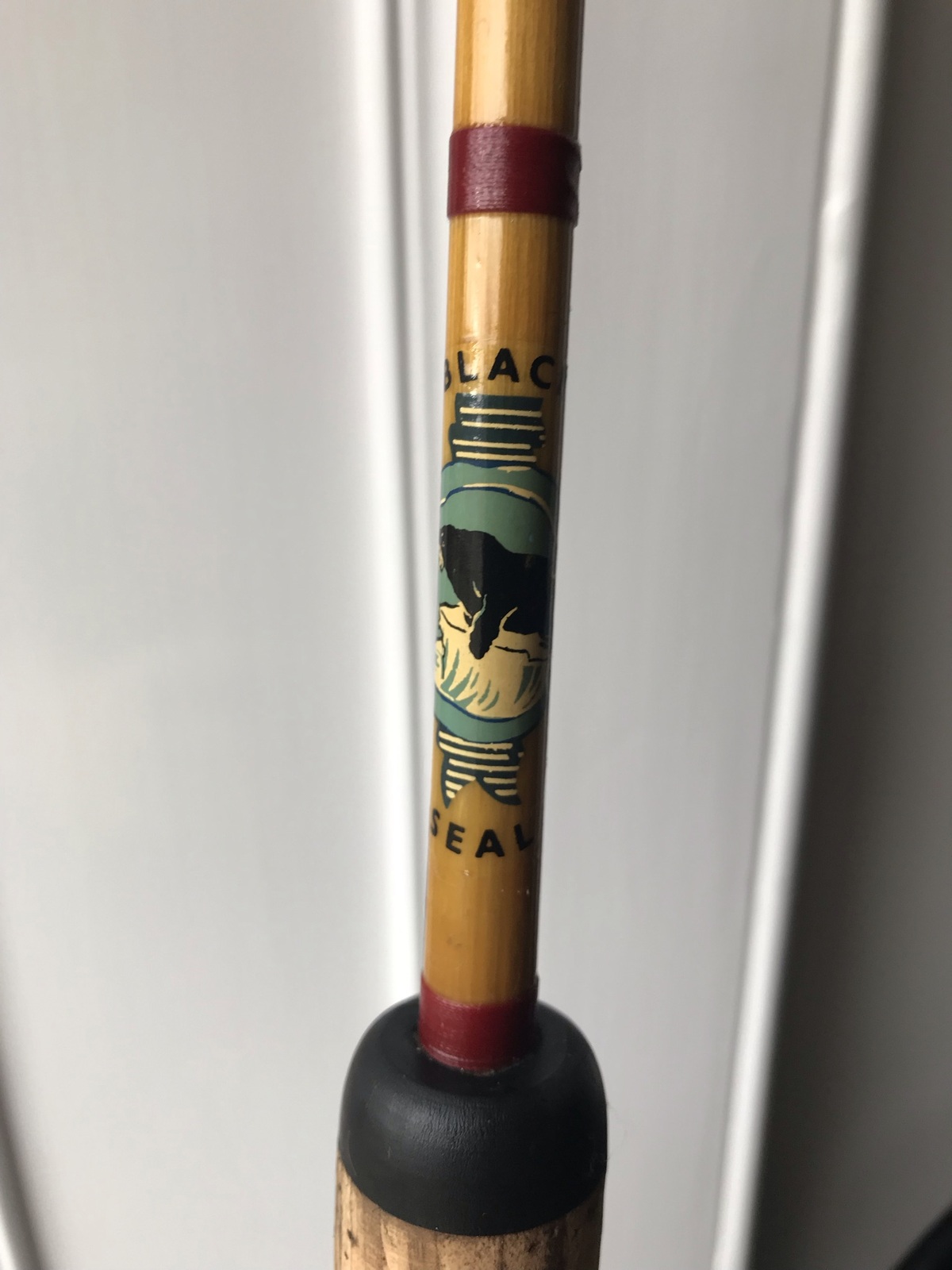 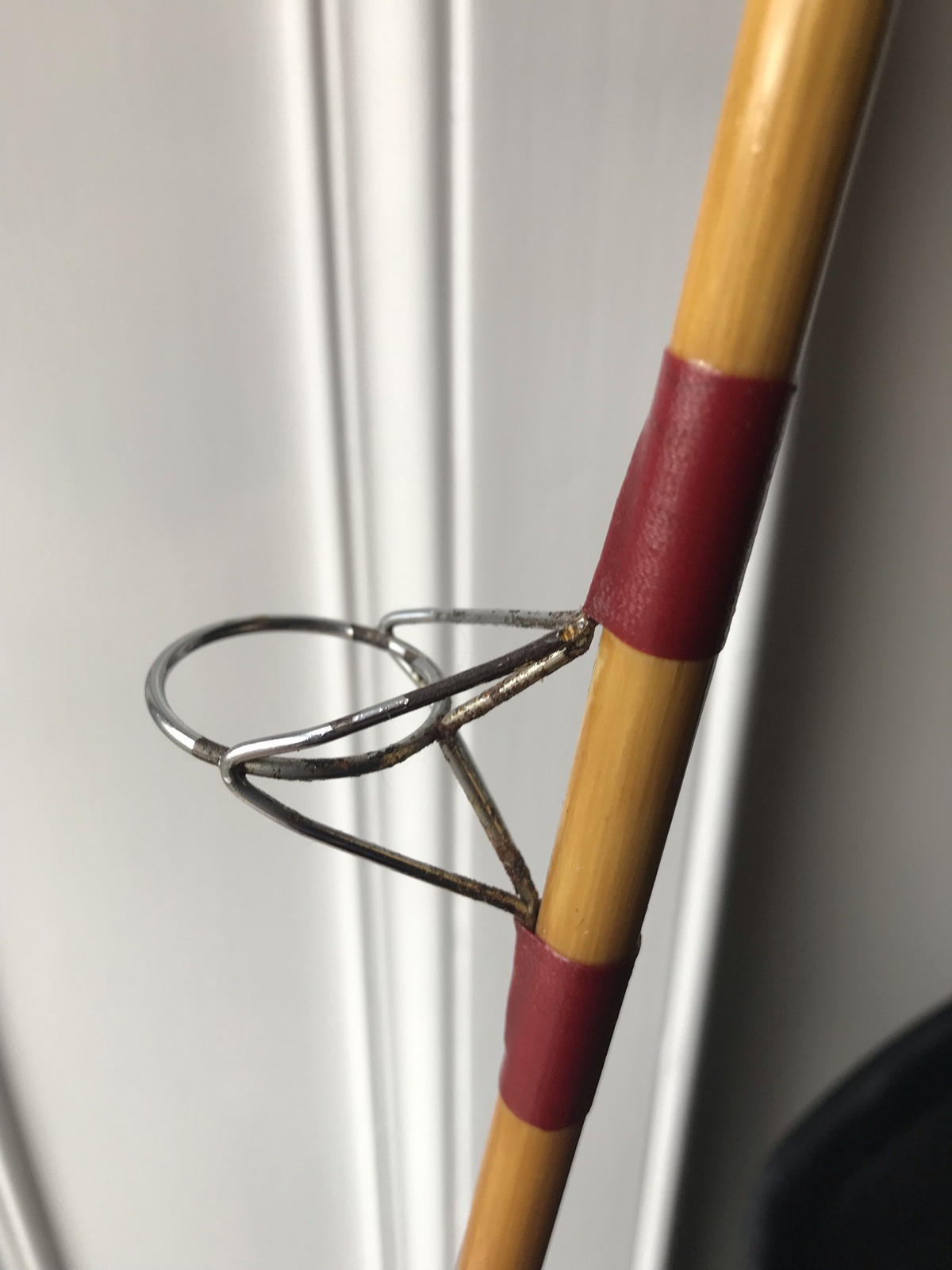 That's brilliant that mate...just imagine his face. Let us know how it goes.
L

That's a result mate, well done.
It'a a decent rod and I hope it brings back some happy memories for your Dad but I wouldn't attempt to use it until the all rings have been replaced: the butt ring in particular is beyond redemption with all the Nickel plating coming off.

Well done on finding the rod... lets hope you have a many bites on it...

If you're on Facebook the guys in this group are a mine of information too
Traditional Angling, Retro Tackle (TART)

Nice post this mate, well done and l'm sure your dad is going to be overjoyed.

My first rod was a Black Seal 7ft glass fibre , bought it 60 years ago . Sure your dad will love it

Brilliant write up mate, I love this sort of thing. A present with a lot of thought and effort behind it. Means so much more than just giving an Amazon voucher.