I had 11 or 12 names down for this match – the Mike Winney Memorial Trophy – and arrived in plenty of time to peg out in the woods along the west bank of the reservoir and possibly along the moor on the south side. I arrived in good time but the main gate on the access road is now locked on a night and it wasn’t until quarter past seven that the guy from the adjacent house unlocked it. It was a glorious day though , wall to wall blue sky and barely a cloud in site with the promise that temperatures were gonna climb later.

I’d walked around the reservoir with the dog a few weeks earlier so had a pretty good idea where I’d be positioning the pegs. A days work with a chainsaw and some long-handled loppers would open up half a dozen pegs through the woods but as it stands between the open peg just past the slipway and the concrete block there’s only a couple of pegs that are fishable and even those would require a platform or a box with long legs to get beyond the overhead trees. Since I knew many of our members had neither I couldn’t really put those pegs in the hat. So peg two was the concrete block and the final peg on the west bank would be peg 10, meaning that pegs 11 &12 would be across the feeder streams at the head of the reservoir and onto the moor. 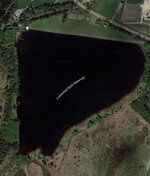 I pulled peg five out of the hat, half way along the west bank and very possibly the same peg I fished nearly three years ago the last time we fished in the woods https://www.maggotdrowning.com/forums/threads/wot-no-trout.206072/ 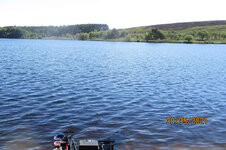 I had a couple of tip rods set-up – 12’ Acolyte and 13’ Acolyte Distance Feeder plus a Daiwa Amorphous 13’ waggler rod. I’d also dropped my whip into my holdall on a last minute whim. I was pegged between Kev on peg six and Tony on peg four – Rob and Darren had drawn the short straw and were on the moor, although that area doesn’t get fished much so could be good, Darren was less than impressed to discover that the bridge over the first of the two main feeder streams was too narrow to accept his trolley, so he had to unload and carry everything across individually. 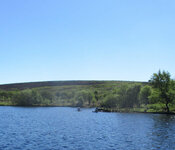 Took me a while to get set-up properly and by the time I’d started Kev already had four or five fish, fishing close-in on the waggler. Target species are generally roach and perch – preferably the former as they’re chunky, thick set fish and weigh more than the perch. I started on the feeder at about 30m and after three chucks to get some bait in I sat back to await developments whilst loose-feeding maggots at waggler range. With nothing happening I had a look over the waggler line but the tow was immense and I couldn’t keep the float still. Dropping back to a point where the tow wasn’t too bad I did actually get a couple of bites, and a small perch, however trying to fish a 9” two swan waggler at a rod length out in 4’ of water wasn’t easy and I was missing more bites than I was getting.

Didn’t take long to set the whip up and a 4m to hand rig (small Drennan Glowtip Antenna) was attached. Set the float a foot off the bottom and flicked it in – it never settled and I had a rudd safely in the net. The rudd were only stocked two years ago and must have bred very successfully the first year because from what was a fairly rare capture there’s now loads of them – and all much the same size. I caught a mixture of perch and rudd quite steadily over the next hour or so – some of the perch (4oz+) required the net but most fish were just swung to hand. Sport slowed and i was forced to follow the fish out to six and then seven metres which was where the lake began to deepen considerably and the fish simply weren’t there. I think I’d caught much of what was in front of me so I decided to give my swim a break and see what else had been caught.

The answer was, with a couple of exceptions, not a lot. Rob and Darren were both struggling although Darren did snare a fish as I was stood behind them and elsewhere it was just odd perch. The only anglers catching with any regularity were Steve on peg 10, who was getting rudd on the waggler one a chuck in the shallower water in front of him and down on peg two (the concrete block) Peter was also catching well on the waggler but at full-depth and he was mainly getting roach – one or two decent ones too. 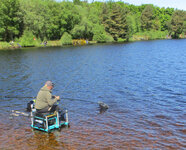 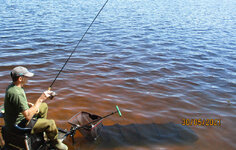 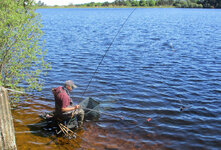 My fish never really returned until the last hour or so and even then not in any numbers and I probably added another pound or so to my total weight. I had no idea what sort of weight I might have and was hoping for maybe 4lb.


The weigh-in started over on the moor and it had been a quiet day for Rob and Darren – 9oz for Rob and 1lb 3oz for Darren. 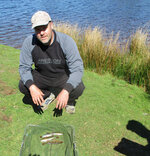 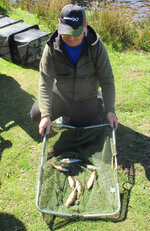 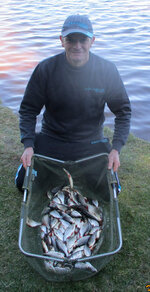 Frankie had 11oz on the next peg and Steve W 7oz. 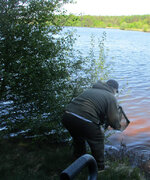 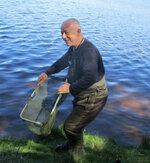 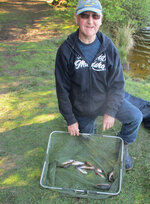 And Kev went into second place with 2lb 12oz 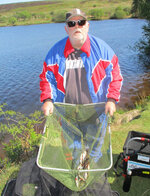 I had a little more than I thought with 4lb 10oz 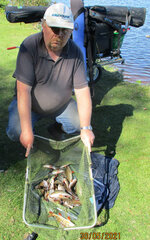 Tony had tipped back from peg four, although I don’t think he had a great deal anyway.
Our latest member Adam - a returnee from the dark side and fishing his first ever match - switched to a method feeder late on with a cut-down wafter on the hook and dropped 2lb 5oz onto the scales 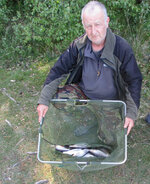 His catch was slightly eclipsed by Peter on the next peg though who’d stuck to the waggler, despite not having a bite for 45 minutes and was the only angler to find the roach in any numbers. He did mention that many of them were rough to the touch, indicating that spawning is imminent and perhaps one reason why sport was so patchy. I think his weight of 21lb 14oz is a record for our club matches at this venue 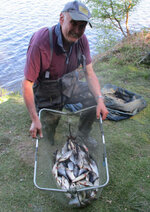 Finally down to Tink in the shaded area of peg one and he’d put together 3lb 12oz of perch and roach. 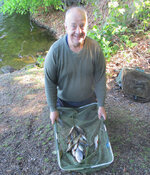 A Proper Way To Spend A Day Off………