Well today saw yet another instance of me planning to get my more natural style Stillwater campaign underway then ending up wimping out and sticking to my local commercial field farm having last done just that last Sunday. Reason this time was when I looked out the window a stiff northerly was blowing which combined with a heavy downpour overnight had me thinking the temperature drop might hurt the big shallow lake I was planning to fish and sitting in that wind struggling wouldn’t be fun. Tbh on arrival at field farm despite the sun being quite warm the wind was pretty nasty blowing straight down the lake and it took a walk right up to the far end to get out of it. On route I saw no evidence or roach spawning and across the session didn’t see any evidence either so seems they are well and truly done with it now as is the norm around these parts about this time. However on arrival in a swim I’d never fished before in an area of the lake I’d not fished since my teens I knew I wouldn’t be catching many decent roach today as it was absolutely swarming with carp.

Started fishing about 9 and finished up about 3 and having kept a reasonable count of the carp in the previous sessions I made the effort to keep an exact count this time and ended up with given I wasnt specifically targeting them a rather ridiculous 36 of them! I also bumped a couple, pulled out of a couple and broke off a couple plus missed quite a few bites that then resulted on big swirls so I reckon a carp took my bait approaching 50 times. Having put my focus into counting the carp it was hard to keep track of the silvers but must have had 4-5 per carp so probably not unlikely that I’d have had 200 fish today. Size wise as suspected only a few decent roach would settle amongst the mele of carp so the stamp of silvers was small although the sheer numbers of them probably still meant I’d have had 15-20lb of them depending on how many I actually had. Species wise just about most were roach with most the rest rudd save for half a dozen skimmers. The carp started quite small but got a bit better in the afternoon so added to the silvers I must have had pretty close to 100lb for the second week in a row. Once the wind dropped and the sun strengthened it was very pleasant to be sat there hauling the carp so whilst not the roach session I’d planned it was still very enjoyable.

Tackle wise I only set up one rod today as I’ve pretty much established now over the last couple closed seasons since I’ve returned to this venue that there isn’t really a need to worry about sizeable carp as there’s really not many beyond 3lb with 6lb being about as big as is likely. As such it was the usual 13ft drennan acolyte ultra float rod paired with a 2500 shimano sahara RD reel loaded with 3lb maxima to a 1.5g drennan loaded crystal insert waggler to a size 18 to 2lb drennan silverfish hook to nylon. This was set up to dead depth in about 3ft of water again one what is a ridiculously evenly depthed lake as across about a dozen swims I’ve fished on it the variation is all of about 4 inches between them all. Hook bait wise just about the majority of fish fell to single red maggot with most the rest on double maggot, single caster or double caster these plus a few on expanders and bread. Loose feed wise two lines were fed with predominantly maggots and one predominantly expanders.

All in all whilst I’d have preferred to have fished for decent roach and the sheer number of carp was a bit daft it was still good fun scrapping with them on the light gear and once the wind dropped a bit in the afternoon it was nice and warm at probably around the 20 mark. Also the swim I ended up in was quite interesting to look more intimate being up behind the islands than the rest of the lake which is quite open so it it meant there was plenty of vegetation which can’t be more than a few days off being in full bloom now. Also only one other angler braved the wind today and I couldn’t see him from where I was so it was like having the place to myself. Really was a nice spot to spend the day once it warmed up.

Looks like full blown proper summer weather from this week onwards for as far as the forecast goes so I must drag myself away from the ease and convenience of this place and get on more serious waters. Can’t see why I won’t be able to next week so fingers crossed.

Pic of the swim, a couple roach and a trio of carp. 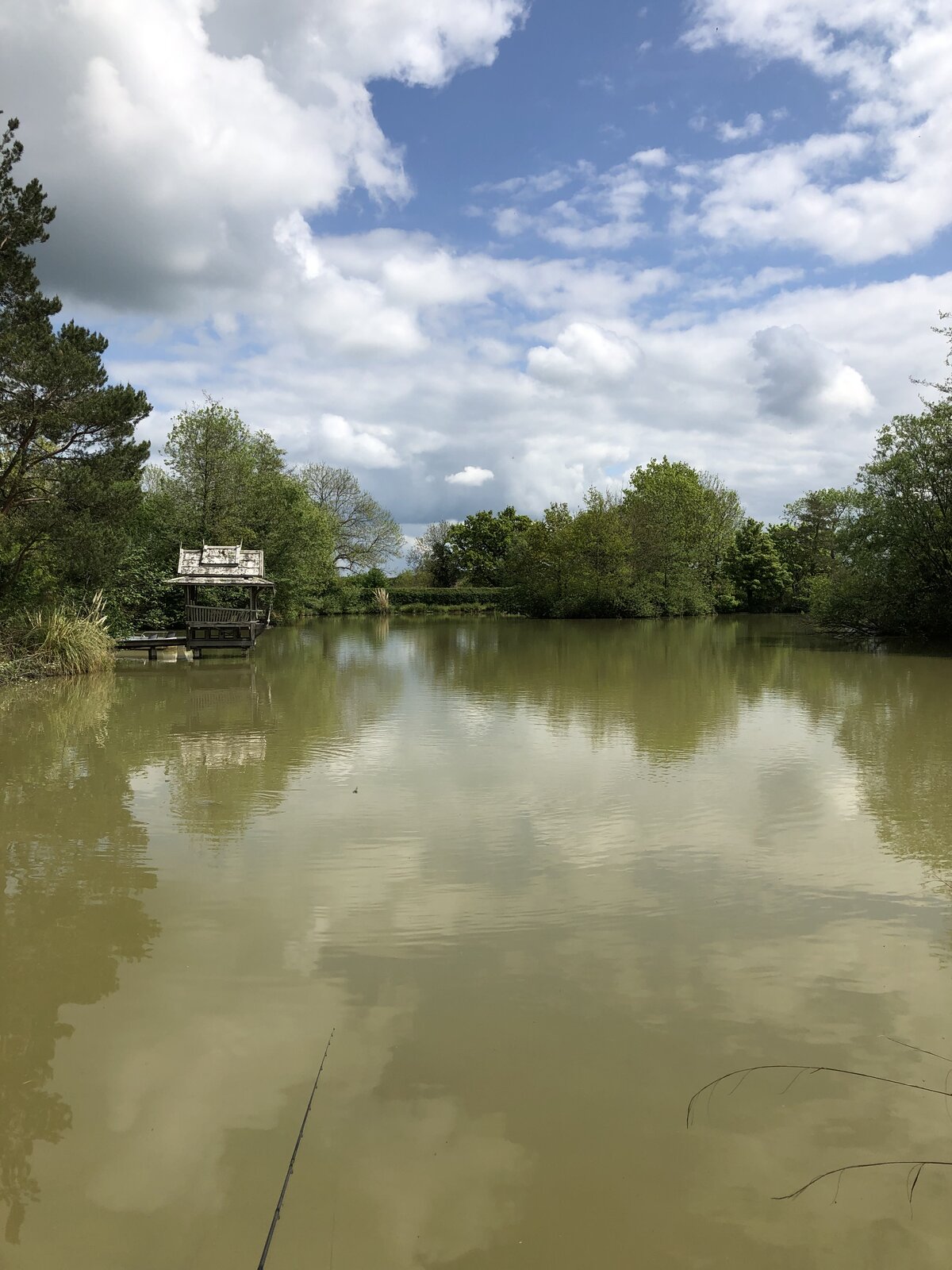 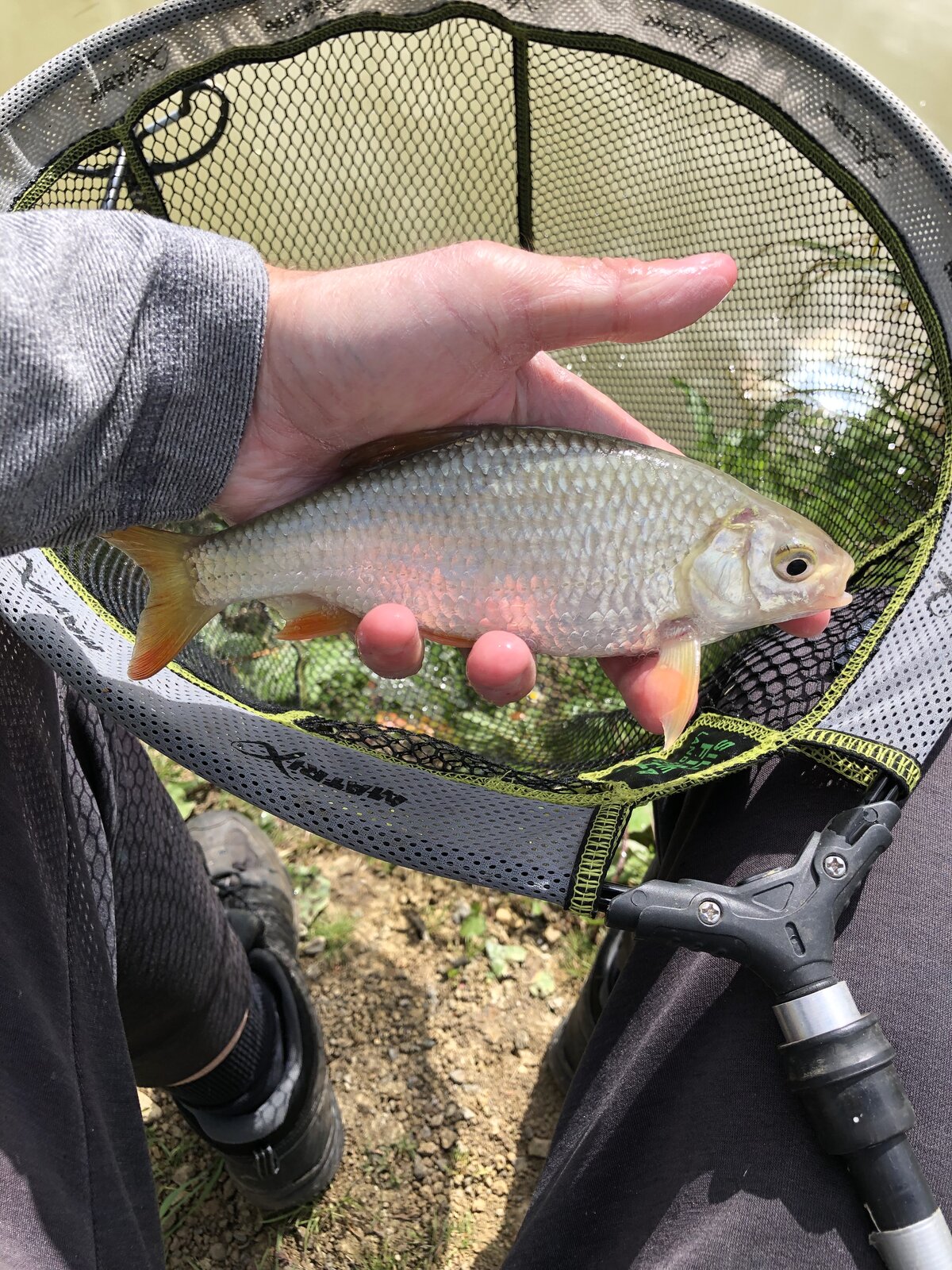 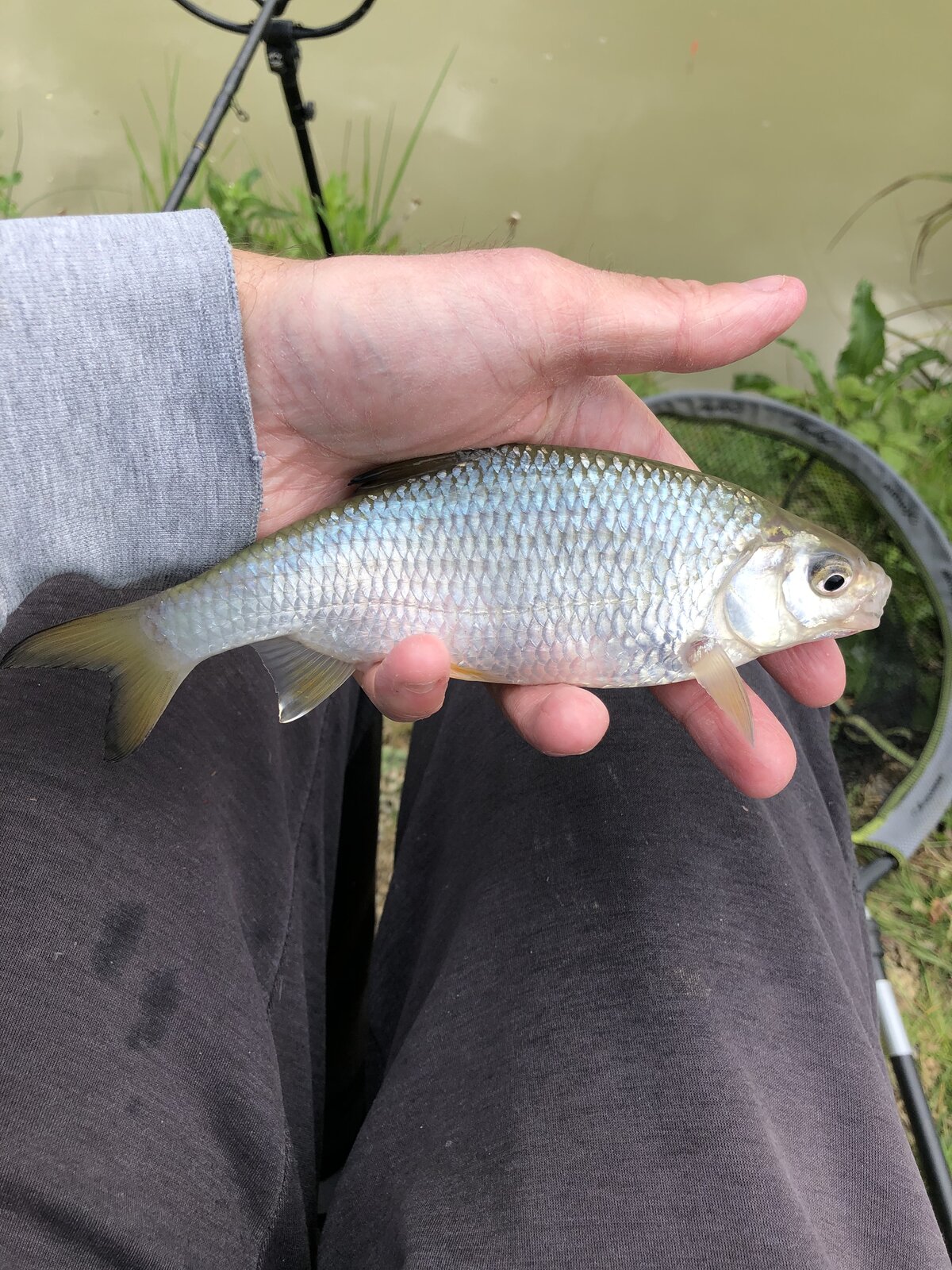 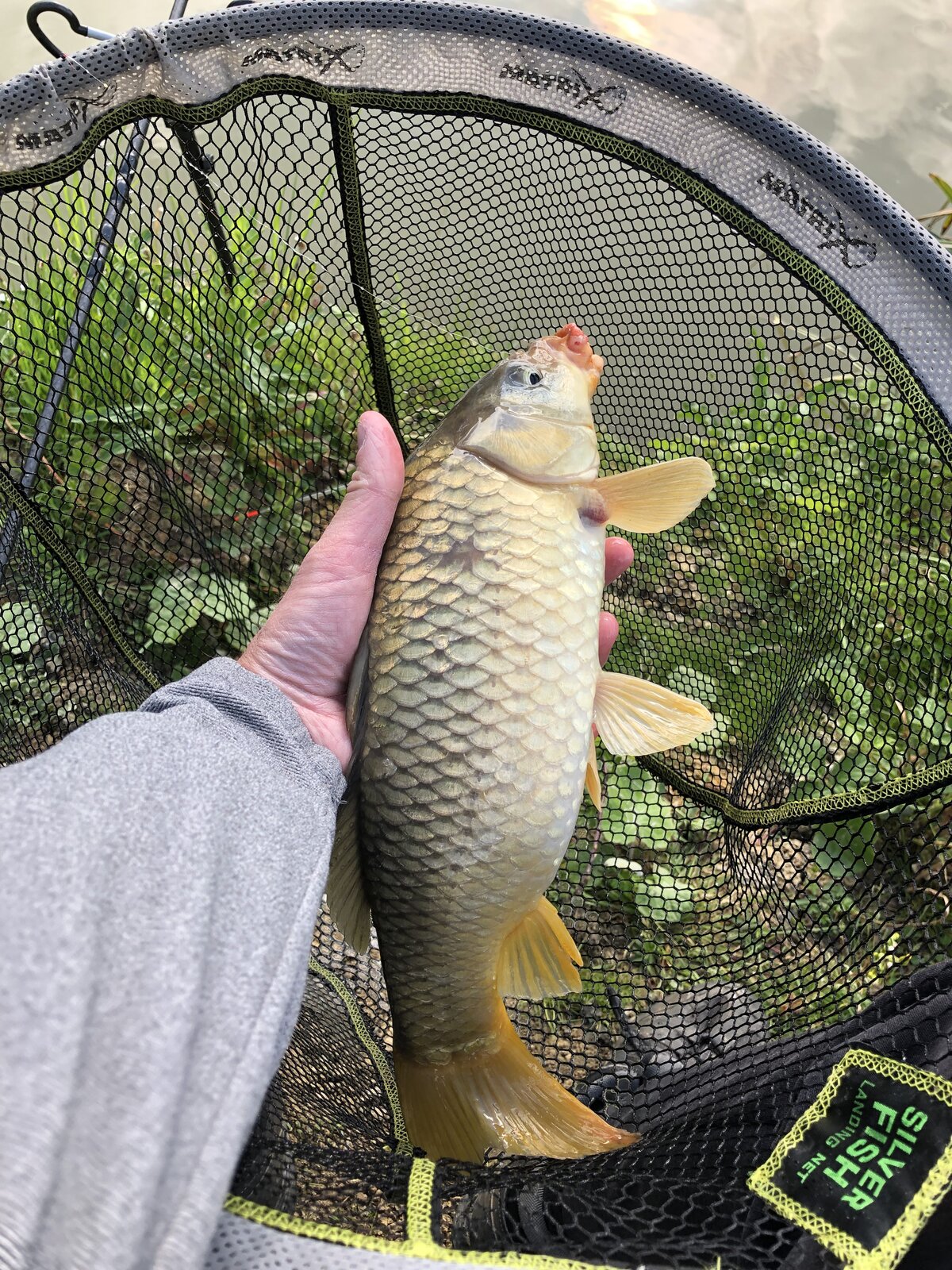 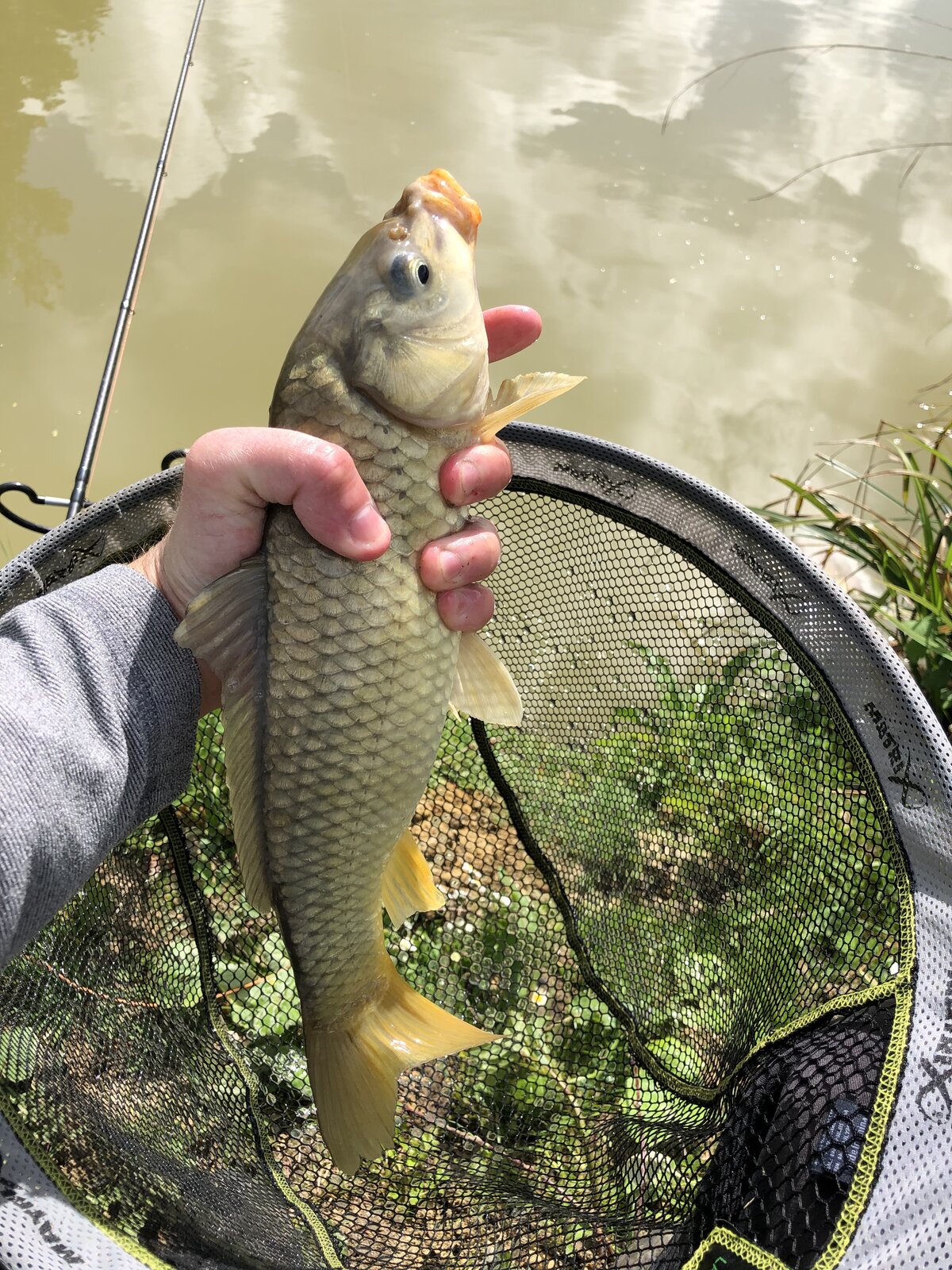 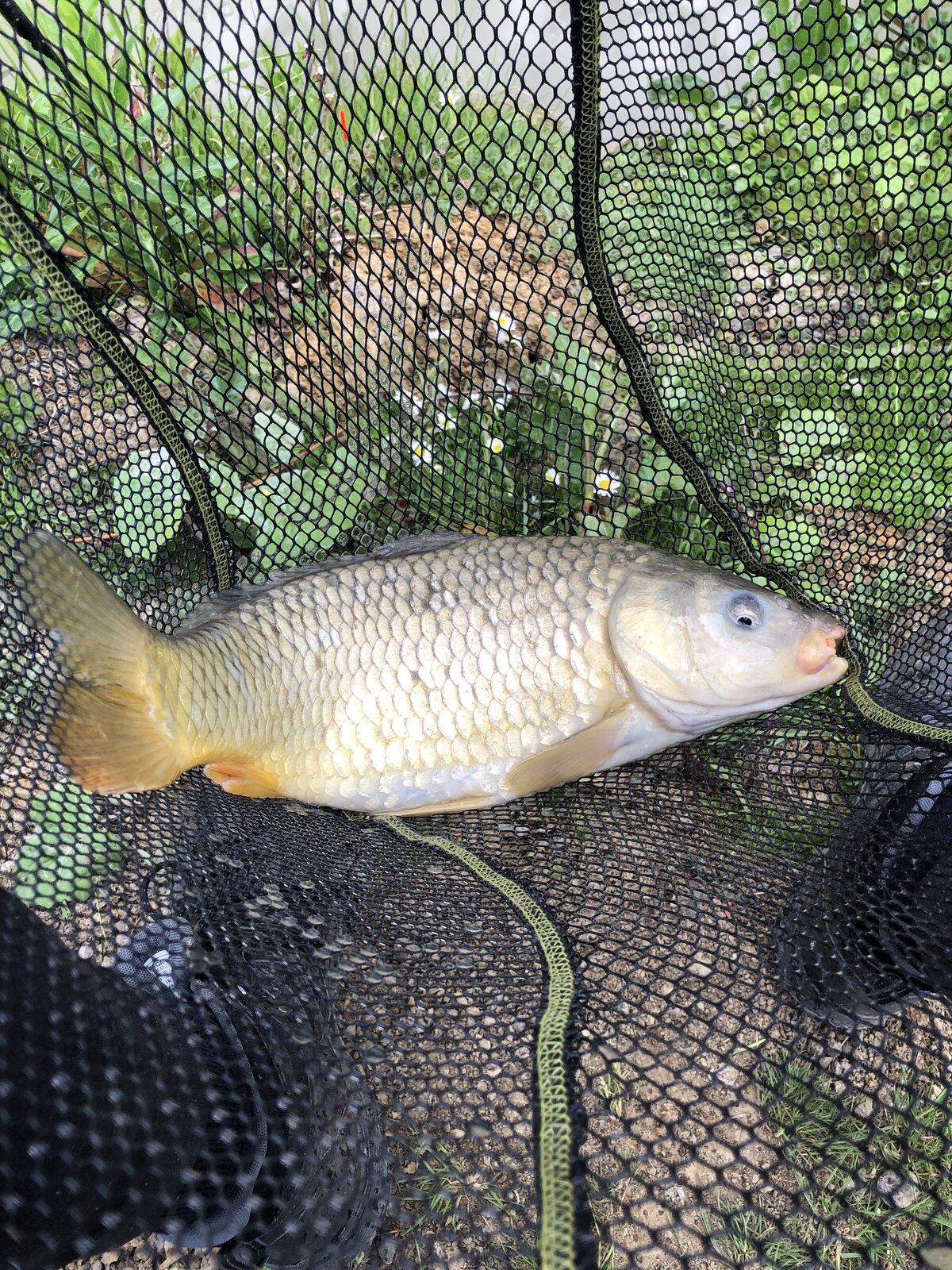 Held that middle carp a bit tight .
Good day though.

Silverfisher said:
Yeah it squirmed just as I went to take the picture so sort of just reflexed it when should I should have just dropped it in the net

It'll be ok, bit of a squeeze won't do it any harm

TiggerXFM said:
It'll be ok, bit of a squeeze won't do it any harm

Yeah should think so tough old things carp aren’t they but still not the best bit of handling I’ve ever done. That said unfortunately they have to go through a lot worse in there probably every other one has some form of lip damage. Some people use some stupid gear there which probably doesn’t help but still how they do that much damage is beyond me

Silverfisher said:
Yeah should think so tough old things carp aren’t they but still not the best bit of handling I’ve ever done. That said unfortunately they have to go through a lot worse in there probably every other one has some form of lip damage. Some people use some stupid gear there which probably doesn’t help but still how they do that much damage is beyond me

I see the same damage on the waters with carp that I fish. Worse still any tench have even worse mouth damage!

TiggerXFM said:
I see the same damage on the waters with carp that I fish. Worse still any tench have even worse mouth damage!
Click to expand...

Oh wow never seen it on a tench fortunately. Is shocking to see people must just literally just rip the hooks out.
T

Silverfisher said:
Oh wow never seen it on a tench fortunately. Is shocking to see people must just literally just rip the hooks out.
Click to expand...

Yup sickening to see. As you said in a post "how they do that much damage is beyond me"...me also.
Maybe they do literally rip the hooks out, but I know a lot of them use huge thick gauge barbless hooks which penetrate very deep. Always makes me cringe when I see anglers on youtube etc using and promoting people to use those same huge hooks 2s and 4s etc for chub and barbel. The last few years i've noticed more and more chub and barbal with badly damaged mouths! I watched a vid with Trafor West and Mat Hayes the other day and the hooks Trefor West was using reminded me of meat hooks!

Silverfisher said:
Oh wow never seen it on a tench fortunately. Is shocking to see people must just literally just rip the hooks out.
Click to expand...

A tench I caught at Newlands last year , apparently there are few like this in there .

warrington63 said:
A tench I caught at Newlands last year , apparently there are few like this in there .

That’s so sad to see. I don’t know what the answer is but maybe a start would be bailiffs doing tackle checks to make sure people aren’t using stupid gear and have proper unhooking tools.

Silverfisher said:
That’s so sad to see. I don’t know what the answer is but maybe a start would be bailiffs doing tackle checks to make sure people aren’t using stupid gear and have proper unhooking tools.
Click to expand...

There is a maximum of size 10 hooks on there as far as I am aware.
Rigs should be free running .
I have seen one bailiff do these checks. Others just check your licence .
There is a minimum distance between float and hook when Waggler fishing .
I was fishing the pellet Waggler at the time the bailiff was doing the rig checks ,yet he never bothered with my float set up .

I caught that one on a size 16 with a large piece of punch bread .
Had two carp around 10lb and 12lb on same session and set up .
Margin pole 15h elastic on side puller ,
All caught in top lip .
The tench put up a better fight than the carp .
T

I don't think the weight of feeders/method feeders/leger pulling on their mouths does them any favours.

I think at this particular venue there’s just quite a few dozy anglers. It’s not particularly pressured compared to some commercials. A dozen anglers over it’s roughly 4 acres would be a busy day and you get days like yesterday when there’s only a couple so I’d say the average is probably not more than half a dozen if you factor in it’s probably pretty quiet on weekdays. Probably a good half of the anglers that fish it are firmly in the numpty category though in terms of the tackle and tactics they use and in some cases their behaviour so it wouldn’t be a stretch to suggest that their fish handling is probably not great either. Do think some more rules on gear and tackle checks would help though as beyond barbless hooks and running rigs only along with unhooking mats and no keepnets there’s no tackle rules on anything like hook size, line strength, test curves etc.