My mate lives and breathes Tench fishing. I've joked before he would fish a lift method down the edge on a 100 acre gravel pit, but I mean him no disrespect as an all round angler. We'll both fish whatever way catches fish but as I've been on the same few pegs on an estate lake recently, I'm going to take the nearest opportunity to have a look around the smaller lake on the estate. I've heard it's choked with weed, similarly clear water, but a much smaller lake, more like a pond.

I'll go tomorrow if it's dry and report back as I've never seen the lake before, but should it be how I expect, I'll be heading down again later potentially with a rake and a waggler rod. As I say, I love all forms of Tench fishing and fishing in general, but this should feel more at home with the purist in me. I might only catch one Tench on the float on this small lake, opposed to 10 on the feeder on the bigger lake, but it should be just as satisfying.
G

seems like you got one hell of a cracking venue there .

Cheers mate. I haven't even seen the small lake yet so might be building it up to something that it's not but will post a few pics soon, it'll probably rain heavy tomorrow though.
G

We have a small weedy pond on are club waters , you got to rake it out but can be hard going fizzing everywhere , but when you do catch awesome lovely dark tench it’s worth it .

Cherish it if you like Tench mate. Round here a lot of people will say things like, "Tench are my favourite fish", but very few fish for them in comparison.

This has reminded me of a weed filled pond near me that’s rumoured to contain some very wild and dark tench. I’ve seen a photo of one from a lad I used to work with, he called it his secret tench pond but most locals know about it. That might have to be my next short midweek session, waggler and worm and see if I can find some fish.

Got to love the dark coloured Tench. Most of the ones I've been catching have been a light olive. I put that down to clear water.
G

These are only pictures I could find of tench out of there .

What I've been catching on average. 'Big Beautiful Females'. Be interesting to see how they compare out of the small lake on this estate. 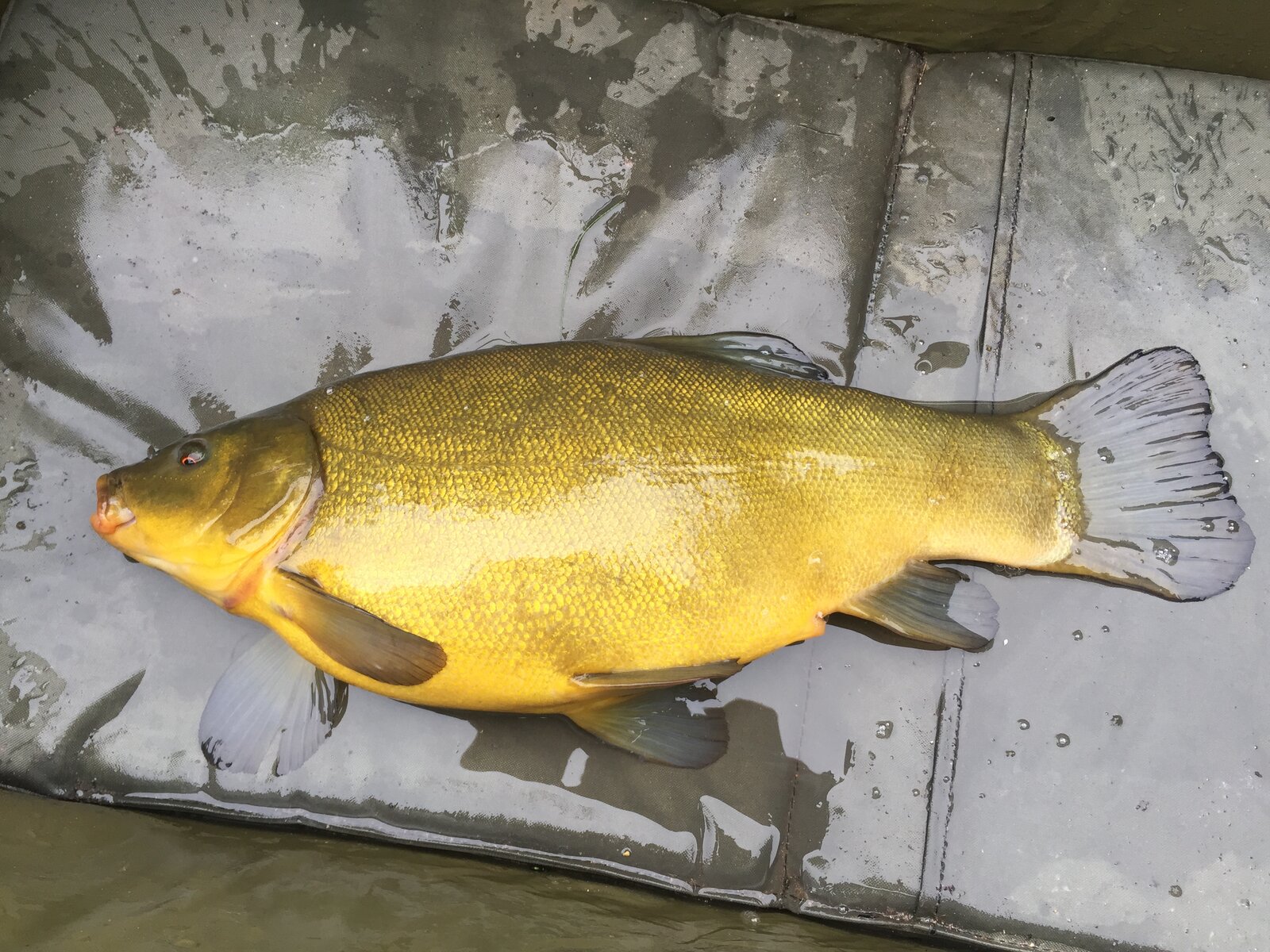 The smaller one looked almost black when I caught it .

This is what's known as the Rock Pool. First time I've seen it and it's pretty much how I expected it to look. Choked with lilies and weed, clear water and mostly quite shallow but there were a couple of fishable pegs there, one with a couple of kids fishing, and another that looked a bit deeper with some bubbles and lilies moving so something's swimming, that's enough for me to want to fish it weather permitting on Tuesday. 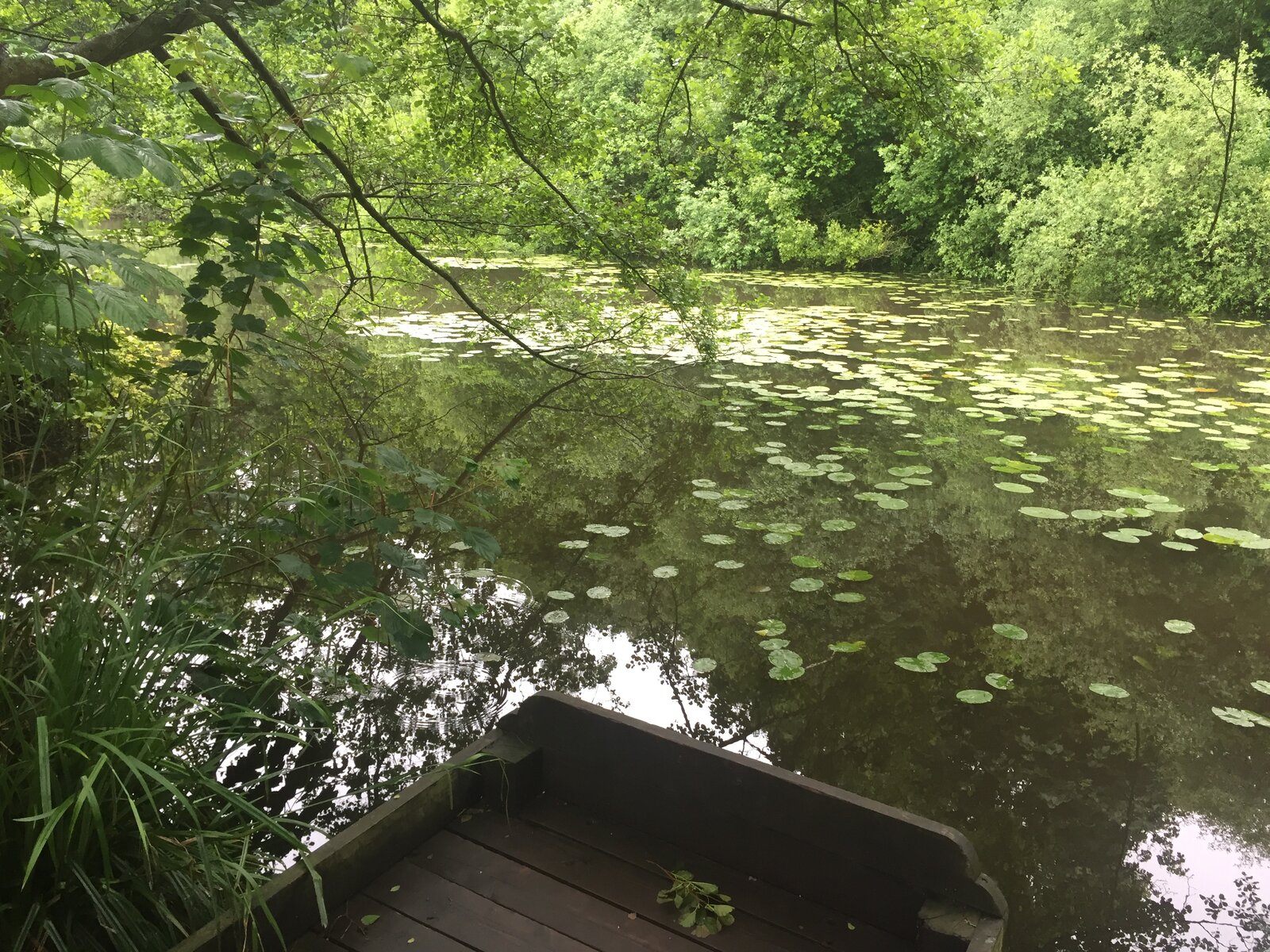 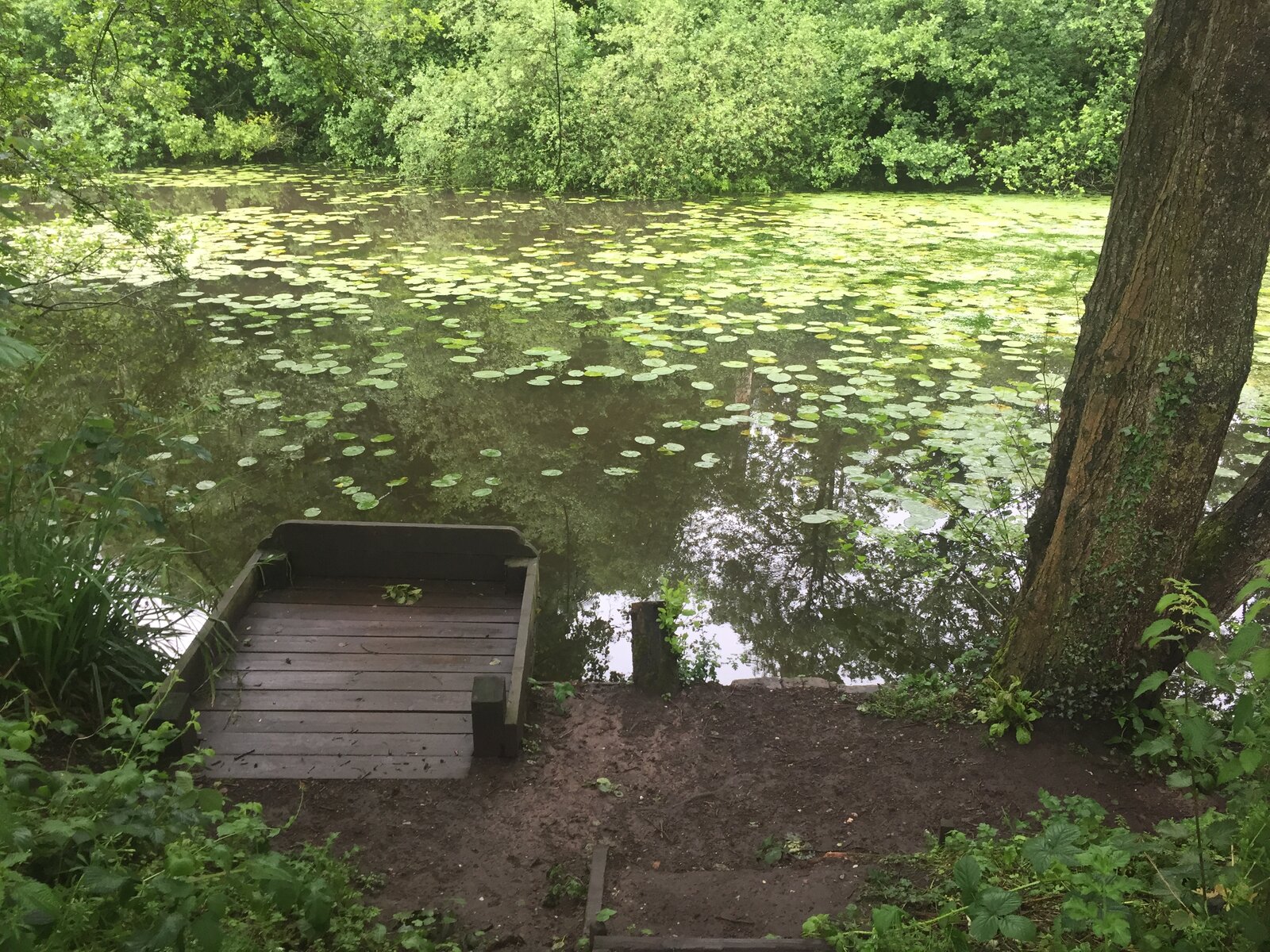 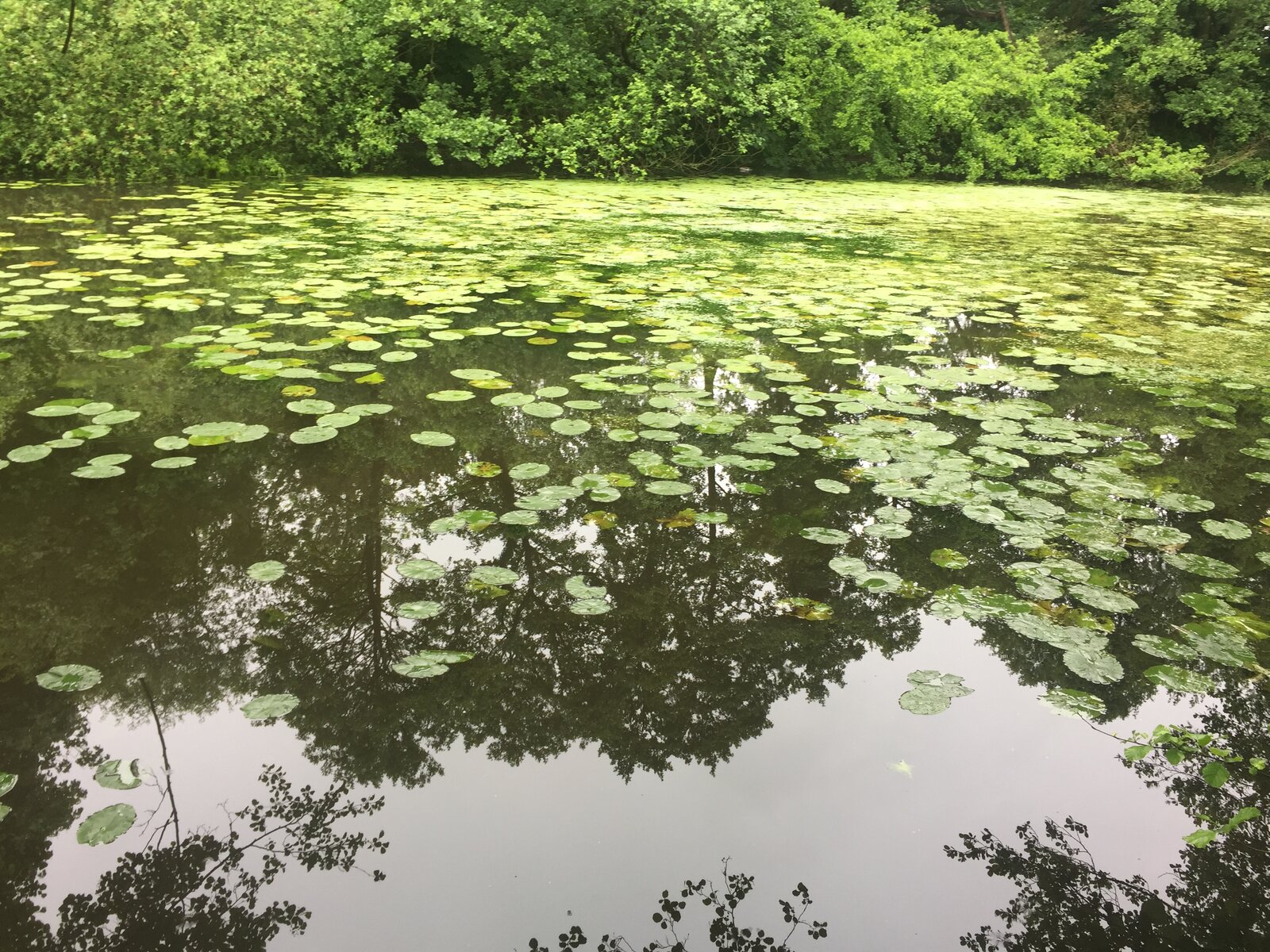 Rather than a rake I’d be using a cutter on that lake. Stunning venue so I wouldn’t go mad, just cut enough to allow me to fish.
Screams pole to me. Might be frowned upon by some but it’s much better to be playing the fish overhead on a short line than have yards of line between rod tip and fish and all the weed in between

The other peg where the kids were fishing had less lilies but looked shallower, it's the kind of place where I'd be happy to hook a fish let alone land one though. Saying that...

Looks an interesting little place that, it presents an exciting challenge for you. Had the kids caught anything?

I didn't ask but they were quite young and fishing what looked to be with their float set a foot deep.

I’ve just found a few small wagglers I fancy using. Anyone know anything about this one? Dinky little thing says Water Queen on it. 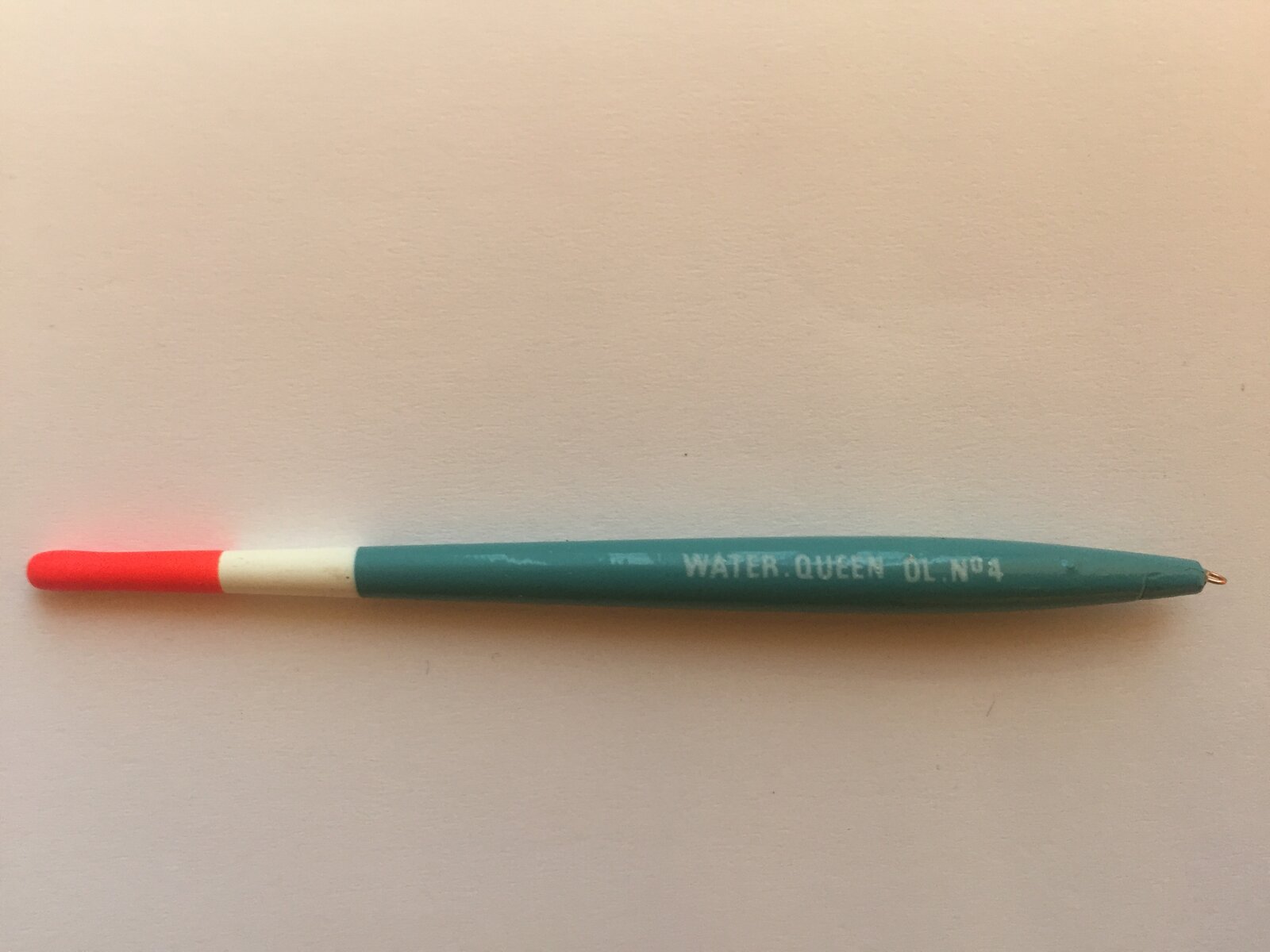 Tench at the moment
2

Steering fish away from snags

Another where should I go tomorrow thread?
2 3