Me and @minkyandbear went to Shatterford Lakes today to fish Stella Lake and although the fishing proved to be rock hard, it was still a most enjoyable day.

On meeting in the car park at 8am we chose a couple of pegs and got off to a bit of a false start as we'd both just set up when the bailiff comes round and says,

"Sorry lads, bit of bad news. These pegs are booked today. I meant to put signs up but went out last night and forgot", or words to those effect. Fortunately we were allowed to fish another bank on the same lake and the carpers who'd booked those pegs were understanding.

So tackle moved and this is where we set up. 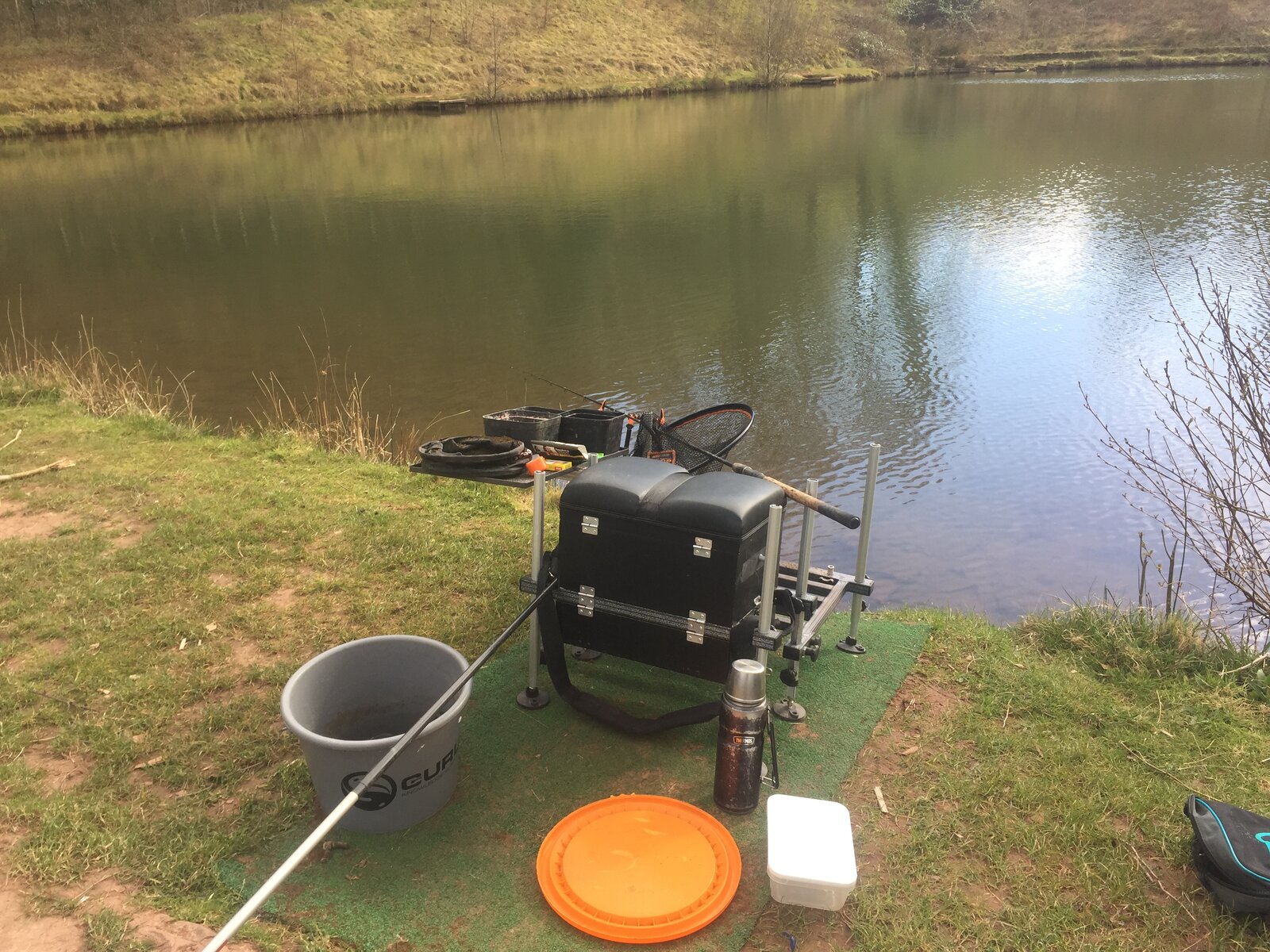 I was to fish a feeder, settling on a 20m line and minky was to fish a pole. Neither of us had fished this lake before so it was a bit of an unknown.

First cast and no indications for me. Second cast and I had this 3lb Bream. 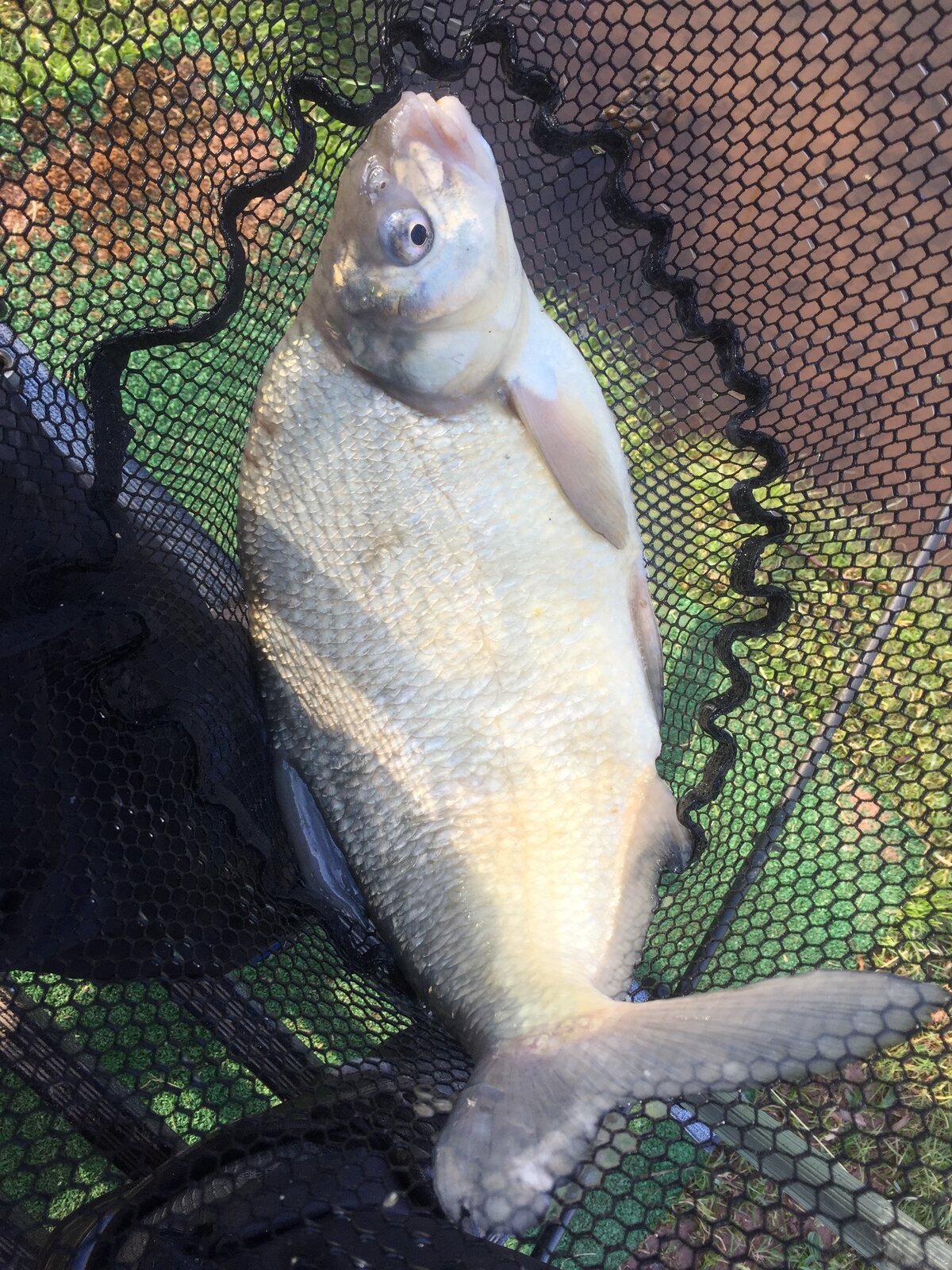 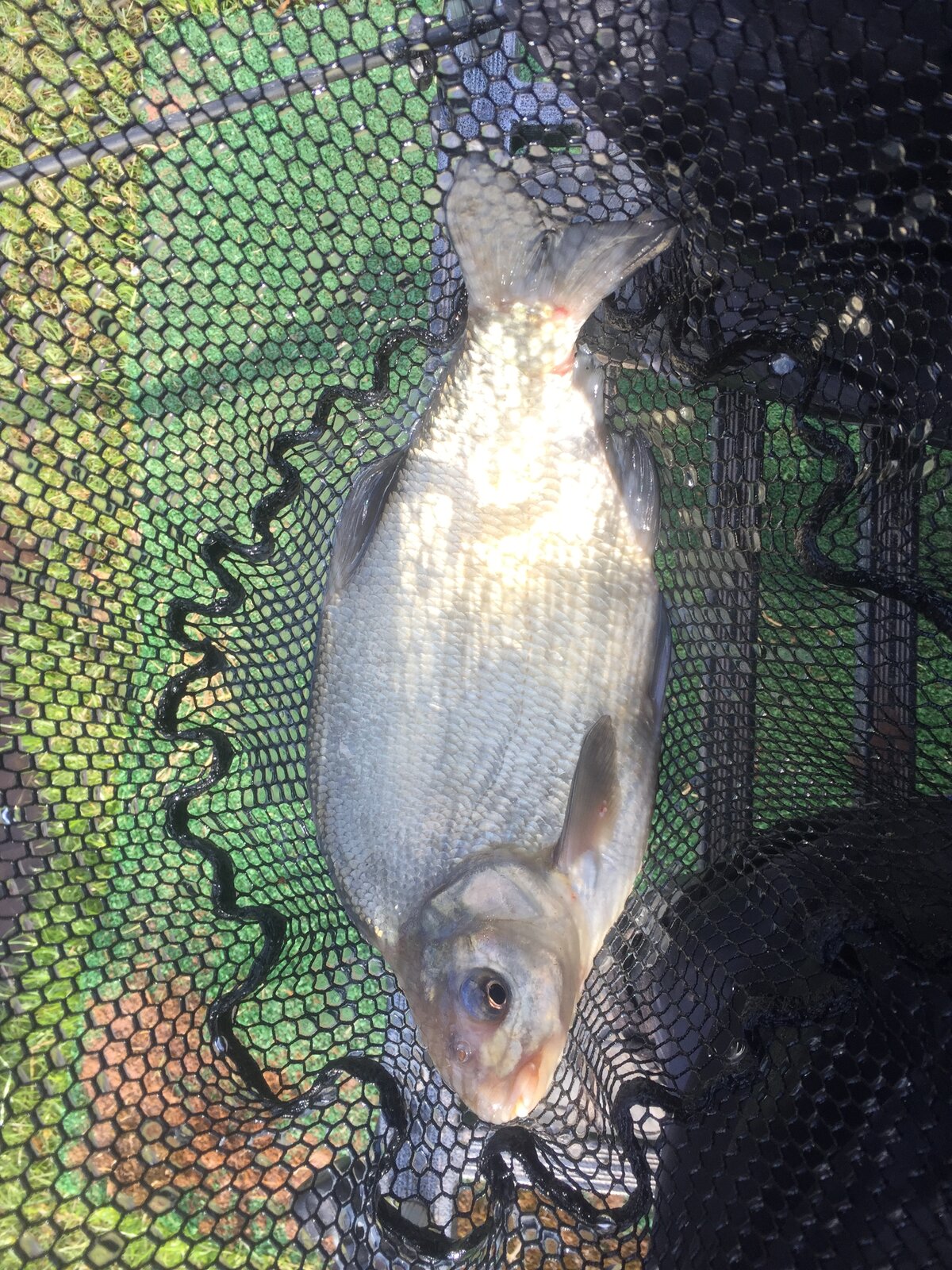 4th cast I had a bite on the drop and a 1lb Skimmer was in the net.

It looked like it was going to be a productive day fishing at this point, but I think I must have spooked every fish in the lake with that third fish as it took until about 3pm before I had another bite which was a Skimmer about 2lb. And in the meantime minky had lost a Carp on light elastic on the pole. 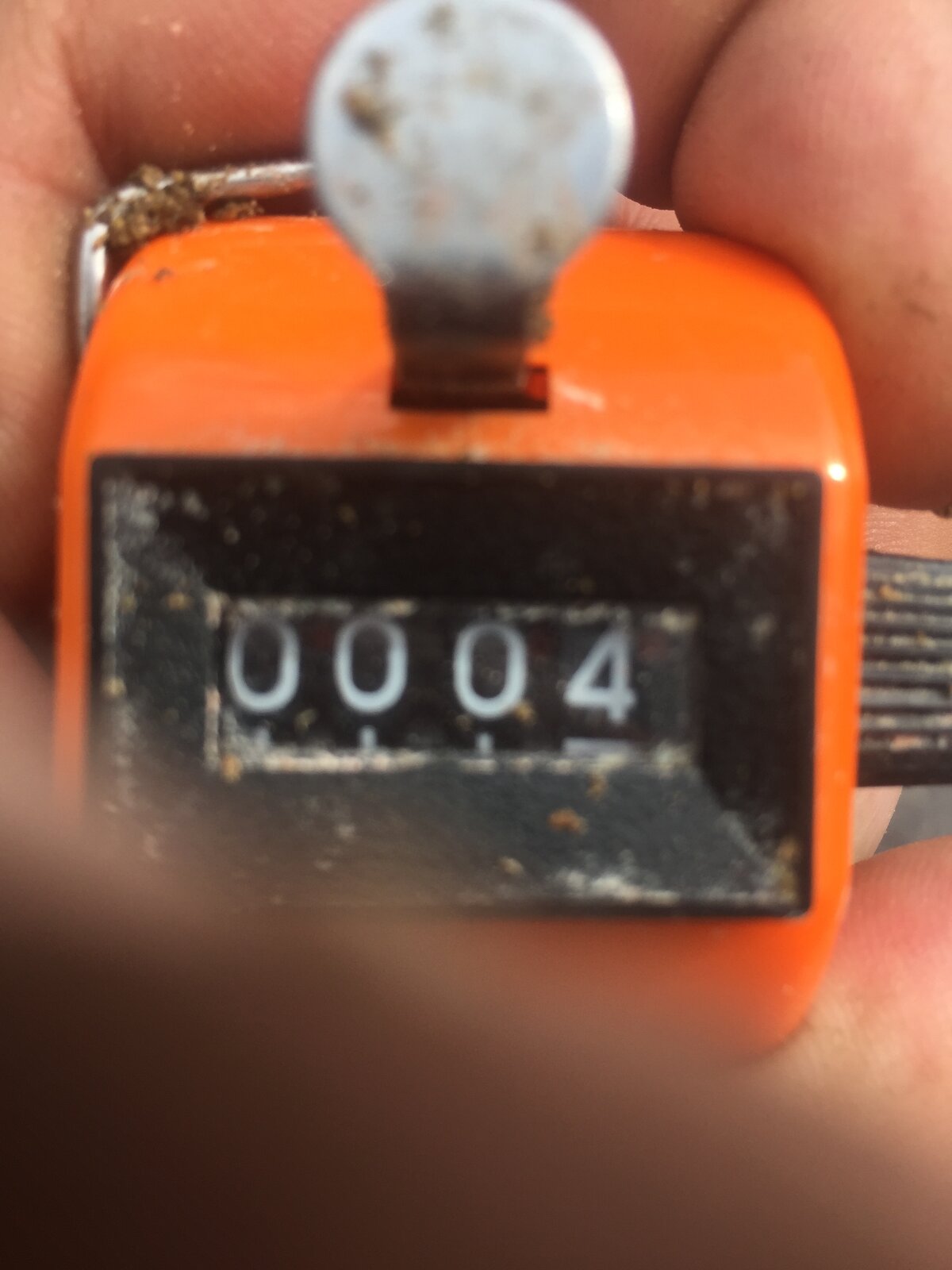 A lot of Carp were cruising the top in this gin clear and fairly deep lake, but bites from anything were hard to come by!

It was still the most enjoyable day spent in good company though, and hopefully we'll be back out soon on another lake there, Wyre Dell.

Cheers @minkyandbear for a great day in spite of hard fishing and hope to see you again soon.

A really enjoyable day Steve even if the bream did manage to elude me!

Great write up and I am looking forward to our next fishing jaunt.

A pleasure to meet you old chap.

Thanks mate. A cracking day I thought despite the fishing, so look forward to our next adventure.

Lost at hook a duck

Something a little different (for me)