A day of fishing frustrations

I started the day feeling quite optimistic especially after our day with Jamie Harrison, there were a few things I wanted to test. We had planned to go to Toms pond a week or so in advance so I had a plan of action already mapped out. Seems that was my first mistake.
I haven't been to Toms pond much but we did go a couple weeks ago and had a really go session. I had fished the peg next to where I was yesterday, there was a small island not too far in front and I'd noticed a little gap in middle which looked like a good fishy spot so that was going to be my starting point provided no-one had got there first where I would have been forced to tip them in and claim as my own - jokes. 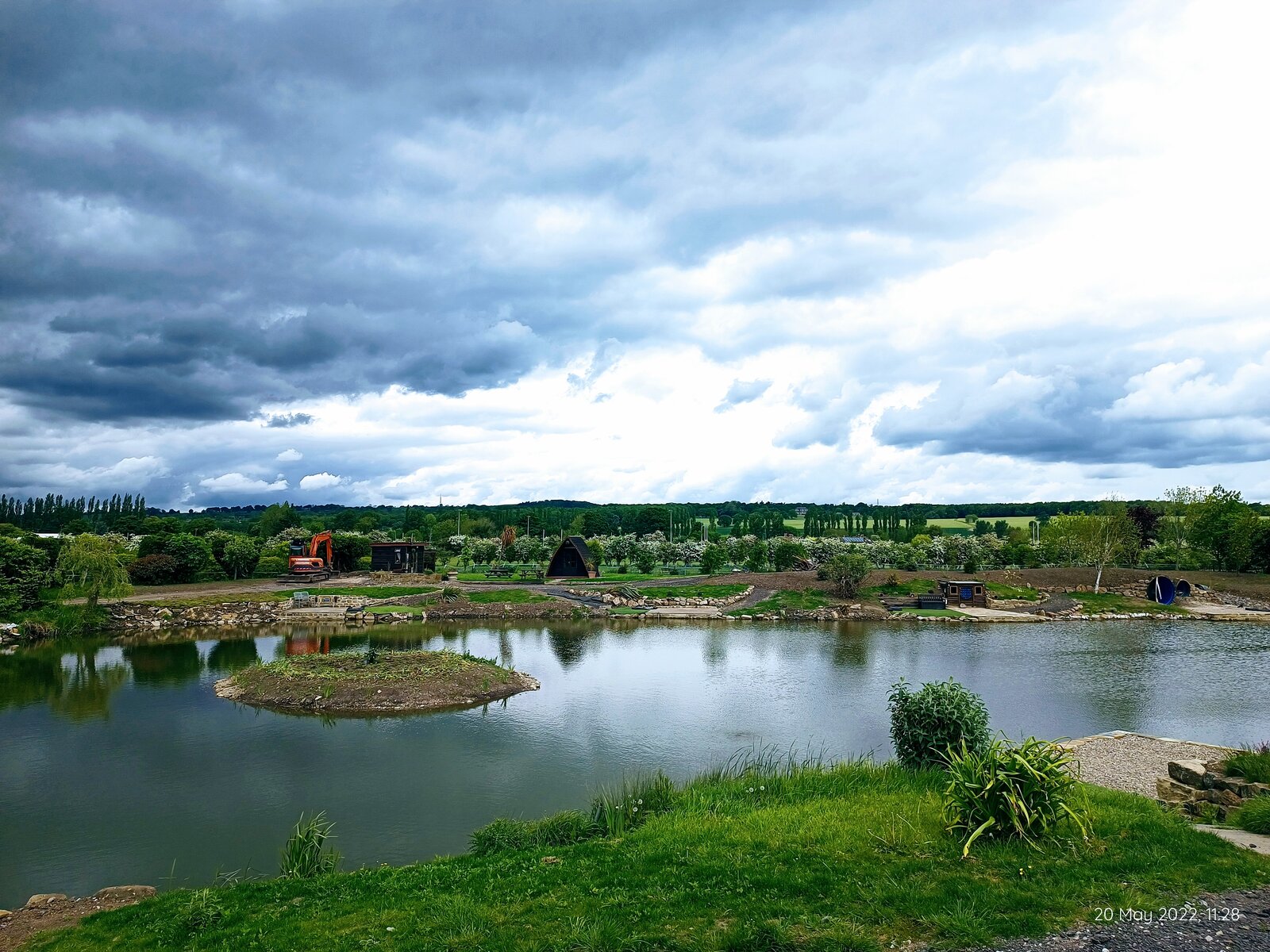 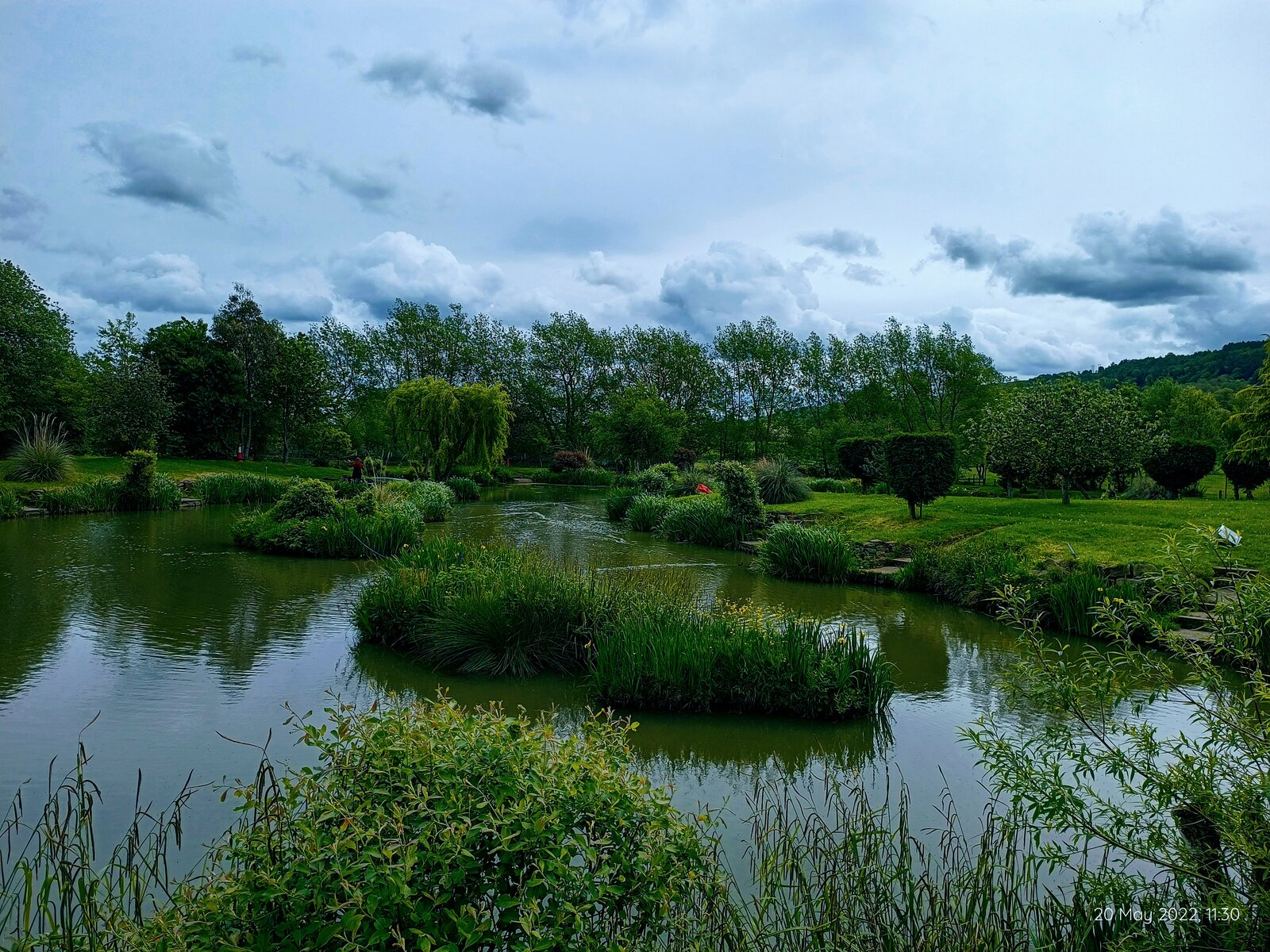 We didn't set off too early but early enough so we could take advantage of a full days fishing. The peg I'd been wanting to fish was free, happy days, so it was just the Mr the figure out his spot and decided to go opposite me. 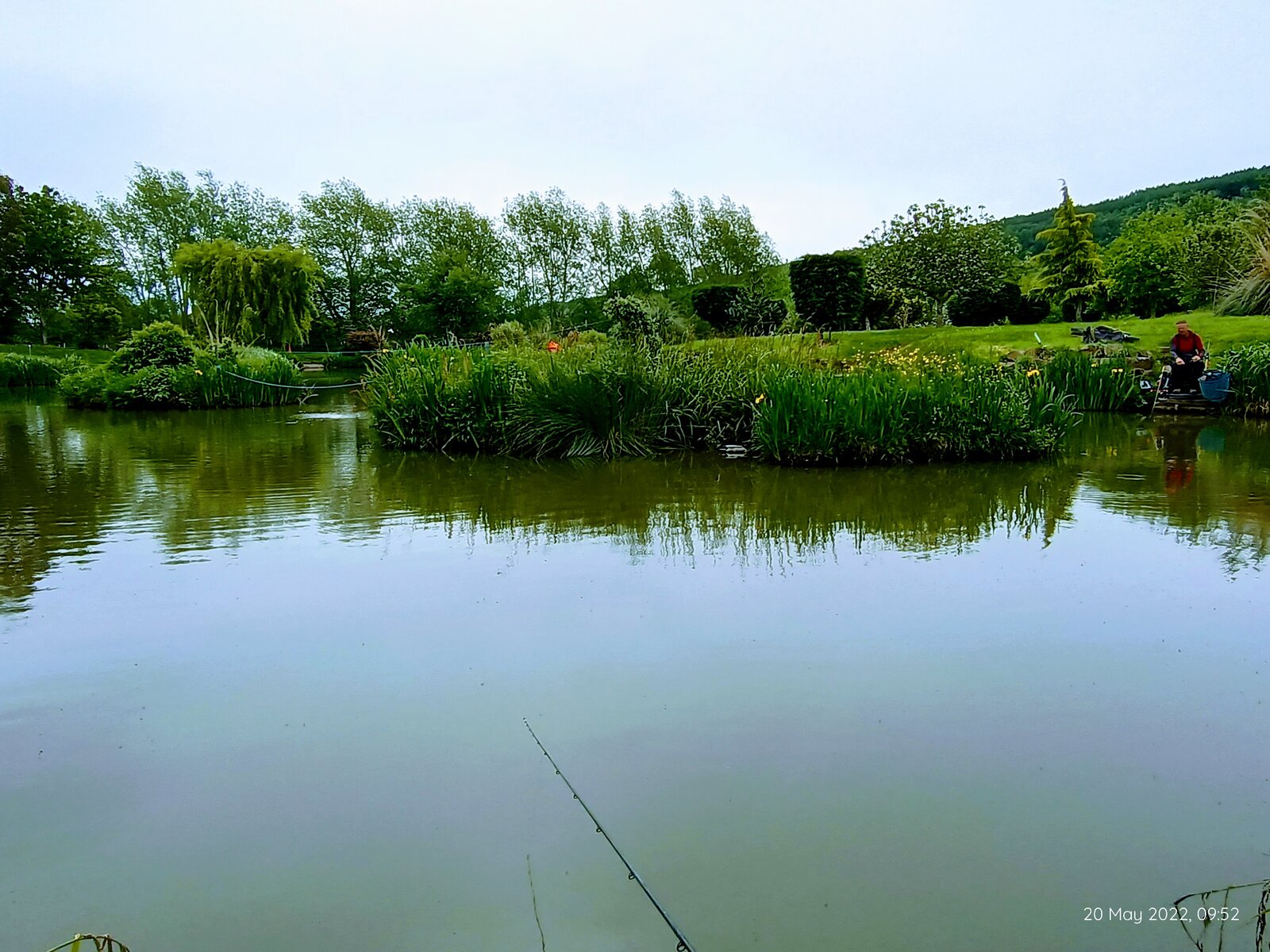 We set up and we was soon ready to fish. Except I had one problem. Ducks!! Mrs. duck and her 7 chicks decided to take a liking to me and my swim. Every time I tried to cast near the island to where I wanted to fish the ducks would race over or get in the way and same when I threw in any bait! They were having a formidable feast, Really!? I hadn't slept much and was really too tired to cope with it. I decided to fish closer towards me where I could shoo the ducks away easier. I had a fair few knocks for a while but it soon went back quiet. By this time the ducks had buggered off so back to plan 1. This is when I noticed that the Mr was fishing the other side of the gap in the island so literally 4ft from each other! Urgh! I decided to work with it for a while and see what happened but then two more ducks decided that was the perfect place to get there breakfast and would not budge and again were eating every thing I were throwing in. Frustration was really starting to set in and I don't fish to be stressed so I decided to take a breather for coffee and a chat to the Mr.

On my return I decided to fish just off the end of the island and although I had a few knocks nothing was taking. The Mr had caught a few fish but it was very slow going. Where as I do usually pic a peg and stick too it, in the end the Mr did suggest moving down wind to see if we would do any better.
The Mr did give me the option to pick the peg but I was too tired to care which one. 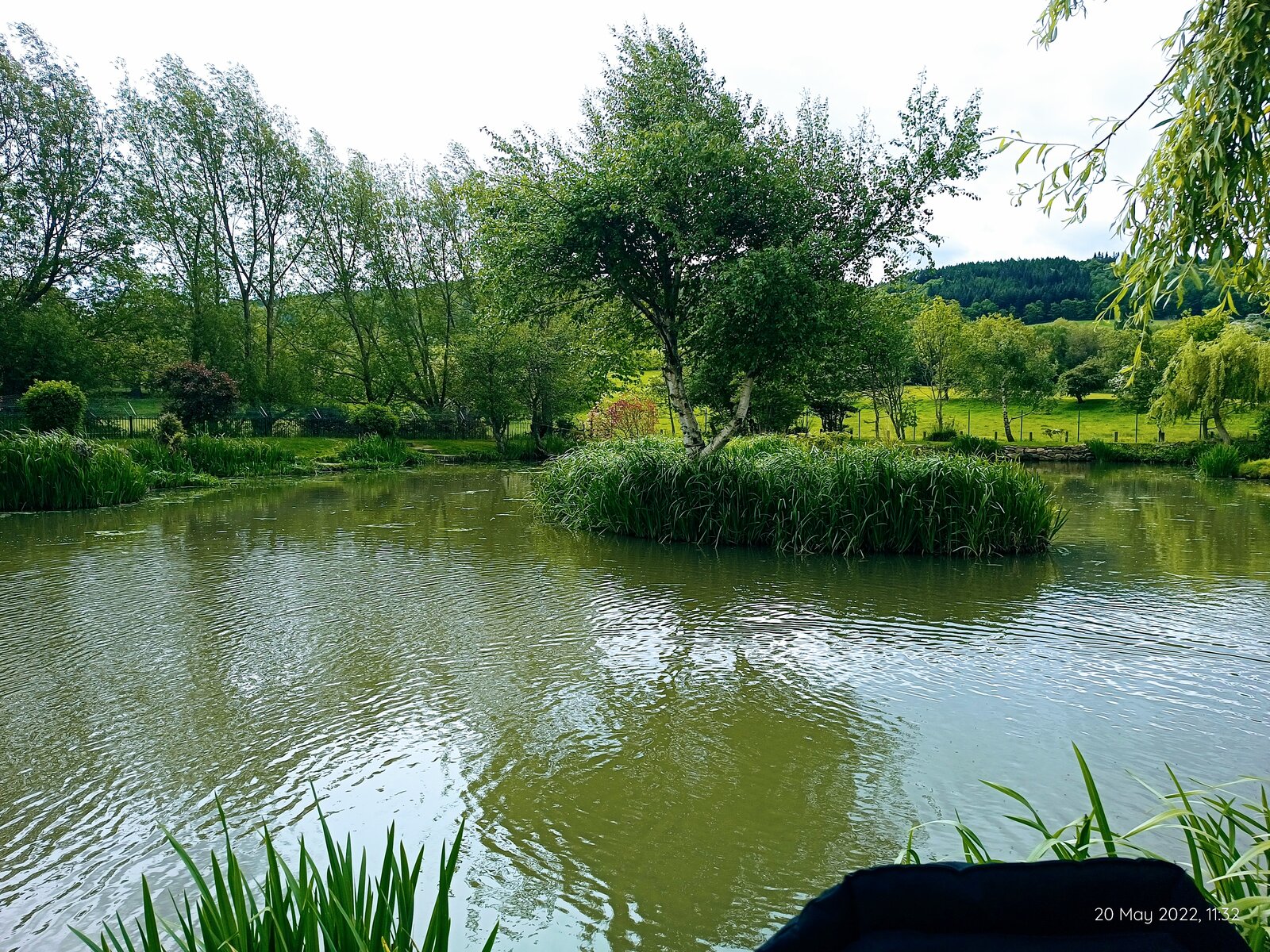 The pegs here are a bit narrow so I had some fun setting up, clearing some reeds that were in my rods way and then trying not to fall in as I navigated to my seat. We were soon back fishing and I had some knocks and soon hooked, what felt like a beast. He was off like the clappers but sadly unhooked himself. Urgh! but at least I had some hope of catching something. I was using the method feeder and decided to make up some ground bait and mold a sprinkle on the top to try and create a bit of a cloud to attract more fish. I had been building some confidence back casting under arm just to the center of my swim as I had a tree above me that I were nervous of, after a short while I did end up fishing closer to the reeds in front. I were getting fish on the hook but I could not get that bite that stuck and all I could here in the background was the Mr saying "look at this one love"

and I were still getting plagued by ducks!

I could not work out what I were doing wrong, I think mainly because I felt exhausted by this point and wished I had a mini Jamie Harrison in my box that I could ask for advice from. Anyone know where I could get one?

It was then that I started thinking about my hook and it's size and took a closer inspection. I couldn't believe it, the hook was bent.

What an idiot, why didn't I noticed this before? That big heffer of a fish I had previously must have bent it. Seriously! what an idiot?! Lesson learned.

It was now about 3pm but after changing the hook and I had now finally woken up a little I had some better luck and caught some fish and even had a big boy on the line that I sadly lost at the net but the joy of playing him renewed my enthusiasm . I had made a new friend too, in the form of an older duck who sat behind me for the rest of the day and chased off any other ducks that came near. I very nearly upgraded the Mr for him. 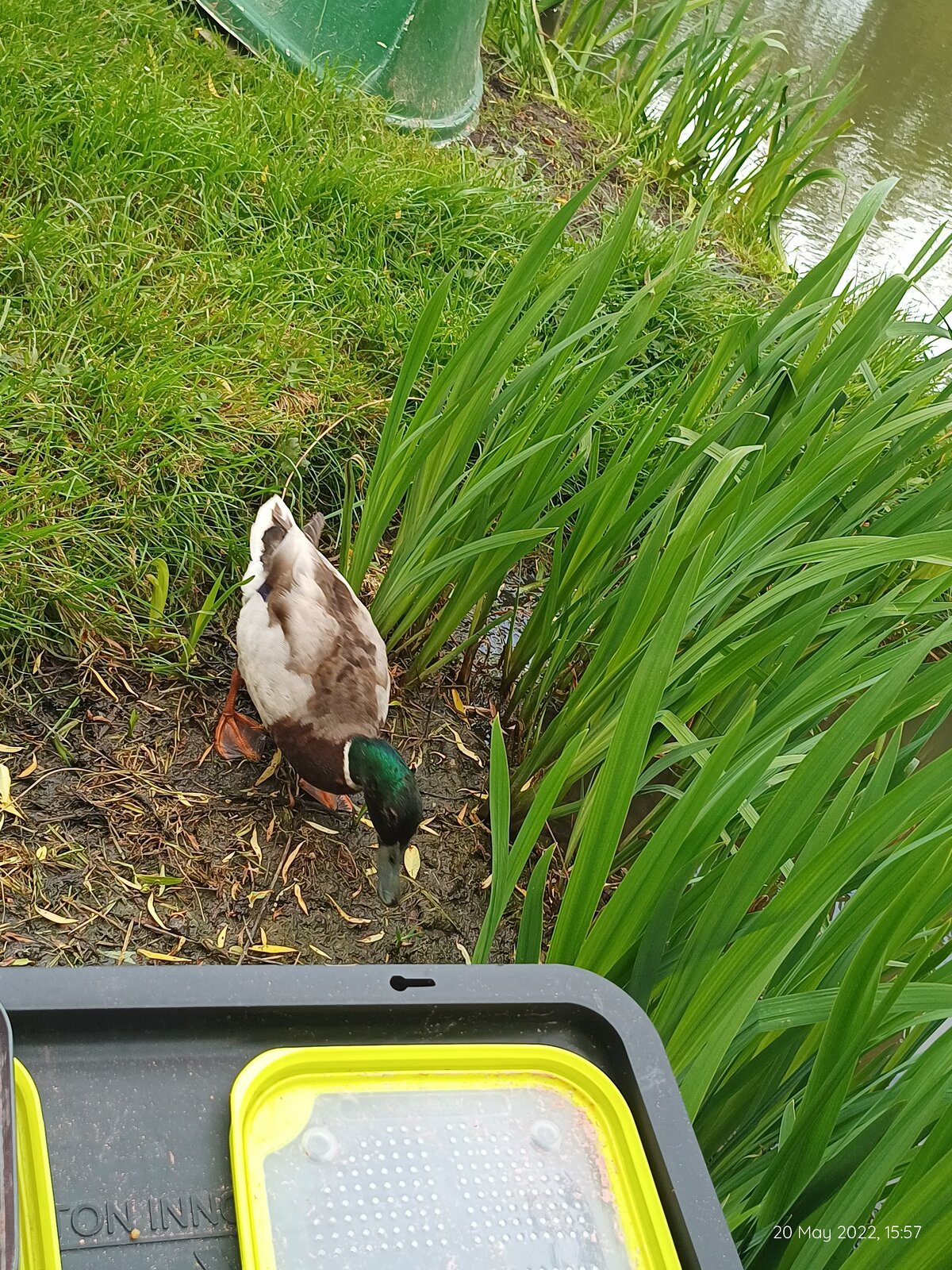 Things were now going well until I were fishing just to the left of me and I got a fish on line and it zoomed further round and tangled round a tree. I was stuck in my seat due to the small platform so called the Mr for help. He finally netted it for me but then lost his disgorger when putting the fish back in. Bi eck, that cost him a quid! He shot back to his peg to get his net to retrieve it. Phew! got it. Wouldn't want to pay out for an expense like that. If only i could get out of my chair quicker he may have seen an early bath for his trouble. Nvm maybe next time.

On reflection, there are lots of things I did wrong and lots of lessons learned going forward... hopefully... time will tell. I am glad however that I didn't give up and got a bit of a reward at the end.

We finished off my going to the white hart pub in Poole.... mmmmmm! lush food and JD to finish of the day... JOY!

Don't be too hard on yourself Mrs Munch.........The good thing is your realising where you're going wrong and correcting yourself....The more you fish the quicker you will react to change....

Obviously being tired didn't do you any favours, but needs must etc....Concentrate on doing the important things well, accuracy/repetitiveness with your casting, consistency with your bait prep' and choices and learning their respective nuances and choice when you should be using them, SHARP HOOKS! etc etc...

A great report there Mrs M. Good to see that you are identifying errors and reacting to them. Everyone has good days, everyone has bad days it's all part of fishing.

Don't be too harsh on yourself, tiredness alone was the main issue and the ducks and the overhanging tree and the other tree....
Still we had a nice bit of nosh and a JD at the end of the day

Well done Clare, nice report and pictures.
Never easy if you're feeling tired and stressed from work. We've all had those days where it just doesn't work out how we imagined that it would. The important bit is to recognise the causes so that you can avoid them in future. Unlucky losing a decent fish but you persevered and caught a few in the end so well done you.

We are bound for Costa Del Lindholm tomorrow and the hopes of a better day.

Dont worry about the ducks, l believe the fish tune into their activity and associate it with food. A pouchfull of pellets to get them splashing around and cast in over the top of them. Great write up though, it would have taken me 3 days to type that much.

Keep plugging away Mrs M, you are doing ok

Good day all round

Reports coming later. But lets just say it was worth the trip!

One of them days to start the winter league campaign?

A Pair of Pike