Interesting read on the Beeb news website this morn

apparently theres a whole shedload of notes missing from the amount in circulation, money thats dissapeared from the banks in and out trays

lots of speculation as to where its gone, mainly towards dodgy stuff and criminality

why didnt they ask the public ?

near everyone I know holds a bit of cash under the bed in hidey places at home for that rainy day, that bargain that needs real money to pay for it,

theres a quote that it could be better off put in banks earning interest, thats a giggle, as the accounts I hold are pretty near nuetral as to the amount of interest they pay, even the better ones that require certain periods of investment are not exactly high earning as to amounts earned 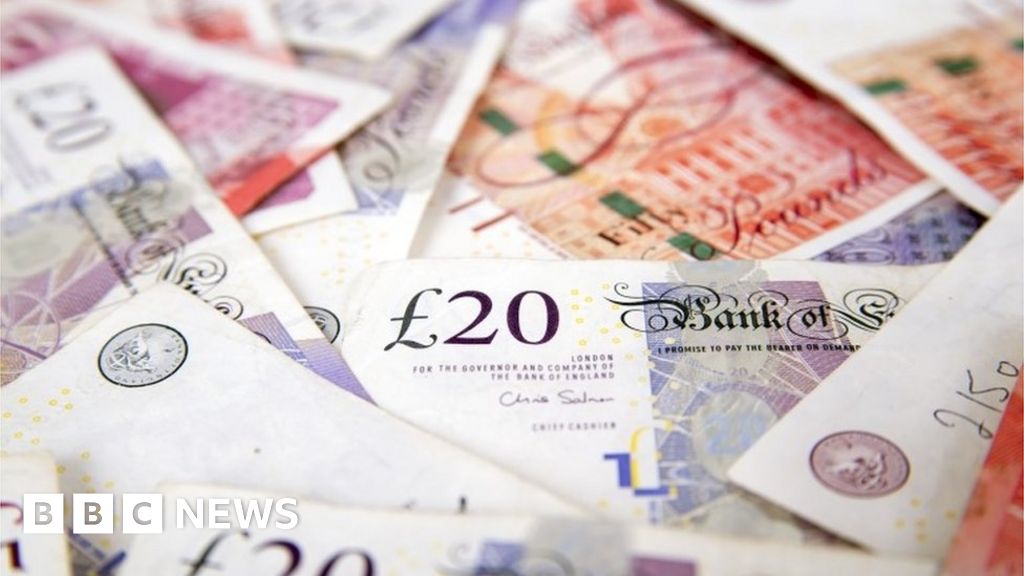 Call for probe into 'missing' £50bn of UK cash

The money has disappeared from circulation and is unaccounted for, say MPs and auditors.
www.bbc.co.uk

And before anyone says - I haven't got it

Dave said:
And before anyone says - I haven't got it
Click to expand...

four poster beds normally have the posts above the mattress !

That was an interesting read. I doubt they will worry about my £225 tucked away.

That's quite a sum even if you take into account criminal activity, drug dealing, money laundering etc

Geoff P said:
That was an interesting read. I doubt they will worry about my £225 tucked away.
Click to expand...

thought that too, but if you multiply yours, mine and joe bloggs countrywide, it must add up to a fair old amount

They scrapped and re introduced high value notes in India a few years ago. People were hoarding 500 & 1000 rupee notes for various reasons, they then had to take them to a bank to redeem them, so the government could get people for tax dodges, the older notes were also widely forged.
S

Can remember as a kid playing in old derelict houses that all the big bedrooms had a loose floor board to hide their money under.
N

UK population is about 67 million
so perhaps 50 million adults?
that's approx £1000 each on average then
M

ukzero1 said:
It wasn't me, I wasn't anywhere near it and can prove it. I wasn't here, so must have been somewhere else, and if I was somewhere else then how could I have been there? ?
Click to expand...

You could have been a money laundering gang master. Not touching the money just master minding the operation. LOL

Zerkalo said:
That's quite a sum even if you take into account criminal activity, drug dealing, money laundering etc
Click to expand...

I’ve said before when my mate was selling his house a Pakistani took 80k in cash to buy it, another lad who works for em on their refrigeration repairs says he has had up to 10k given to em in cash.

melvyn said:
You could have been a money laundering gang master. Not touching the money just master minding the operation. LOL
Click to expand...

I have a stash and they are not getting it as it's not illegal.
N

I keep my fishing winnings as cash (to pay for pools and bait).
It's usually quite thin ... dipped to about £60 earlier in the season
healthy again after my lucky autumn draws!!
W

Zerkalo said:
That's quite a sum even if you take into account criminal activity, drug dealing, money laundering etc
Click to expand...

Does that refer to Geoff P above?

When I was a youngster working for a bank in a very rural community there was a change in the banknotes - £20’s I think and customers were bringing in the old notes to swap for new or bank them.

We had several farmers who were bringing in black bin bags covered in soil and full of notes they wanted to exchange - obviously keeping the cash buried safely in the farm. All told there would have been into the hundreds of thousands of pounds secreted away.

Similarly we had care home staff bring in bags of cash that had been found in the mattresses of elderly people admitted to their care - one of the jobs for the junior cashiers was to don latex gloves and count it by hand as it was almost always damp, yellow and smelly.

When my dad died (Alzheimer's) we were clearing his room out and under the mattress was about 50p in coppers and 3 bus passes does that count?

Conjouring money out of thin air ?
2