The Environment Agency has replenished fish stocks at 9 locations across 4 rivers in East Anglia.

From: Environment Agency Published 13 May 2021 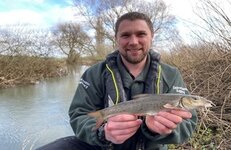 Barbel, chub, dace, roach and common bream have been released across four rivers in East Anglia.

24,000 fish, grown at The Environment Agency’s Calverton Fish Farm, have been released at fisheries and rivers in Cambridgeshire, Milton Keynes, Bedfordshire and Suffolk.
The fish consisted of barbel, chub, dace, roach and common bream.
2,000 barbel were stocked along the Great Ouse at 3 locations which benefited 4 fisheries. The fisheries were: 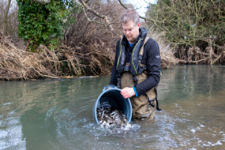 Fisheries officer, Chris Middleton, releasing some of the 24,000 fish during the restocking.
6000 chub and dace were released into the river Ivel at 3 locations. This benefited:
Brandon and District Angling Club also received 6,000 chub and dace these fish went into their stretch of the Little Ouse downstream of Brandon Staunch.
5,000 roach and 5,000 common bream were stocked into the Cambridge Fish Preservation and Angling Society stretch of the River Cam downstream of Baits Bite Lock. 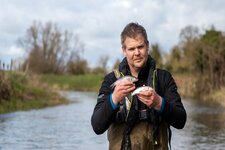 These specific locations were chosen as they provided the most suitable habitat for juvenile fish. Also due to on-going joint habitat enhancement projects between the angling clubs and the Environment Agency’s local fisheries team.

Chris Middleton, a fisheries officer for the Environment Agency, said:

It was great to be able to boost fish numbers across four rivers in East Anglia. This valuable work was made possible thanks to fishing licence income.
Click to expand...

That's a very interesting definition of East Anglia including Bucks and Herts.

That should keep the otters well fed for a week or two!

Clampdown on illegal fishing in Derbyshire

£58,000 invested in fisheries in Essex, Norfolk and Suffolk