Albert having a lie in while I put breakfast on

Just had a real scare.
We have an old Staffi type terrier that we rescued in Spain around 11 years ago. Not sure exactly how old she is but I would guess around 14.
She is still pretty sprightly and loves her walks. She was out with us this evening and decided, for whatever reason, to go for a sprint up the hill.
When we caught up to her she was lying on a side, not moving and didn't seem to be breathing. I really thought we'd lost her.
Thankfully, after 30 seconds or so, she started to move and breathe and within a couple of minutes she was standing up looking a bit puzzled.
We rested for a while and then slowly walked the few hundred yards home.
She seems fine now, lying on a bed and having a fuss made.
She was diagnosed a couple of years ago with a heart murmur which doesn't seem to cause too many problems. It seems likely that this was a faint caused by overexertion and hopefully she won't be doing it again any time soon. Have to say though, it was a real scare. 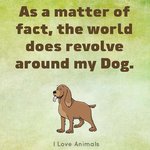 Get the knots out of this one 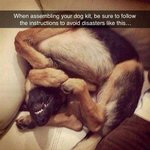 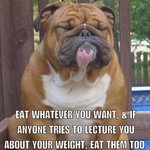 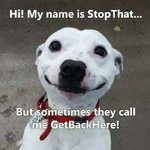 The “I’m only looking after it for ya” look