I hope videos don't slow down over winter as I need to get my fishing video fix. Who are your favourite anglers on YouTube?

I particularly like Rikki Richards videos and the calm brummie way he explains things as well as doing a variety of fishing to a high standard.

Then there are the usuals, James Robbins, Jon Arthur, Dave Roberts and the forums own Halton Dangler. 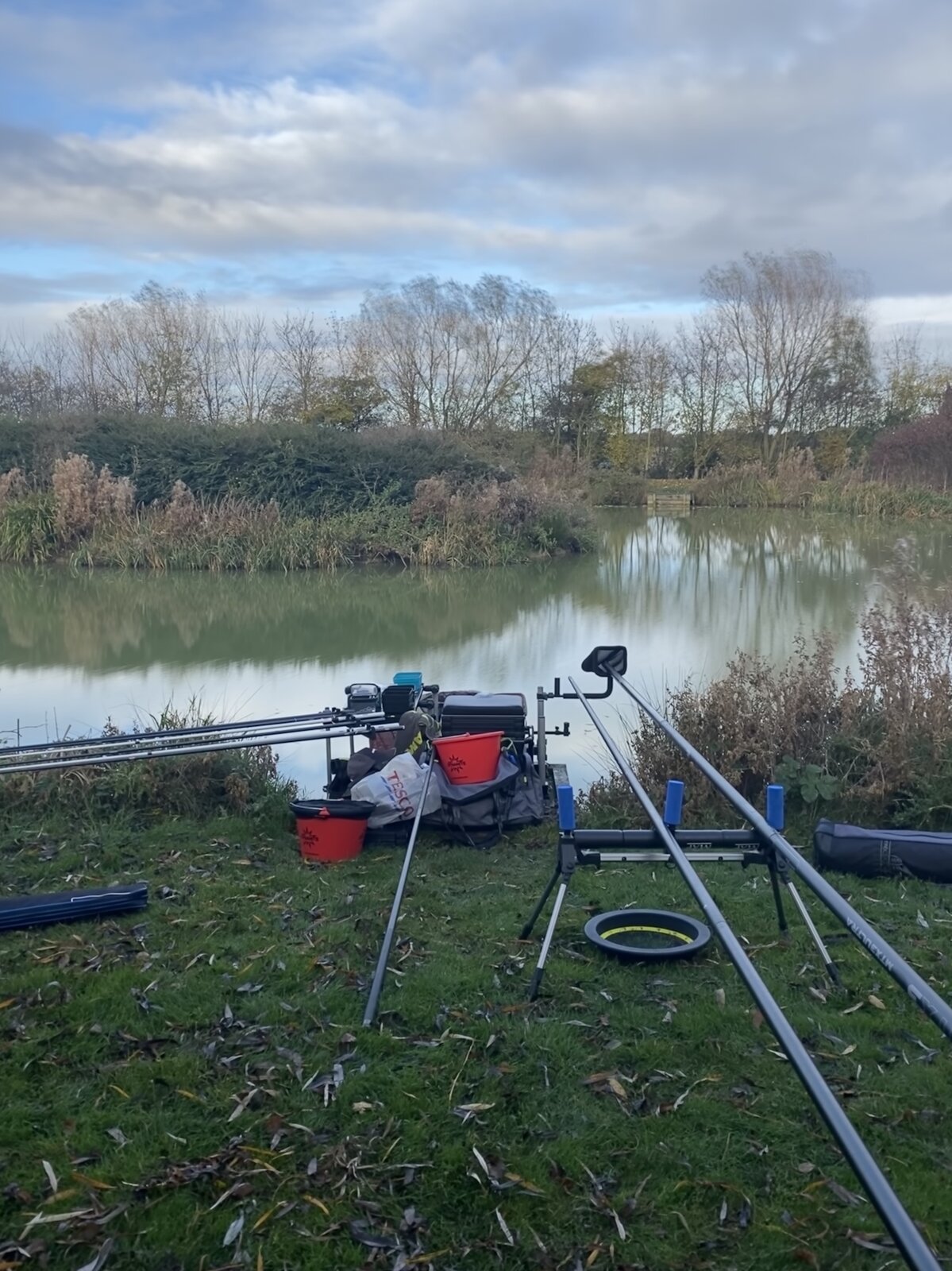 Fur and Feather, Lawn Farm Fishery
Not done one of these in a while, so here goes…..

Sunday last was the Fur and Feather match for the Sunday match group I joined at the start of the year.

Venue was Lawn Farm, 49 anglers across 3 lakes, with 4 sections of 7 on Honeysuckle, 2 sections of 7 on Crabtree and 1 section of 7 on Cherry. Match prizes for 1-3 in each section, plus the usual raffle etc afterwards with food and drinks laid on.

Weather forecast was for dry and cold, 2-3C with a 15mph northerly and feels like temp of 0-1. No frost overnight though which was a bonus.

During the summer months this lake produces well, with 100lb weights required to frame. Quarry is mainly carp 1-6lb, with a few bigger and some decent bream and assorted silvers.

Having fished this venue 3 times, all on Honeysuckle, and drawn pegs 13 and 15 twice, which are both almost as far as you can get from the car park and in the most unfancied areas of the lakes, I was keen to draw somewhere else. Anywhere else.

True to form, Honeysuckle 19 came out, which is literally the furthest peg from the car park, however at least I was only fishing for section prizes this time around.
(Snake lake at bottom, peg19 very far bottom left corner) 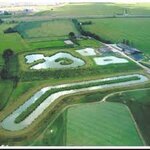 When I eventually got to my peg it looked ok…. 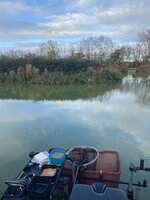 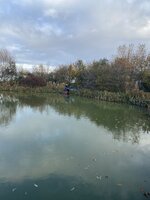 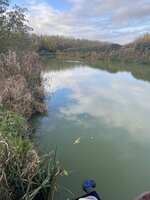 Having watched loads of YouTube vids this week in anticipation of the cold snap, I had decided to give punched bread a go, the plan being to start the match dobbing along the reeds opposite. I had about 3 foot depth there, and planned to start just off bottom and adjust as I went along.

I also set up a track line in 4-5 ft, a line to my right in 6 foot, and a line to my left at the bottom of the margin slope in about 3 foot. Margins are too shallow at 18 inches, and it slopes quite steeply.

Bait tray was bread, maggot, micros and expanders, with some Groundbait for the silvers line. Pretty simple.

What I wasn’t planning on was having to fish at the full 16m to reach across. Most of the pegs on the main sections of this lake are reachable at between 13-14.5 metres. Whilst I’ve had a 16m pole a few months now, I’ve only used it at full stretch a couple of times, and only for 20-30 minutes at a time. Time to pull on my big boy pants and grit my teeth. On went the half butt and at the all in i shipped it across with some trusty Warburtons and lowered it in.

All around me was a similar story, everyone having similar game plans it would appear. After a couple of missed bites I decided to shallow up a bit, and found my first fish at 2 feet depth, a 2lb common hooked firmly in the top lip after about 10 minutes.

The rest of the first hour saw another 3 similar sized fish into the keepnet. The angler to my right hadn’t had a bite, however the guy to my left seemed to have figured something out, I think he had 12 fish in the first hour.

My catch rate slowed throughout most of the match, I was regularly adding weight to the net, however apart from one spell in the middle where I had 3 fish in 10 minutes, it was nothing spectacular.

I had a brief foray onto the other lines for about 15 minutes each without a bite anywhere, and tried dobbing maggot across instead of bread, had a couple of fish doing this but no different to the bread in terms of catch rate or fish size.

At the whistle I was knackered, cold but confident I’d avoided last in section, despite the guy to my right landing a double just before the end I was confident I’d got enough to beat him. Not so much the other side though, he’d continued catching all day at a ridiculous rate.

Packing up and awaiting the scales I realised that using a short 3 had affected the length, if I’d gone with the long 3 I might not have needed the extension. Not sure it would have been too much more comfortable though, and the short 3 makes the pole (MTX3) a bit stiffer and quicker in the strike.

Turns out the guy to my left was a well-renowned open circuit regular in the area, he weighed in 132lb

I weighed in 32lb 4oz, seemed like a poor return for 5 hours graft. Finished packing up and took the long walk back to the car, catching up with some of the lads on the way back. Aside from my neighbour and the flier sections of pegs 1-9 and 28-35 it had fished quite hard by all accounts.

Loaded the car and headed off to the big barn where the food and prize giving would take place. Availed myself of a hot drink and a sandwich and had a chat with a few more anglers, including the bloke from the next peg. Turns out I had the right idea, he’d been dobbing bread all day at depths from 12 inches to 2 feet. When I asked him what he did to keep them coming all day he told me they were just there, no big secrets. The guy the other side of him had 12lb doing the same thing.

As for the results, I ended up 3rd in section, beaten into 2nd place by 4oz

, but ended up with a bag of thatchers for my efforts.

The next 40 minutes was a mixture of raffle and draw activity (everyone fishing got drawn out at random and selected a prize box with a load of goodies in it. I ended up with 3 more bags of Groundbait, some pro-expanders, a pole elastic, some whisky miniatures and a couple of Preston ICS feeders, plus another bag of thatchers and some wafters from the paid raffle.

Then it was off home to warm up and watch the footie and the NFL, with a bottle of red. A decent day in the end 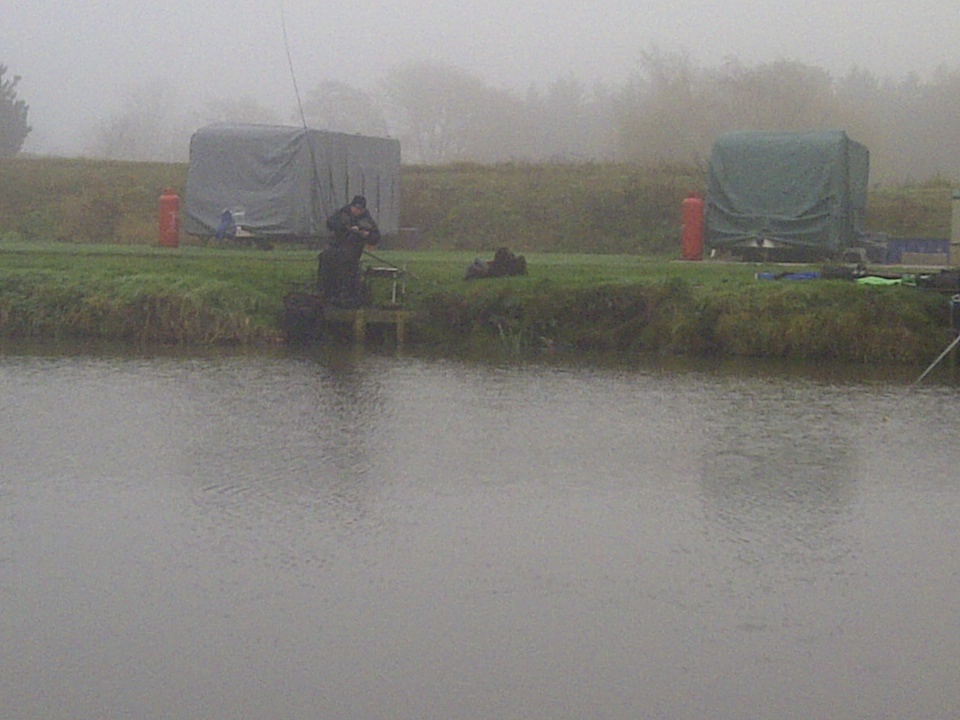 Pole or bomb/feeder when it gets cold?
What's your prefered method when the water temperature drops, the fish start shoaling up, the water clears, and you have to start working for your fish?

- Pole and work the swim looking for the fish but at the same time risk spooking them with the water clarity?

- Feeder and hope to attract one that's still feeding?

- Bomb and no feed, just searching the swim until you land on the fish?

Or any other method I've missed?

I went fishing yesterday, the first day of the cold snap. Temps between 0' -3'C and mist/freezing fog.
I thought I was properly prepared, but to be honest, I wasn't. I had my new Milo Pro B&B and jacket, which is waterproof and windproof, but not well insulated. The problem was I was not wearing enough of the right things underneath it.
I fished from 10.00h-14.30h and, tbh, didn't feel particularly cold. My feet were cold, but no shivering or teeth chattering. It was only when I stopped that I noticed how bad I felt, I was staggering and when I bent down to put my pole in the holdall I just fell forwards. I was sluggish and disoriented and still had a 45 min drive to get home. I was also alone.
I decided to get into my car and get the heater on, but it was over 30 minutes before I felt even close to normal, let alone fit enough to drive. I finally drove home with no issues, but was I impaired? without a doubt, luckily the roads here are very quiet.
On reflection, I almost certainly suffered a low grade slow onset hypothermia, the type that can creep up on you without you really noticing, especially as you get older. I am 73 with a history of two strokes and a heart condition, along with poor circulation to the extremities, so I am a perfect candidate and should have known better.
A timely reminder, especially for our more mature members:
Don't overdo it and fish for too long. Stop if you start to feel strange.
Dress adequately, proper preparation. Food and hot drinks.
When I fell over I was close to the edge of the lake. Had I fallen in I would have died, there was no one else around.
If you start to feel bad, get into shelter, car or building, and rewarm.
Use your phone to get help if you have to and do it now. You might not be able to later. Looking back, it is what I should have done.
Enjoy your fishing, but be aware, cold is sneaky and can kill you 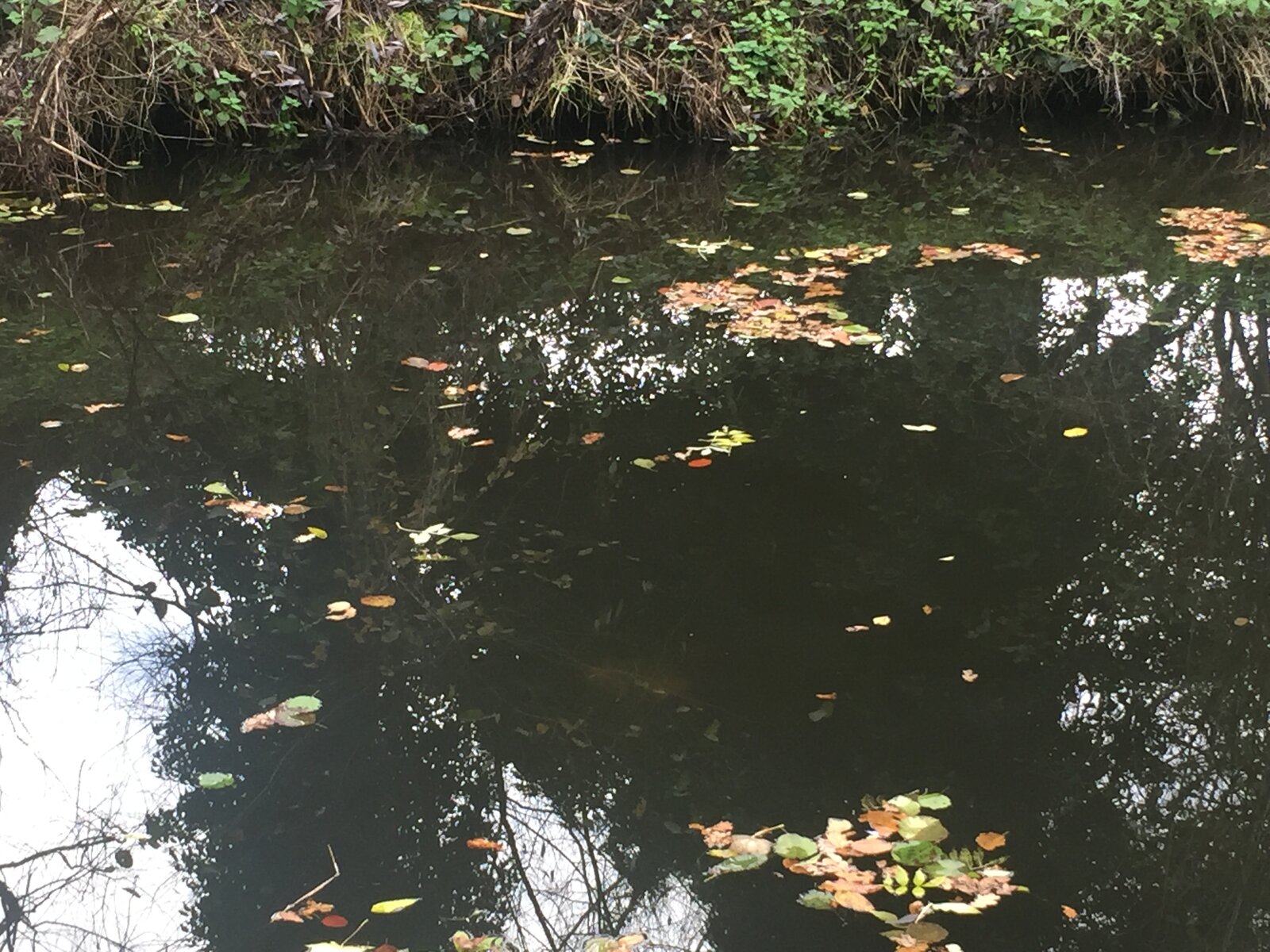 Clear water
My recent attempt on the local canal got me thinking about water clarity again. I cupped my liquidised bread in down the boat track, the deepest part of the canal at about 3', and could see the bread on the bottom. If I stood up, I could see my punch hookbait on the bottom. Too clear for me and so I only gave it 30 minutes and packed up. Saying that we always used to fish canals in winter, I can remember them being obviously clear, but don't recall having only 3' down the track. It means for me, my local canal isn't really a viable venue as you'd have to have at least a bit of boat traffic and colour to stand a chance of catching.