My next session when the weather sorts itself out will be for Crucians, little bars of gold. It was already established after my session last year that the fish in my venue are not 'true' Crucians due to the presence of Brown Goldfish and Carp, but to me, for all intents and purposes, unless I catch a record which is highly unlikely, they are Crucians.

Last year on my only session I had about 10 Crucians, 5 Brown Goldfish and 5 Koi type things, some of them a very good size so I'm looking forward to this year even though it might be a bit harder as it was a lot warmer last May.

The lake I fish is 20' deep in places. I tried casting a feeder out last year, only a few rod lengths out and it was seemingly bottomless with the feeder taking longer to hit the bottom than it does at a very deep big Bream lake I fish, so very deep for only small lakes.

But being so deep, and being Crucians, this means the best way to catch them is on the marginal shelf anyway.

I will be fishing a light waggler probably fished 'refined lift method' style as described by Martin Bowler just off the tip of the rod. That's what I did last year anyway. Some people have suggested the slider to me but I don't think the fish will be in the deep water.

I have some Middy Canal Grey style floats which although not my first choice of float, will do for this kind of fishing without having to buy some ones I've seen that look like Drennan Visi Wags but are unloaded and slightly more bodied, not sure what they're called.

Bait wise I will take Maggots, Casters, Sweetcorn and a few 4mm pellets. Keeping it simple. Last year maggot was the best bait as Corn attracted Carp but it meant I had to fish through a lot of Roach and Perch to catch the Crucians, but at least they will guarantee bites for my dad if we don't catch any Crucians.

You can always tell when you hook a Crucian though from the hard but dizzy fight they give.

Has anyone caught any Crucians so far this year? Where they 'true' Crucians? If so how did you catch them?

23 teams of 10 competed for the Stillwater Commercial Team National title at the prolific Drennan Lindholme Lakes near Doncaster. On the day, a cold easterly wind put paid to any bumper catches for this match but at least it didn’t rain and catches still remained reasonable for most and this led to the closest nail biting finish seen at a National for many a year. A matter of grams separated not only the Individual result but also the Team result.

Josh Turbill (Preston Innovations & Sonubaits North West) scraped the Individual win by the narrowest of margins of 140gms when he weighed in 57.800Kg from Laurels peg 15. Very close behind him was Tom Edwards (Daiwa Tackle & Bates) who weighed 57.660Kg from Bennys peg 56. Third place went to Connor Barlow (Drennan North West) with 55.700Kg from Laurels peg 19 and 4th was James Howarth (Drennan North West) with 47.825Kg from Bennys peg 60.

On the team front a tie on points at the top was decided on weight count back and a mere 790gms separated the top two. Drennan Barnsley Blacks and Daiwa Tackle and Bates both posted 94pts scores, but Barnsley were crowned champions and presented with a cheque for £2500 by fishery owner, Aaron Grantham, after their total weight of 278.225Kg just pipped that of Tackle & Bates’s 277.435Kg. Preston Innovations & Sonubaits North West came in 3rd with 87pts and last years winners, Drennan North West finished 4th with 85pts.

The Angling Trust would like to thank all the staff at Drennan Lindholme Lakes and the AT team for running an excellent match on the day.

No kit in AD now we know why. 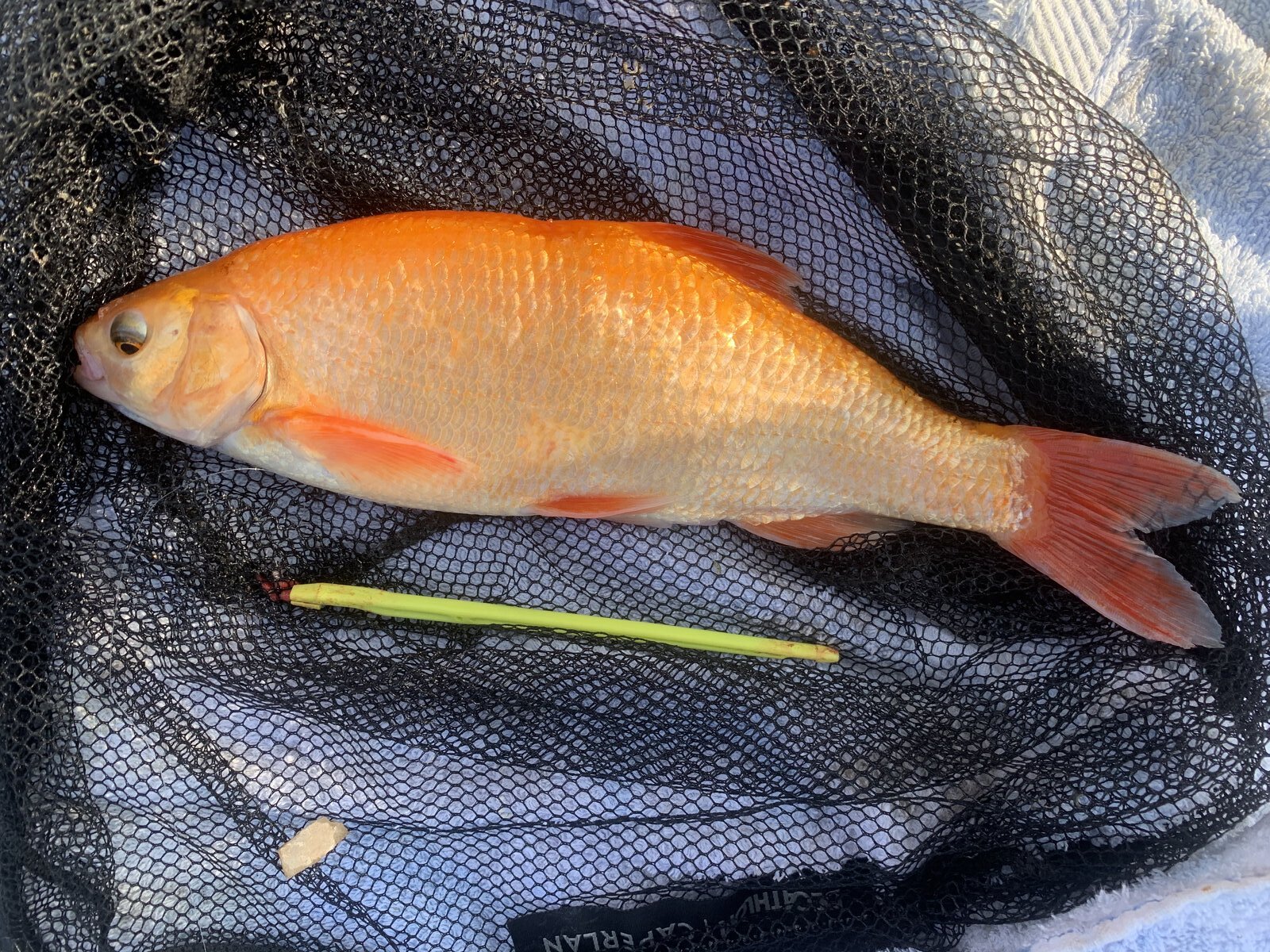 Is this just a goldfish?
Forgive my ignorance 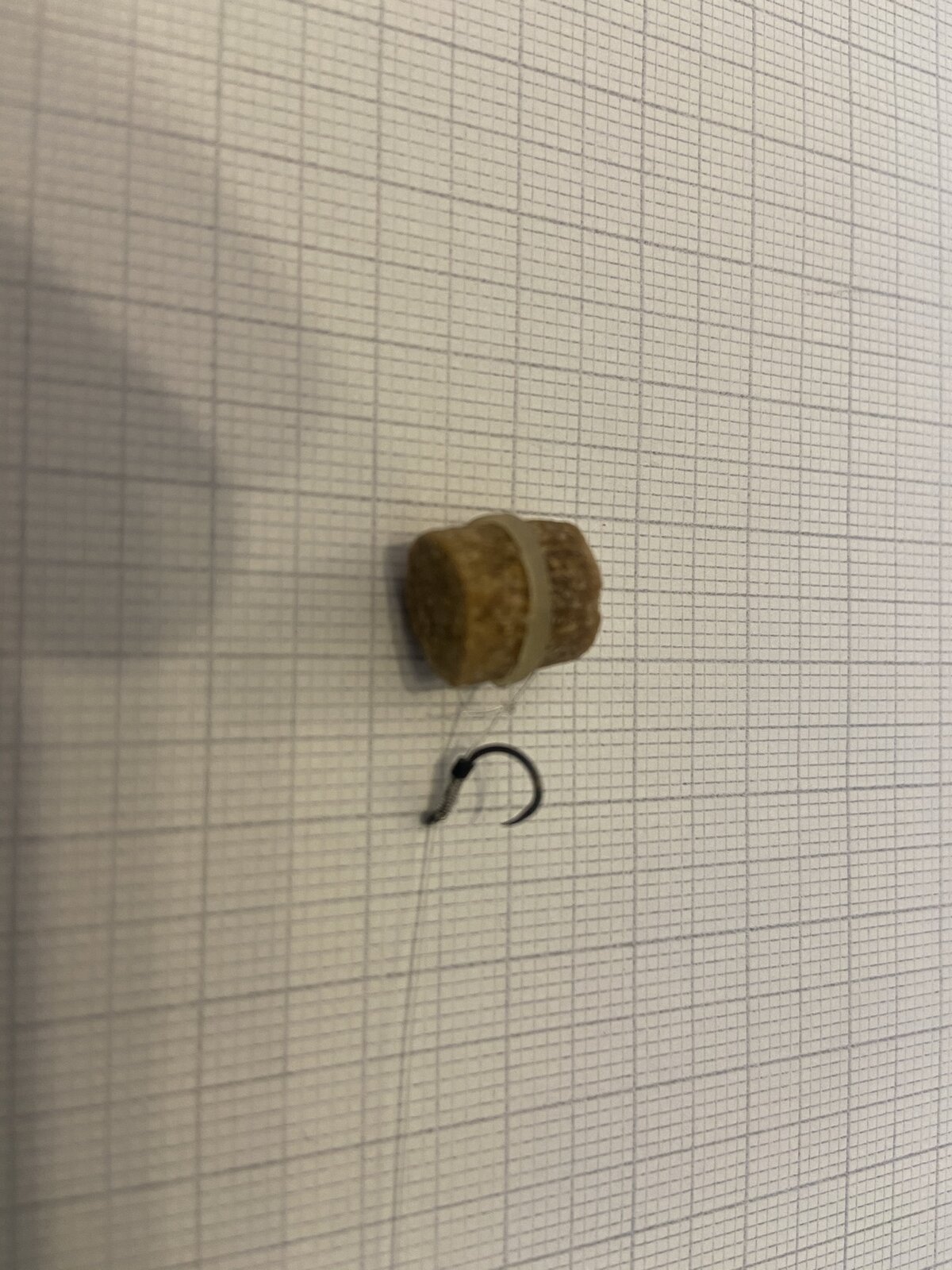 My hooks for float fishing get tied with no hair.

If I am float fishing and decide to switch to hard pellet as a bait then am I better off switching hooklength to one tied with a band or can I get away with hooking a banded pellet onto the bottom of the gape ?

Would I be significantly decreasing my chances of the hook penetrating a lip and getting a good hold with the ‘lazy’ option or is it something done regularly by people? 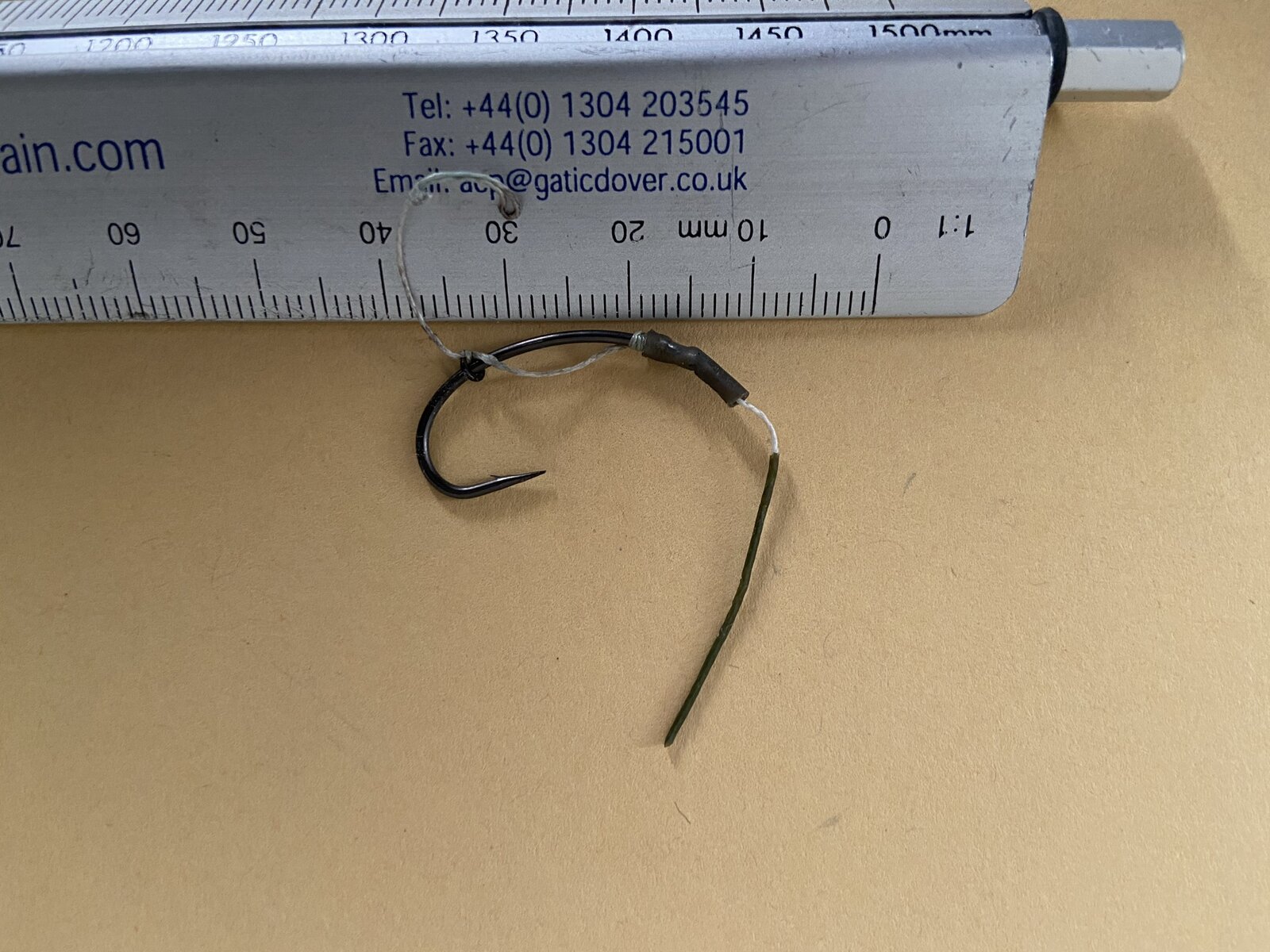 Inappropriate tackle for a little lake
I had a little session Sunday on my local - Neville Park - and one of the fish I caught, a lovely 5lb common had the following embedded in its bottom lip:

It had been there a fair while, there was a deep gash in the lip with healed and unhealed tissue so I removed the hook carefully (trusty forceps in the seatbox) and treated with the Korda carp repair kit that lives in there too.

Now this is a tiny water which has carp only in it, the largest of which I’ve heard of to date is 17lb and the biggest I‘ve had out is 14lb - they will take pretty much any bait you lob at them and I’ve used method feeder, whip, pellet waggler and bomb all with great success.

The biggest hook I have used on there is a 14 QM1 and even that feels huge to me coupled with 0.17mm hooklength.

I know it’s the pleasure angler / match angler in me that is wound up by this but why on earth would anyone feel the need to be fishing gear like this on such a small easy water ? Are they watching too much Monster Carp or YouTube videos of specimen anglers hunting down 40’s & 50’s?

This isn’t a dig at carp anglers, after all carp is all I catch on there which by default makes me a carp angler, but surely some shred of basic common sense would tell you gear like this isn’t necessary on a venue like this?